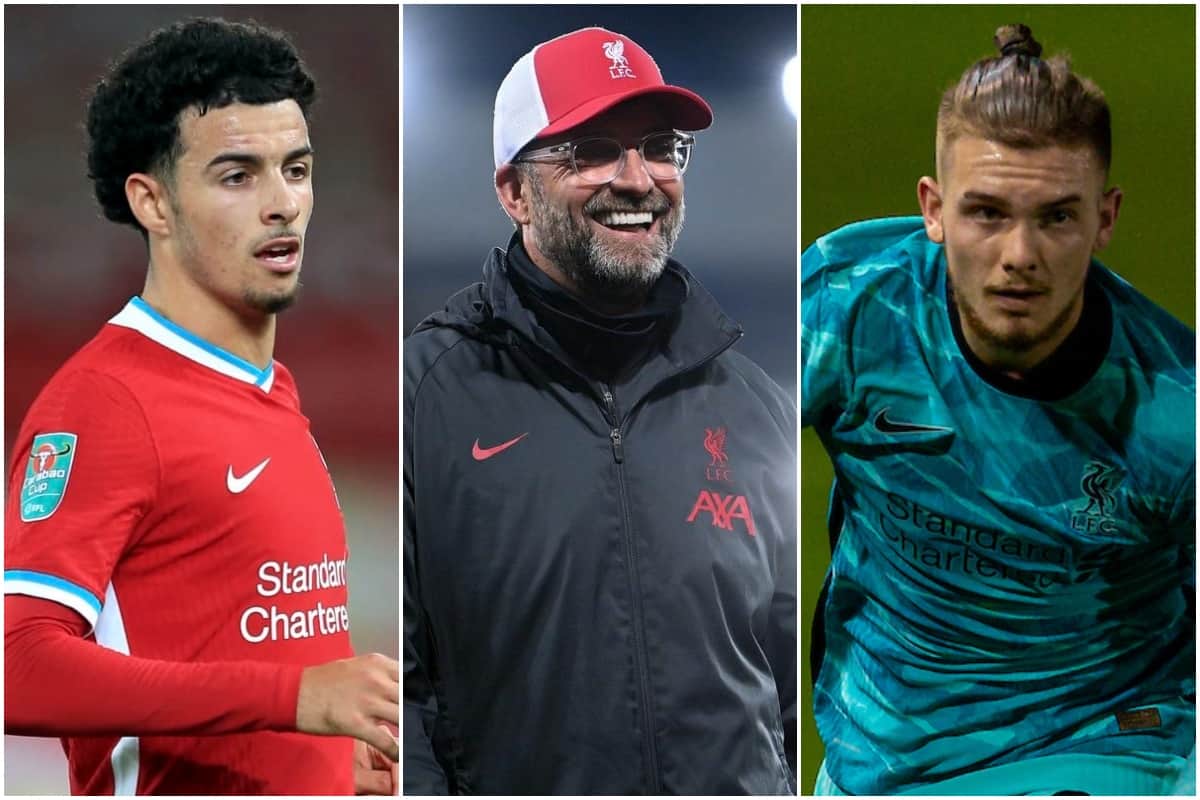 Jurgen Klopp has manned the touchline at Anfield for nearly six years and as much as he focuses on the here and now, there will always be an eye cast toward what comes next.

Evolution is always just around the corner, the need to adapt to new surroundings is key and for Liverpool, it is no different.

Tactically, the Reds have been on a journey since the manager arrived and further changes are required to see the team reach the heights of English and European football once more.

The club have a long list of talent at their disposal for the immediate, medium and long-term to assist with such evolution – in addition to those who have yet to even arrive.

Liverpool constantly keep their finger on the pulse and are not afraid to turn over every stone in the pursuit of success and their next evolution could be in the hands of these five or more players.

Season 2020/21 proved to be a breakthrough year for Jones, with his development clear to see from one game to the next as Klopp showed his trust in the youngster.

Now an established first-team regular, the room for growth remains – as does his influence to the side, with a Gini Wijnaldum hole still to fill. It may be that Liverpool look elsewhere, but Jones is built in a similar mould to the Dutchman.

Klopp has consistently looked to temper expectations on his young stars, but even at 20, Jones is a headliner for the next crop of talent.

Oozing confidence, there’s no challenge too great and he is primed to blossom further as he learns alongside the likes of Jordan Henderson, Thiago, Fabinho and James Milner.

And there form the foundations of what is around the corner as Jones can progress up the field and have an impact on the scoreboard – as shown by his four goals and five assists last season, the most of any other Red midfielder by some distance. 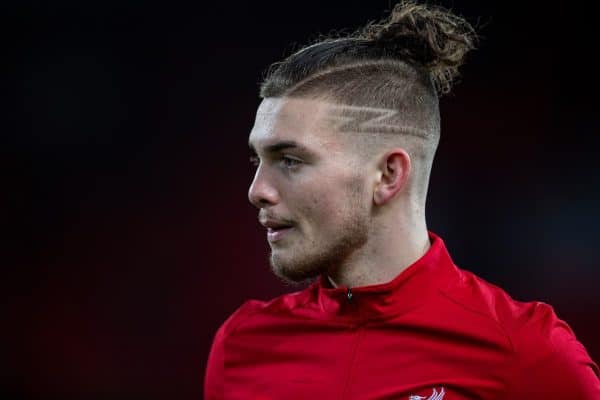 The teenager is one who already has thousands of eyes cast in his direction as he continues to make his way in senior football, with his successful loan at Blackburn attracting more fans.

Only 18, Elliott has already assumed the title as one of the most exciting young players to emerge at Liverpool in recent years and he is seemingly never too far away from hitting the headlines – for all the right reasons.

A total of seven goals and 11 assists was evidence of his seamless transition into regular first-team action in the Championship, with his maturity on and off the field beyond his tender years.

He offers a versatile option across the final third and midfield, is comfortable on either foot, and while perhaps not an immediate choice for Klopp, he’s someone capable of moulding to different formations.

With tactical tweaks constantly required, Elliott is certainly looking as one who will be a key component in Liverpool’s next evolution.

“I am confident we are signing a player who can play for us right away, but he is a boy of 22 years of age who has room to improve because of his massive potential,” Klopp’s words say it all.

A wealth of potential to tap into, Konate’s age and experience provide the lucrative option as a player for the current and for the future – with 95 appearances already under his belt with RB Leipzig.

The 6ft 4 defender arrived with a long list of admirers and working being able to work alongside Virgil van Dijk, Joe Gomez and Joel Matip will only elevate his game further.

He may be raw but his desire to bring the ball out from the back and win aerial duals makes him a player Klopp can mould to his liking in the bid to see him grow into a key pillar.

The oldest of the bunch, Jota represented a quality alternative to the fearsome trident that has defined much of Klopp’s time at the club.

And while injury would disrupt his debut season, a return of 13 goals in 30 appearances provided instant justification for his switch as a new dimension to the attack emerged.

While one who has already caused change around him, and at 24 Jota represents the future amid an ageing forward line. His presence has already allowed for the use of a 4-2-3-1 system alongside the readily favoured 4-3-3.

With a number of strings to his bow in terms of positioning and goal threat, Jota is part of the new guard and will likely be joined by new faces in attack this summer or next.

Neuhaus or another new signing?

And this is where Liverpool and Klopp’s intentions are set to make themselves known, with the pursuit of targets providing a glimpse at what is to come.

Take Florian Neuhaus, the Reds have reached out to the Borussia Monchengladbach midfielder’s representatives and with a press-resistant and progressive passing profile, he would help relieve the pressure elsewhere to make a scoreboard impact.

His arrival would represent an evolution in itself, while the pursuit of another attacker who is able to consistently compete for a starting place, akin to Jota, would also likely usher in another player in their early 20s – Patson Daka is a prime example.

With those who have helped guide Liverpool to silverware in recent years edging closer to 30, restoring the next generation while not taking a hit to experienced heads will be key for the next stage of the Reds’ evolution.