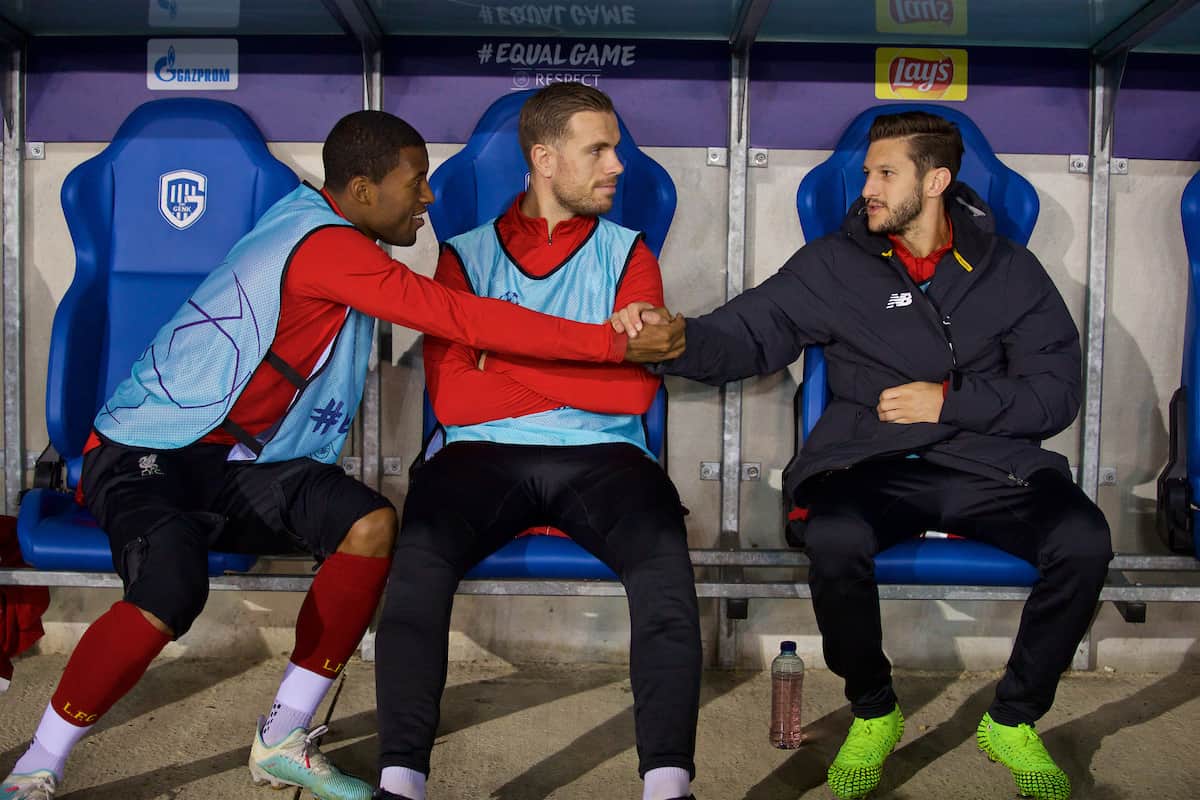 Adam Lallana has named Andy Robertson as Liverpool’s “natural successor” to Gini Wijnaldum, with the Dutchman having vacated an important leadership role.

When Jurgen Klopp put it to a squad vote, Wijnaldum was named the Reds’ ‘fourth’ captain, which saw him behind only Jordan Henderson, James Milner and Virgil van Dijk in the pecking order.

That led to the No. 5 captaining Liverpool on a number of occasions towards the end of his time with the club, but he has now left to join Paris Saint-Germain on a free transfer.

The debate is ongoing over how best to replace Wijnaldum on the pitch, but an important decision is required when it comes to filling his role in the dressing room, too.

Lallana believes that Robertson’s proven leadership as Scotland captain makes him the “natural successor” to the 30-year-old.

“With Georginio Wijnaldum having left this summer, there is a place alongside Jordan, Virgil van Dijk and James Milner in the senior leadership group that is now free,” he wrote in his column for the Times.

“Robbo would be a natural successor in my opinion.”

Though Mohamed Salah and Trent Alexander-Arnold could both lay a claim to that fourth spot in the captain’s group, it is Robertson who arguably has the stronger credentials.

Lallana, who left at the end of the title-winning campaign to join Brighton, went on to detail Robertson’s “draining” efforts whenever he joined up with the Scotland squad.

“When I was at Liverpool, you could see how much he invested into going away on international duty,” he continued.

“How difficult it was for him at times and how much pressure he put on himself to try to make sure the team delivered to create new history.

“You cannot change anything on your own but he would come back to the club drained because, during that week and a half away, he had been trying to ingrain a certain culture within the Scotland camp.

“When you are at Liverpool you are privileged to be part of an elite group.

“He did not want to be the player at Scotland who expects things done in a certain way to suit him because you are with a set of lads from different clubs with different philosophies. But Robbo was intent on driving new standards.”

Hammering the point home, the former England midfielder said Robertson’s position is “[like] what Cristiano Ronaldo does for Portugal.”