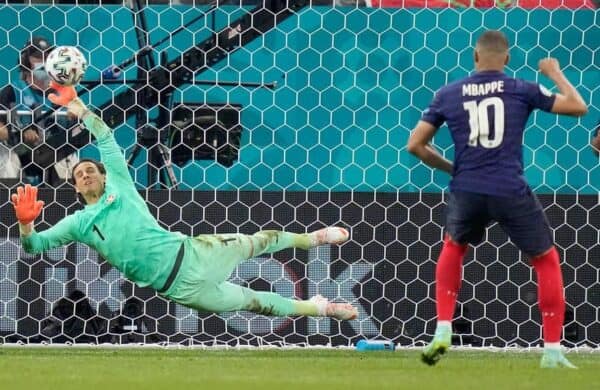 What a day. It’s hard to decide if after a couple of games such as Monday provided us at Euro 2020, we should immediately dive back in or take a week to savour it! No choice, however: today are the last round of 16 games.

Tuesday might see the most eagerly anticipated last-16 clash taking place, as England face Germany, but it will have a tough time matching the drama, excitement and all-round footballing lunacy from the most recent two games.

We’ve just seen, without question, the best day so far at Euro 2020: two games, both going to extra time, a massive 14 goals and a penalty shootout. Plus one of the most bizarre own goals ever, of course.

Round of 16 talking points

Harry Kane. The England striker and captain has had an absolute stinker so far, but has been full of talk in the build-up to this about how he has been saving himself, playing himself into the tournament, being prepared to go the distance.

There’s no more time for anything else: now he has to perform. He has been largely carried so far by his team-mates – and Raheem Sterling shouldering the goalscoring burden in particular – but there’s surely no room to get past Germany without all 11 pulling their weight.

After a brilliant season for goals and assists, the No9 needs a huge performance to help see the nation into the last eight.

The outgoing Germany boss hasn’t quite found the right formula in his last 12 months or so on the job, but he won’t want to exit against one of the national team’s biggest rivals. Or this early in the competition.

He’ll surely stick with his 3-4-3, but will he make changes in midfield to be more combative – Leon Goretzka in, perhaps – and get his calls right in attack?

As for the Three Lions’ boss, he has talked a good game for years. The route to the final is fairly clear now for any side which finds consistency to go with quality, so can he finally put the side together to pick up a big victory over a major country at a finals?

…Mbappe being so committed to joining the Reds that he sabotaged his own tournament to make himself more affordable!

Mbappe to Liverpool. Doesn't need to take pens as we never win them.

Mbappe and Jota both being back early for pre-season could be massive for Liverpool in the first few weeks of the season.

Jordan Henderson is likely to play a supporting role from the bench for England – no other Reds are in action today.

Swept up in the euphoria and madness, we’ll predict an England win on penalties after a 2-2 draw, before Sweden come from behind to beat Ukraine in the ‘yellow shirts derby’.