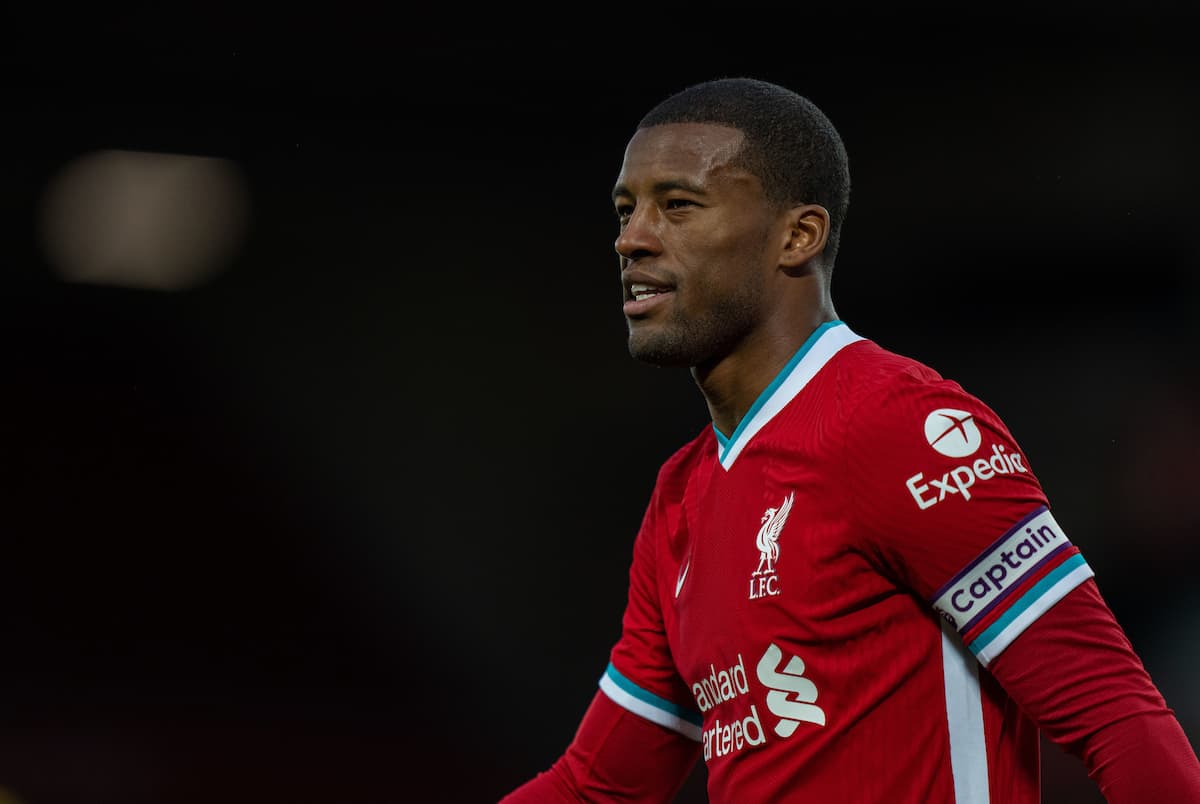 The future of Gini Wijnaldum is not expected to be resolved until after his Euros campaign, and Paris Saint-Germain are now “trying to hijack” Barcelona’s move for the midfielder.

That is according to ESPN, who reports that the French side have made “a much more generous financial offer” than the Catalan giants.

PSG’s name being tied to Wijnaldum is not new having been credited with “strong interest” back in February for the free-agent after no extension with Liverpool materialised.

The 30-year-old, however, has long been expected to sign with Barcelona with his agents having met with the club’s hierarchy following the conclusion of Liverpool’s season.

The ties to former national boss Ronald Koeman were readily peddled throughout 2020/21 and a reunion appeared only a matter of time in what would be their third free signing of the summer, following on from Sergio Aguero and Eric Garcia.

But with Frank de Boer insisting “players will have to be patient until after the tournament” to undergo medicals as he looks for all focus to be on the Netherlands’ Euros campaign, the door remains ajar.

And PSG are reportedly eager to jump on the opening, with ESPN claiming Wijnaldum is now “leaning towards a move to Paris” instead.

They say sources at Barcelona have “expressed doubts about completing the singing” of Wijnaldum, who is officially out of contract with Liverpool on July 1.

PSG remain adamant that Mauricio Pochettino will remain at the helm amid continued rumours tying him with a return to Tottenham as they plot a return to the top of French football after Lille’s title win.

The French side are no strangers to attracting free agents having landed the likes of Ander Herrera, Eric Maxim Choupo-Moting and Dani Alves in recent years in part thanks to being one of the few clubs capable of splashing the cash with their wage offers.

With Wijnaldum currently in the Dutch camp until at least June 21, speculation over his future will continue as his talent rightly attracts interest from across Europe.