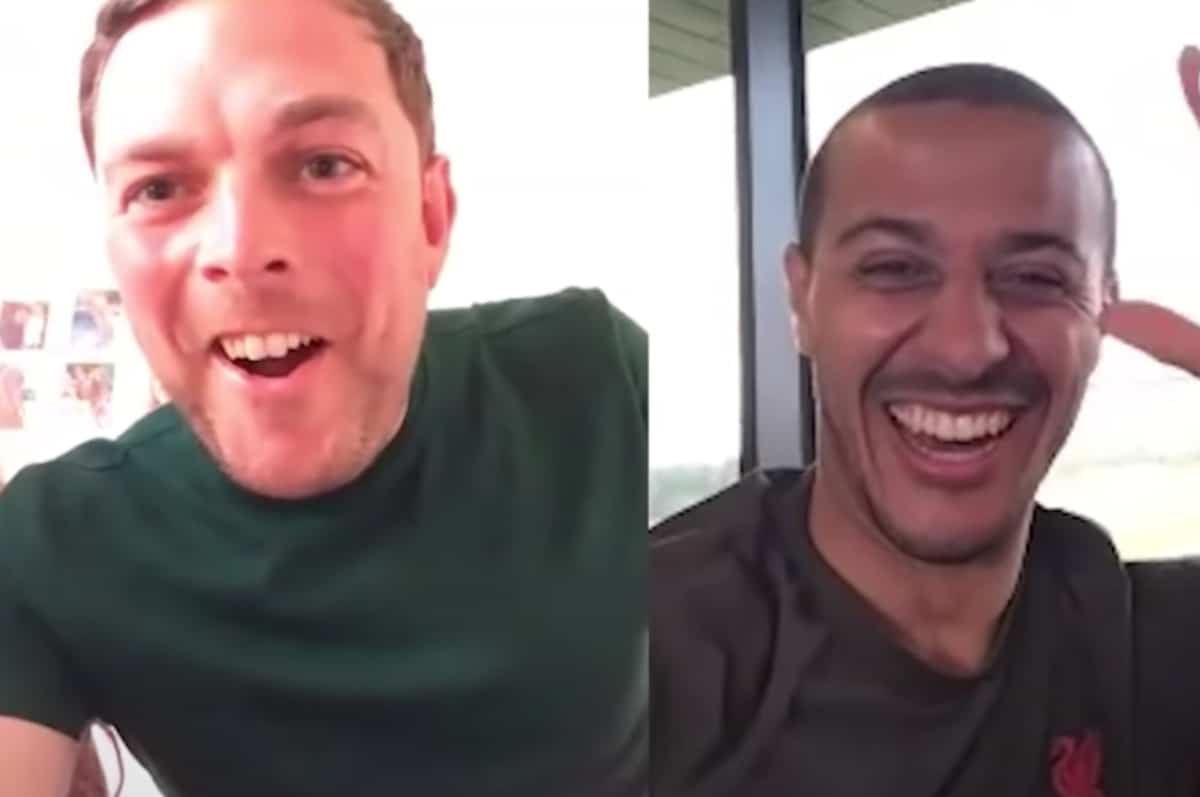 Thiago surprised boyhood Red Lee in a heartfelt video call to celebrate Father’s Day, where a number of incredible gestures came his way after a tough year.

This Liverpool squad are a class act, consistently reaching out to the local and wider community to spread smiles and goodwill throughout what has been an incredibly tough period.

And Thiago was the latest to surprise one unsuspecting Red after five-year-old Thea nominated her dad for being “the best daddy in the world.”

Lee was diagnosed with rectal cancer late last year and his daughter, and fiancee Amanda, reached out to the club as “he deserves a surprise for everything he does for me.”

And our No. 6 was more than excited to be the one to jump on a video chat and surprise Lee with a heartfelt chat and a few incredible gifts:

“I can’t believe this, this is just mad. I’ve got a season ticket since I was 8 or 9 and I can’t wait to get back to the game. Can’t wait to see you and sing your song!” Lee said.

“At first, it was obviously shocking and upsetting and that. It was something we didn’t expect but we’ll get over it and just being really positive, that’s the only way you can be,” Lee added on his diagnosis.

But by the end, all were buzzing and with huge smiles as Lee was delivered some special news in conjunction with Nivea Mean, who sponsored the video.

Lee is to have the cost of his season ticket covered in 2021/22 and will be invited to the club’s new Kirkby training centre to meet the team once things return to normal, while a holiday cancelled due to the pandemic will also be rescheduled when safe to do so.

“I’m speechless for once!” was the reaction.

But the star of the show in Thea was also extended an invitation to be a mascot at a Liverpool game – one she snapped up despite brilliantly admitting more than once that she doesn’t like football and would “rather go shopping with mummy.”

A truly incredible video and one can only echo Thiago‘s last words: “Lee, thank you for fighting, thank you for giving me a boost of energy and the Liverpool family as well. I wish you the best of luck with treatment!”