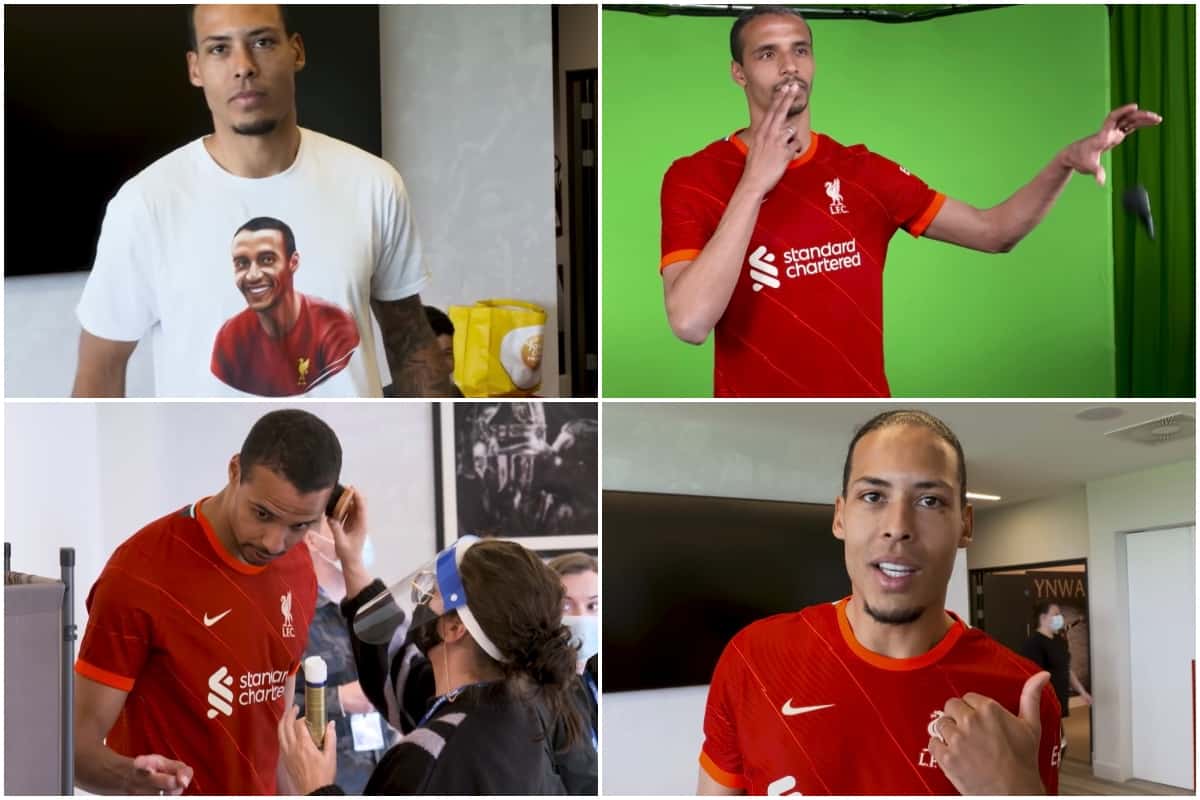 Joel Matip was the unwitting star as Liverpool held their media day with the new Nike home kit ahead of 2021/22, with Virgil van Dijk showing his centre-back partner love.

Matip may be a frustrating player in terms of his availability, but he is one of the most captivating characters in Jurgen Klopp‘s squad – though not by his own design.

The ‘No Context Joel Matip‘ parody Twitter account, which shares memes and gifs of the lanky No. 32, now has 68.7k followers, with more content provided by the club on Tuesday.

Liverpool held their media day to showcase the new home kit towards the end of last season, with players taking part in photoshoots and filming footage for social media channels.

In a behind-the-scenes video, Van Dijk takes centre stage, and it is his love for Matip that shines through, even going to the lengths of wearing a custom t-shirt with the 29-year-old’s face on it:

“The legend. One of a kind. I love the man,” Van Dijk told the cameras, before Matip himself arrived for his media duties.

He went on: “He doesn’t like it, but I love the man! This guy’s a legend, he will do so many good gifs that we can all use and enjoy.”

The club’s media team had the players recreating gifs, including a mic drop, with Matip the perfect candidate to the enjoyment of Van Dijk and Alex Oxlade-Chamberlain.

Matip signed a new five-year contract with Liverpool in October 2019, but has been limited to just 25 appearances over the last two seasons due to persistent injury issues.

This has led to speculation over his future role, particularly with the signing of Ibrahima Konate from RB Leipzig and the emergence of Nat Phillips as a reliable backup option.

But the Cameroonian is clearly a hugely popular figure within the squad, and provided he is able to return to full fitness following a season-ending ankle injury, he will remain a valuable option for Klopp.