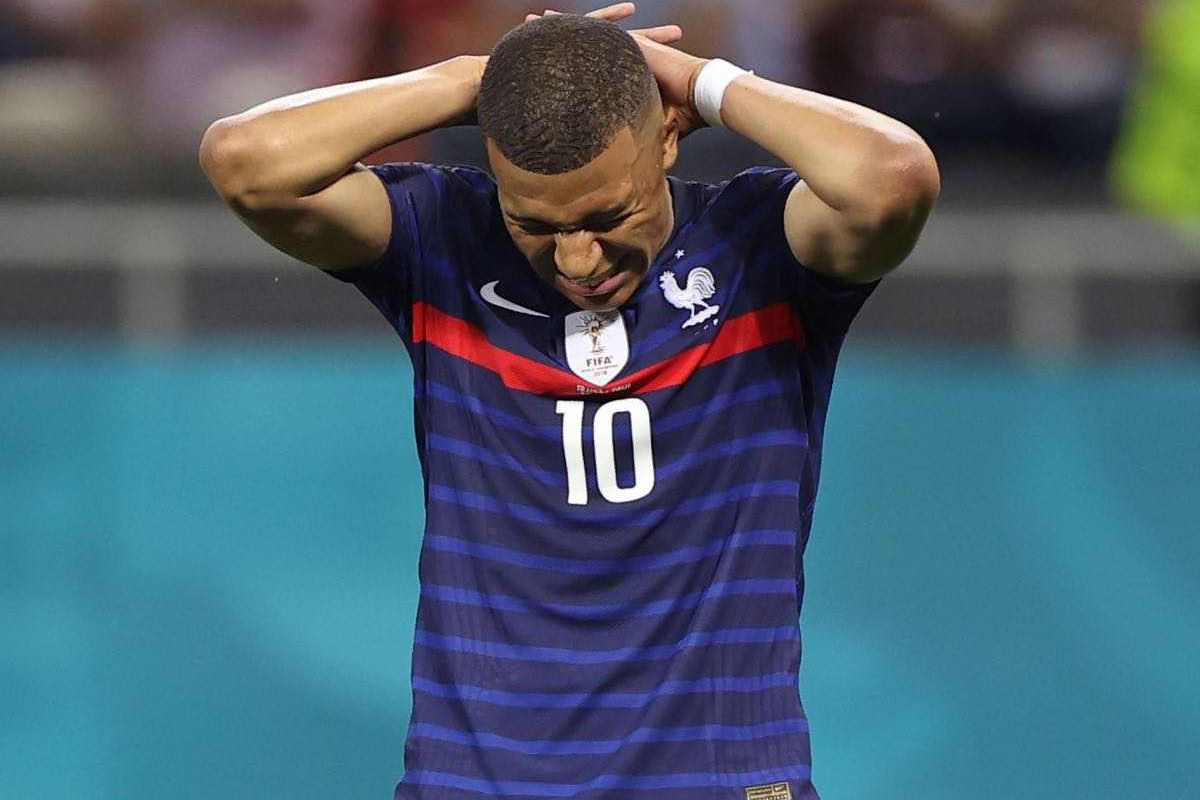 France exited Euro 2020 after a 5-4 penalty shootout loss to Switzerland on Monday, with Liverpool fans opening an invitation to Kylian Mbappe after his decisive miss.

With nothing to separate France and Switzerland in their 3-3 draw in Bucharest, it came down to spot-kicks following a pulsating 120 minutes of action.

It was a shootout that saw three centre-backs – Fabian Schar and Manuel Akanji for the Swiss, Presnel Kimpembe for France – step up and score, with every taker producing an excellent finish.

That was until Mbappe marched to the spot with the score poised at 5-4 in Switzerland’s favour, the PSG striker knowing it was him or bust.

? SOMMER SAVES MBAPPE'S PENALTY AND SWITZERLAND HAVE KNOCKED FRANCE OUT!!! ?

Yann Sommer proved the hero, then, as he dived correctly to keep out the 22-year-old’s effort, which saw the world champions drop out of the Euros at the last-16 stage.

Mbappe trudged off the pitch as the fall guy, and will now head into a summer of speculation as he enters the final year of his deal with PSG on Thursday.

Liverpool are known to have an interest in the French talisman, but whether they can afford his reported £600,000-a-week wage demands on top of a potential £100 million transfer fee is another matter entirely.

That didn’t stop fans taking to social media to link his penalty miss with an imminent switch to Anfield, however…

Mbappe and Jota both being back early for pre-season could be massive for Liverpool in the first few weeks of the season.

Klopp helping the Swiss team knockout France to get Mbappe back for preseason training for Liverpool. My manager. pic.twitter.com/z1gzeDnxnG

Mbappe to Liverpool. Doesn't need to take pens as we never win them.

Mbappe lowering his price tag with these performances just to join Liverpool this summer. Honestly, what a guy.

Mbappe missed to reduce his price tag for Liverpool, 3D chess from him pic.twitter.com/zAkIpJVJli

Does this mean Liverpool can get Mbappé on the cheap this summer? #EURO2020 pic.twitter.com/6tn1fG3Bjo

It's okay Mbappe. You're still welcome to Liverpool ??????

14 goals in two games, Swiss going through, Pele breaking Mbappe transfer news. WTF is going on? The end is near. https://t.co/51SK1lPydg

At least Kylian Mbappe can put his feet up and get some rest ahead of the Tranmere pre season game.

He's getting hounded out of France and straight into our arms. ?

"Just knock a few million off his value lad so The Reds can swoop in" #Mbappe2021 pic.twitter.com/hdtKudjNgs

Just proves he can't wait to get to Anfield, obviously.

In reality, it is unlikely Liverpool will be able to seal a deal for Mbappe this summer, though the young striker has expressed his admiration for Jurgen Klopp‘s side on a number of occasions.

The talk will continue, though, so long as there is interest from Anfield – which, given his generational quality, will remain throughout his career.

Mbappe is claimed to have informed PSG of his desire to leave the club, either this summer or on a free in 2022, so perhaps there is still cause to dream of France’s No. 10 playing in red.