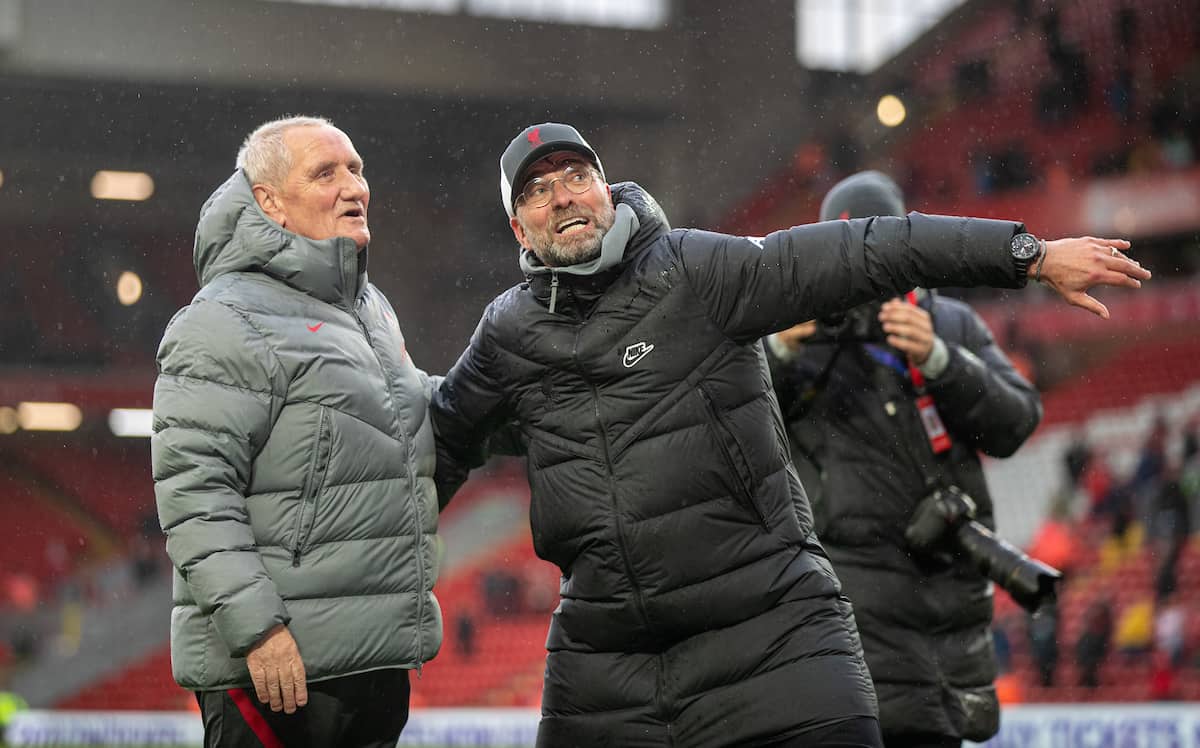 Following the departure of Liverpool’s legendary kit man Graham Carter after 35 years of service, the club have promoted from within to fill his shoes in the dressing room.

Carter was given a fitting send-off at the end of the Reds’ Premier League campaign, having announced his intention to retire after three-and-a-half decades.

The popular backroom figure initially began work as a coach driver, before taking up the role as first-team kit man in 1999 following an invitation from Gerard Houllier.

Along with Gini Wijnaldum, Carter was given a guard of honour at Anfield after Liverpool’s 2-0 win over Crystal Palace, with Jurgen Klopp hailing him as “the best kit man I ever had.”

“Father figure, grandfather figure, whatever you want,” the manager added. “What a guy. What an important person for LFC.”

Filling Carter’s role will be a tall order, and Liverpool have opted to promote from within for a crucial position within the matchday routine.

The club have confirmed that Lee Radcliffe will take Carter’s role in co-ordinating all kits for games at both Anfield and on the road, including for trips across Europe and further abroad for pre-season. 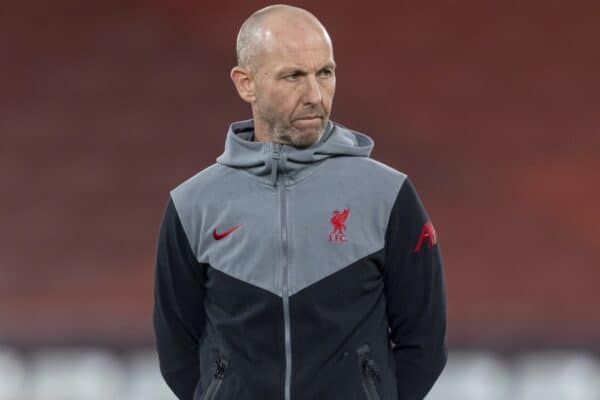 Radcliffe will be supported by Brendan McIlduff, who has stepped up from his role as academy kit man from this summer.

McIlduff previously served for the Scottish FA, before joining Liverpool at the start of 2015, and in his seventh full season with the club will be tasked with providing for Klopp and his world-class squad.

While it may be seen as a minor change in the backroom, the role of kit co-ordinator is essential to ensure everything runs as smoothly as required for a top-level football club.

The promotion of Radcliffe and McIlduff is likely to be one of the only changes to Klopp’s staff this summer, after a thorough shakeup of the medical and analytics teams throughout 2020.