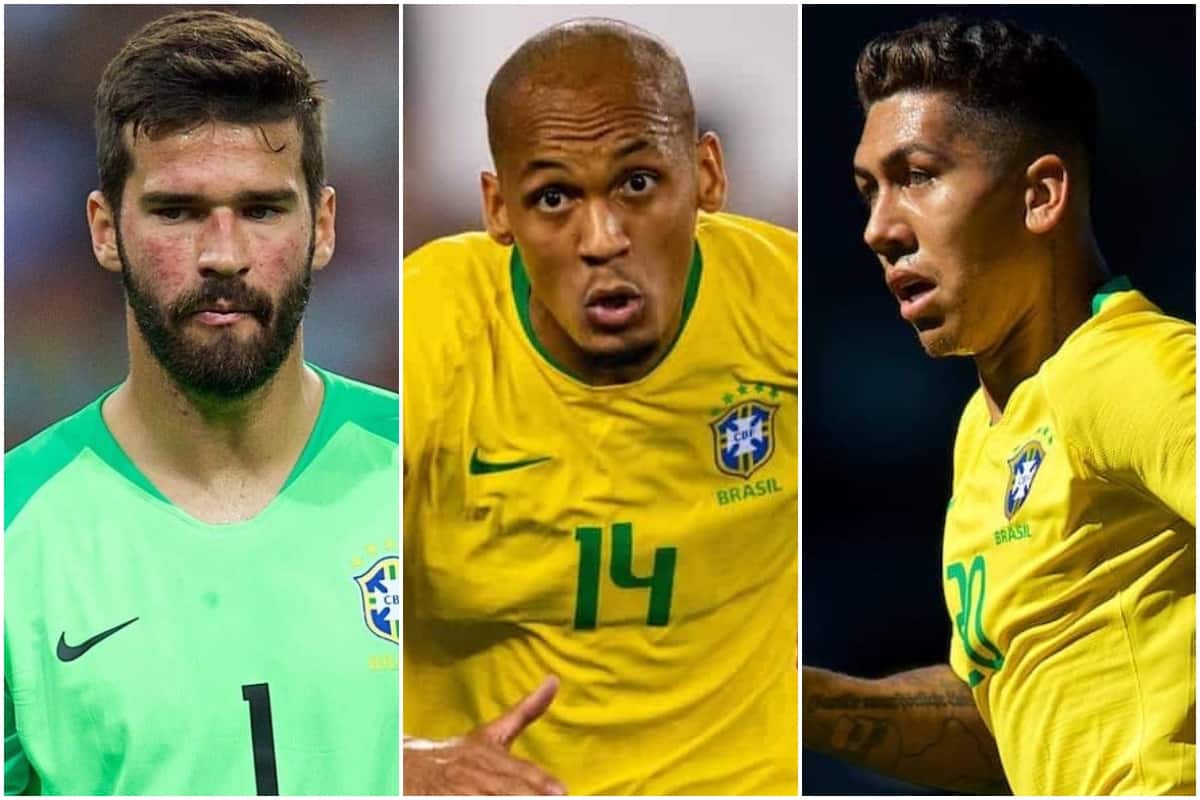 Alisson, Fabinho and Roberto Firmino all started for Brazil in their final group game of Copa America, but it resulted in disappointment as they drew 1-1 with Ecuador.

Brazil are hosts and front-runners for this year’s Copa America, having qualified for the quarter-finals after just two of their four games in Group B.

It became three victories in a row as the Selecao put Venezuela (3-0), Peru (4-0) and Colombia (2-1) to the sword, ahead of Sunday’s clash with Ecuador in Goiania.

Manager Tite, who has rotated his side throughout the tournament so far, made the rare decision to start all three of his Liverpool players.

Only once previously, in a 2-0 friendly win over the United States in 2018, had Alisson, Fabinho and Firmino started alongside each other for their country, despite their world-class quality.

That day, Fabinho was fielded as a right-back, but he was in his favoured midfield role at the weekend as one of nine changes.

The game was a dead-rubber for Brazil, having already topped the group, but they still harboured hopes of a perfect start to the tournament, which were boosted as Eder Militao opened the scoring in the 37th minute.

But it was a fairly even game deservedly levelled by Ecuador substitute Angel Mena after the break, with Alisson given no chance with his sweetly struck effort from close range.

Firmino struggled to get into the game and was brought off just after the hour mark, while Alisson and Fabinho played the full 90 minutes.

Brazil are forced to wait until Monday night to discover their opponents in the quarter-finals, with Paraguay, Chile and Uruguay all contenders for fourth spot in Group A.

It remains to be seen whether any of Tite’s Liverpool trio would start that game, with Alisson having the best chance of doing so as a convincing first-choice goalkeeper ahead of Ederson and Weverton.

Alisson and Fabinho have both started two games at Copa America so far, with Sunday being Firmino’s first start – and given his lack of impact, potentially his last.