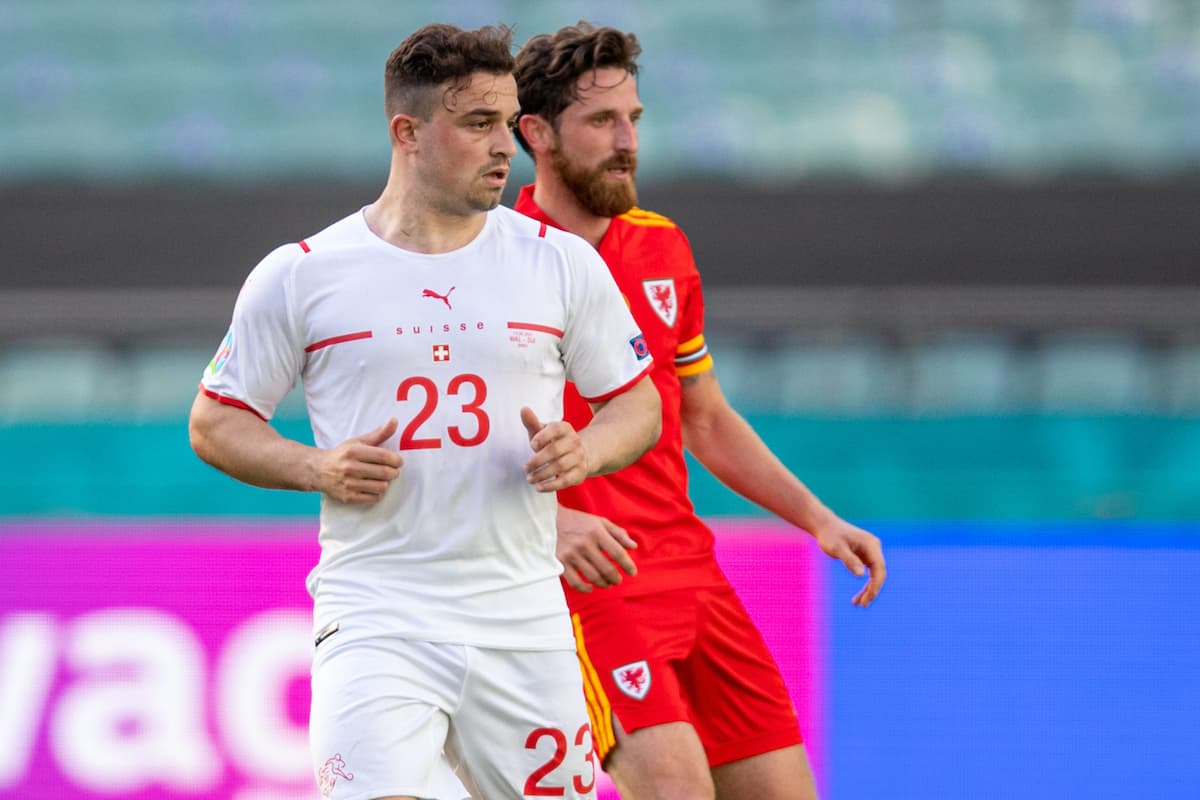 Vladimir Petkovic lamented how Switzerland “became more passive” after he subbed assist-maker Xherdan Shaqiri in the 1-1 draw with Wales, but insists it was essential.

Shaqiri was the only Liverpool player to feature as Wales came back from a goal down to grab a point in their first game of Euro 2020, with Neco Williams and Harry Wilson both unused.

The 29-year-old, who started as a No. 10 for the Swiss, made his mark by teeing up Breel Embolo for a headed opener with his excellent inswinging corner.

No player created more chances than Shaqiri (four), but Petkovic made the decision to substitute him in the 66th minute in Baku, replacing him with rumoured Reds target Denis Zakaria.

Wales fought back into the game and sealed a 1-1 draw through Kieffer Moore’s header, and after the game both managers highlighted Shaqiri’s withdrawal as the turning point.

However, Petkovic stressed that it was the right decision as he manages Shaqiri’s fitness for the rest of the tournament.

“He showed a good performance but I also thought about the next matches where we need him and I wanted to create more stability in midfield,” he said, as reported by the Guardian.

“We became a little more passive but this is not only our fault because Wales had to risk more and they had to put in a stronger performance.” 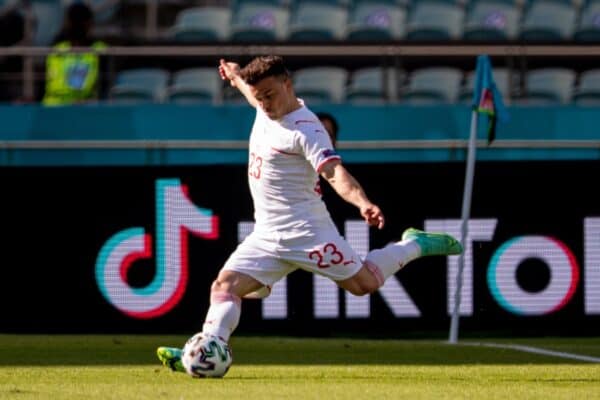 For Wales manager Robert Page, it was Shaqiri who was causing all the problems in the opening hour, with his assessment perhaps even food for thought for Jurgen Klopp.

“Shaqiri was causing us a few problems with the counter-movement, where he was going in behind and the centre-forward was dropping in,” he told BBC Sport.

“Which we dealt with, just unfortunately the gaps started to appear second half, and when you play teams like that they exploit the gaps.

“We became a little bit too stretched and ultimately we’ve conceded from a set-piece.”

Though Shaqiri is not a focal figure for his club, he continues to show his worth when called upon and this is magnified when he plays for Switzerland, for which he is arguably still the jewel in the side.

Liverpool are believed to be willing to allow Shaqiri to leave in the summer transfer window, but the question still remains whether it would be the right decision to part ways with such a unique, game-changing talent.