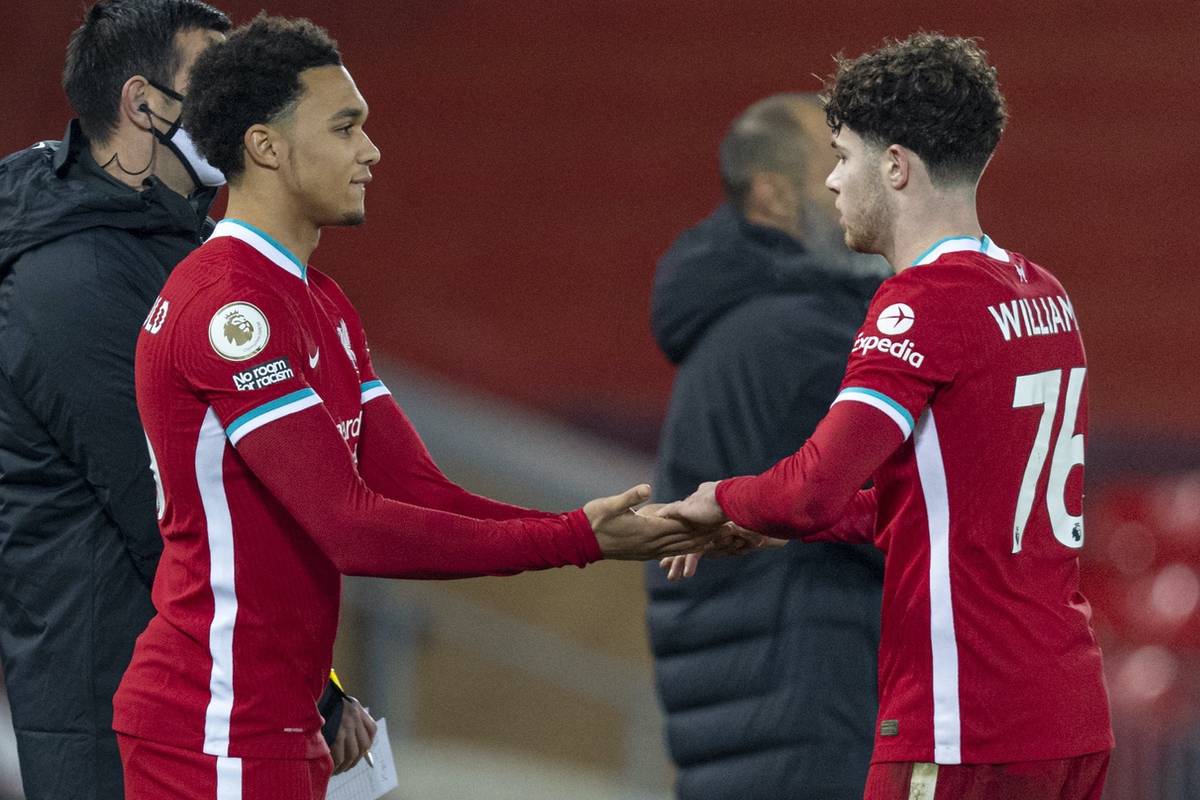 With Liverpool expected to allow Neco Williams to leave the club in a £10 million deal this summer, fans are less than impressed with the reported plans to replace him.

It had previously been reported that Williams would remain with the Reds into next season with a view to gaining more experience rotating with Trent Alexander-Arnold.

But it is now widely claimed that Liverpool will allow the 20-year-old to leave in the transfer window, with Southampton, Leeds and Burnley among the sides interested.

A £10 million price tag has been set, and Williams is likely to push for an exit upon his return from the Euros with Wales, with their last-16 clash set for June 26.

According to The Athletic‘s James Pearce among others, however, the club will not sign another right-back to replace the youngster, instead looking for in-house solutions.

Namely, these will come in the form of Joe Gomez, who has vast experience at right-back but is a natural centre-back, and 17-year-old academy defender Conor Bradley. 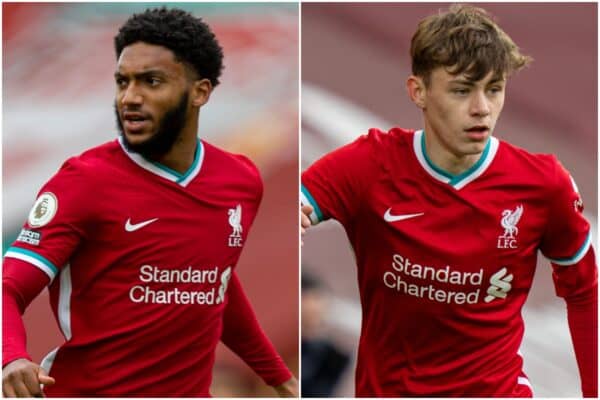 Gomez is yet to return from a long-term knee injury, while Bradley’s only senior experience came with a four-minute cameo for Northern Ireland in their post-season friendly against Malta last month.

Understandably, supporters have expressed their concerns over the rumoured plans if Williams leaves, with reservations over Gomez in particular:

You can't go into the season having Joe Gomez as your backup to Trent. A centre-back can't replace one of the most creative players in Europe.

Anybody who thinks Joe Gomez after his 3rd serious knee injury and second on the same leg will running back and forwards at RB next season is on something I swear. Man will be a back up CB next season. Milner, Ox, Fabinho and Konate might all be used there if needed.#LFC @LFC

We better sign Adam Smith, or Joel Ward or even Juanfran rather than forcing Joe Gomez or new academy player playing as RB

I can’t believe after the season we’ve just had we’re going to go into a season making the same mistake of outright refusing to have like for like back ups. Joe Gomez is an excellent CB. Shouldn’t be playing RB. If we don’t have back ups we’re going to look at more injuries.

"No replacement expected to be signed as Gomez can provide cover and Conor Bradley has caught the eye." https://t.co/hfyjdViW56 pic.twitter.com/K1X5bs9l7l

I’ve got no issue if the club are looking to sell Neco Williams.

I do have an issue if Joe Gomez becomes our backup RB.

Enough with the square pegs in round holes bullshit.

“No replacement expected to be signed as Gomez can provide cover and Conor Bradley has caught the eye” https://t.co/X1izDSAhnq pic.twitter.com/FvdFdIEHm8

When it comes to Bradley, the issue is more in throwing an inexperienced teenager into the deep end too early:

To put it in perspective Conor Bradley is 17 years old who has only played handful of times for the U-23s, ya klopp defo saying I don't need a back up replacement because of him, honestly who still buys this sort of nonsense…

Love Conor Bradley to bits but he's at roughly the same stage Neco was at that age and I wouldn't have wanted Neco anywhere near the first team then https://t.co/Z1vOVvbWLC

Huge fan of Conor Bradley but I fear the expectations of him being TAA's understudy next season may ruin his development in the exact same way that it has done with Neco.

Gomez/Konate/Milner all decent for a few games but not ideal. Conor Bradley one to watch coming up from the academy but he’s not 18 until next month. Got to be a proper replacement for me, but not easy to find a suitable option for sensible money.

Whether these plans are genuine or not remains to be seen, and even if they are they could well change in the coming weeks, as has been the case in the past.

There is scope for Gomez to shift over the right-back on the rare occasion Alexander-Arnold is unavailable, with Ibrahima Konate brought in to bolster the centre-back ranks, but they are far from the same profile of player.

It is a familiar issue for Liverpool under Jurgen Klopp, who prefers a smaller squad with fewer specialist options, but this could be a decision that comes back to haunt them.