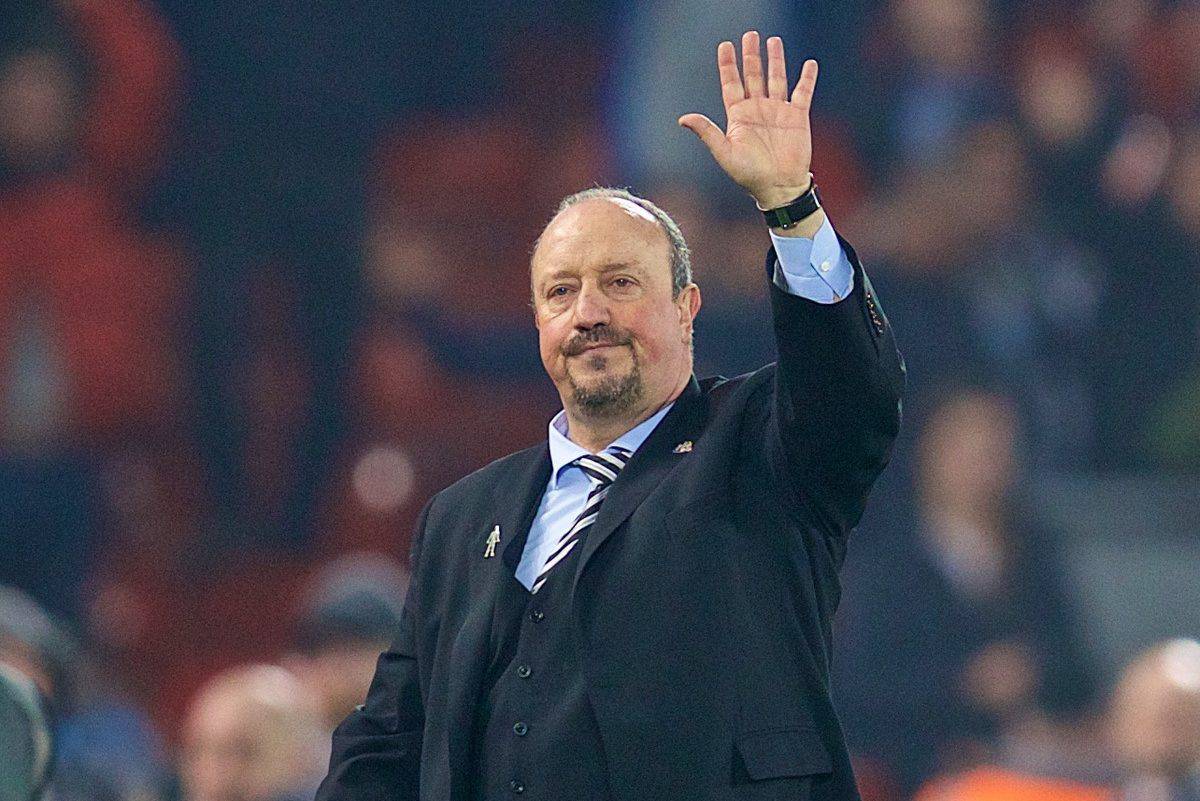 New manager Rafael Benitez has pledged to show the same fighting spirit for Everton as he did for Liverpool when he made his “small club” comments.

The Spaniard’s appointment on a three-year contract, becoming only the second man to manage both Merseyside clubs and the first ex-Reds boss to do so, is a controversial one by owner Farhad Moshiri.

He antagonised fans with his “small club” jibe after a 2007 Merseyside derby and although in subsequent years he has sought to clarify he was referring to them having the mentality of a small team in their approach to the game, it has not been forgiven or forgotten in some quarters.

But Benitez, who won the Champions League and FA Cup with Liverpool in 2005 and 2006 before leaving in 2010, insists he was only doing what he believed was right for his club at the time.

“I have been in Madrid, Naples, Valencia, Tenerife, Extremadura and Liverpool,” he told evertontv.

“Every single club I was there, I was fighting for them. If you analyse things in the context, what you are expecting from your manager is to fight for your club, and I will do that.

“I am here, I will fight for my club, I will try to win every single game, and it doesn’t matter who the opponents are, or the rivals. It is something you have to do, it is your nature, that you have to try to do your best.

“And why a lot of fans in a lot of these cities love me is because I was giving everything for them.

“If you analyse this in the context, then it is very clear I will do the same for Everton.”

Such has been Moshiri’s desire to get the right man after the departure of Carlo Ancelotti four weeks ago he has ignored the loud opposition, which has seen offensive messages hung outside Goodison Park and a ‘We know where you live. Don’t sign’ banner hung over a garden wall near Benitez’s home in Caldy on the Wirral.

Benitez is the fifth manager the Everton owner has appointed in five years after sacking the current Belgium manager Roberto Martinez in May 2016 but only the second since William Edward Barclay in the 1890s, who made the move in the opposite direction to become Liverpool’s first manager after Everton left Anfield for their purpose-built home at Goodison Park and a new club was formed in their place. 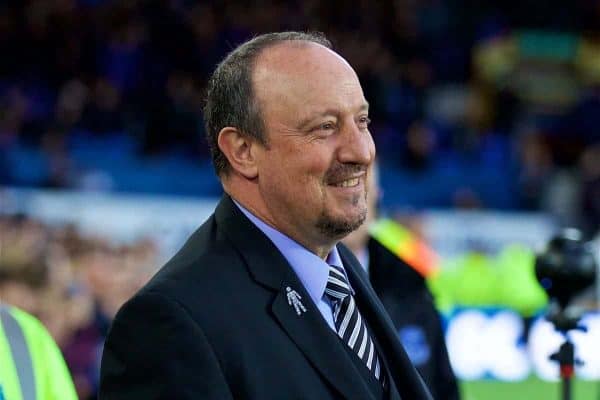 Moshiri is confident he represents their best choice for getting the club into Champions League contention after seven seasons finishing outside the top six, with Ancelotti managing only 12th and 10th in one-and-a-half disappointing campaigns.

“You can see the ambition is there. This club is growing. For me, it is about bringing the winning mentality, being competitive, so everything is in place on the pitch and off the pitch,” added Benitez.

“I love the passion of the people behind the club. I know the city, I know Scousers, I know what it means for every fan here to compete and to have the chance to win. To come to Everton is something that means a lot, for sure.

“I like to compete. I like to win and I have come to Everton because I liked the idea to be competitive again – and to have the chance to compete in every game, to compete against anyone.”

Benitez insists, despite his desire for full control and clashes with similar figures in the past, he is looking forward to working with director of football Marcel Brands as well as Ancelotti’s assistant manager Duncan Ferguson and goalkeeping coach Alan Kelly, who are to remain on the staff with further backroom appointments expected in the coming days.

“We will work together, we will keep talking, having meetings to talk about the club’s idea, what we have to do in the future, about players.

“The communication between us has to be fluent and we will be talking with each other all the time. I am really pleased with that (structure).

“I have already been in contact with him. I have the plan (for Everton’s summer transfer business).”