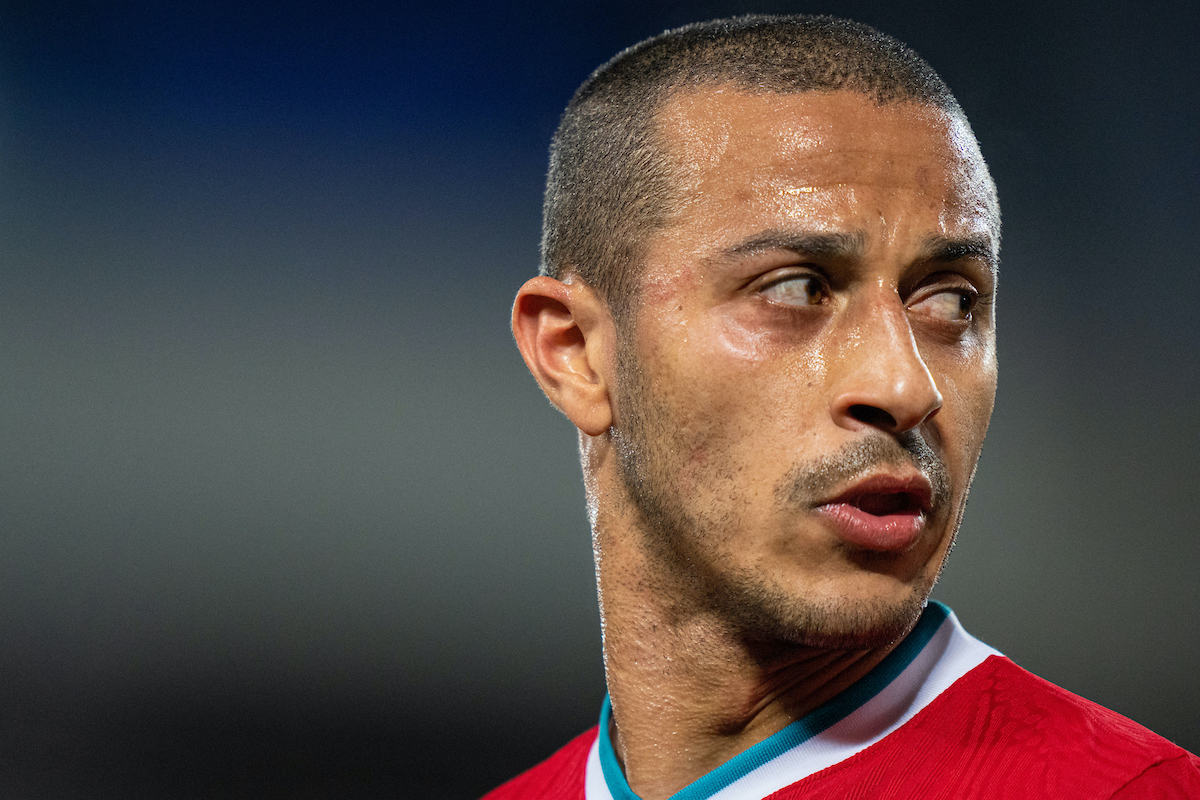 Thiago‘s start to life at Liverpool was hindered by both injuries to himself and others, which forced a shift in his position away from what he does best.

The Spaniard arrived at Anfield to mass fanfare, with the acquisition of a world-class operator a welcome move as Liverpool looked to build on their title-winning season.

But it wouldn’t pan out quite as many had hoped straight off the bat as COVID-19 and injury-hit and he was then played out of position in a struggling side, while also looking to settle into the team himself.

As a result, he received unwarranted criticism – which he answered emphatically when the second half of the season came around having proved instrumental in Liverpool’s unbeaten run to end the campaign.

And having shown his creative and probing force when given the license to roam further afield in contrast to his early role deeper in midfield, Thiago has opened up on the positional differences and the influence its had on his game.

“I would say it (the ability to create) has been more limited because of a positional issue,” he told L’Equipe, as translated by Sport Witness.

“If I play number 6 instead of number 10, I’ll have less room to manoeuvre, less freedom to dribble, because I’ll have to take fewer risks.

“In the history of football, strikers have always been admired more than defenders. Because a defender can’t make a mistake, unlike the striker (who can try harder).

The 30-year-old was a key in getting Liverpool purring once more late in 2020/21 having acted as the go-to man as balance was restored to the team with Fabinho back in midfield.

And having seen what Thiago is capable of when given the positional freedom to express himself, it’s clear he’s carved out a vital role at Anfield that is only to go from strength to strength.