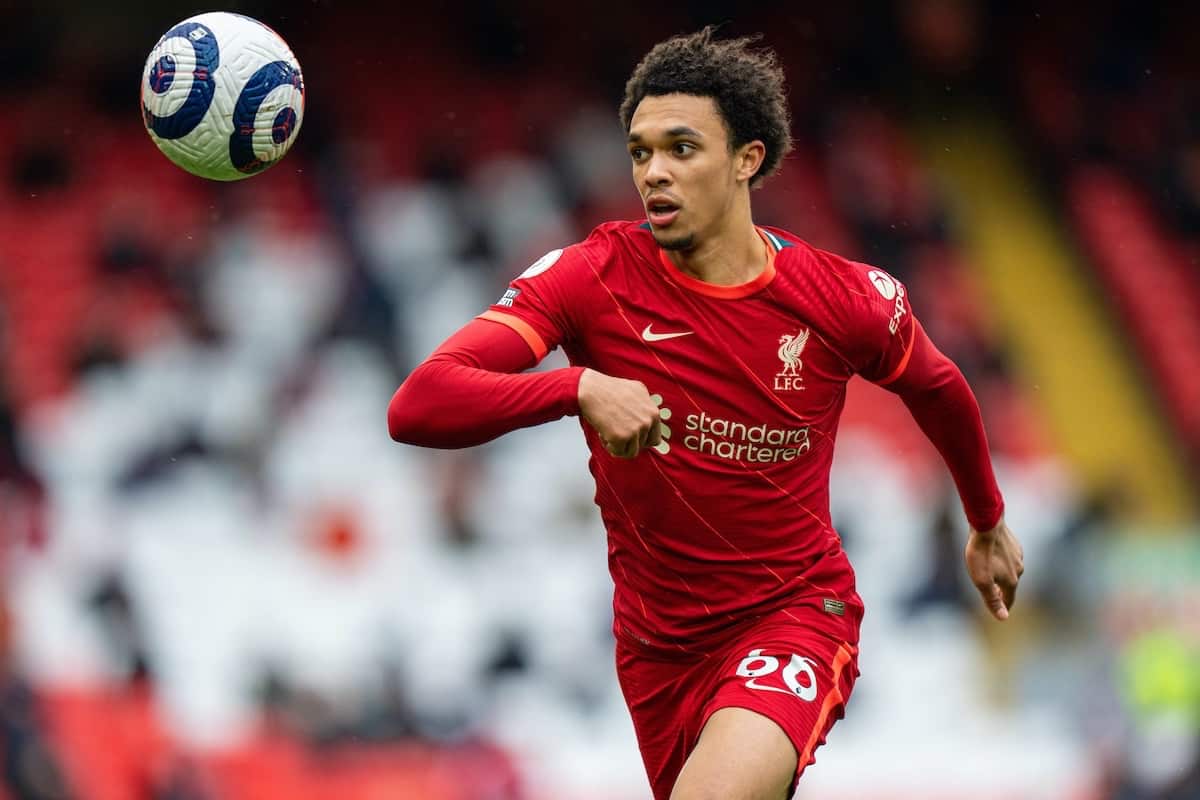 Trent Alexander-Arnold has earned his third consecutive PFA Young Player of the Year nomination, having already won the award in 2020.

It was a campaign of ups and downs for Alexander-Arnold, but he ended it in world-class form as Liverpool finished third in the Premier League.

An unbeaten 10-game run to conclude the season saw the right-back score once and assist four times, including the corner for Alisson‘s pivotal header against West Brom.

Following an uproar over whether or not he would be included in England’s 26-man squad for the Euros, the 22-year-old was named by Gareth Southgate on Tuesday, and has now followed that up with his latest awards nod.

Foden and Mount are likely to be the favourites for the award, but Alexander-Arnold’s nomination shows the admiration he holds among his Premier League peers.

He won the prize in 2020, becoming the first Liverpool player to do so since Steven Gerrard in 2001, and only the fifth since the award was founded in 1974.

No Liverpool players have been nominated for this year’s PFA Player of the Year award, with Foden up for it along with Harry Kane, Ruben Dias, Ilkay Gundogan, Kevin De Bruyne and Bruno Fernandes.