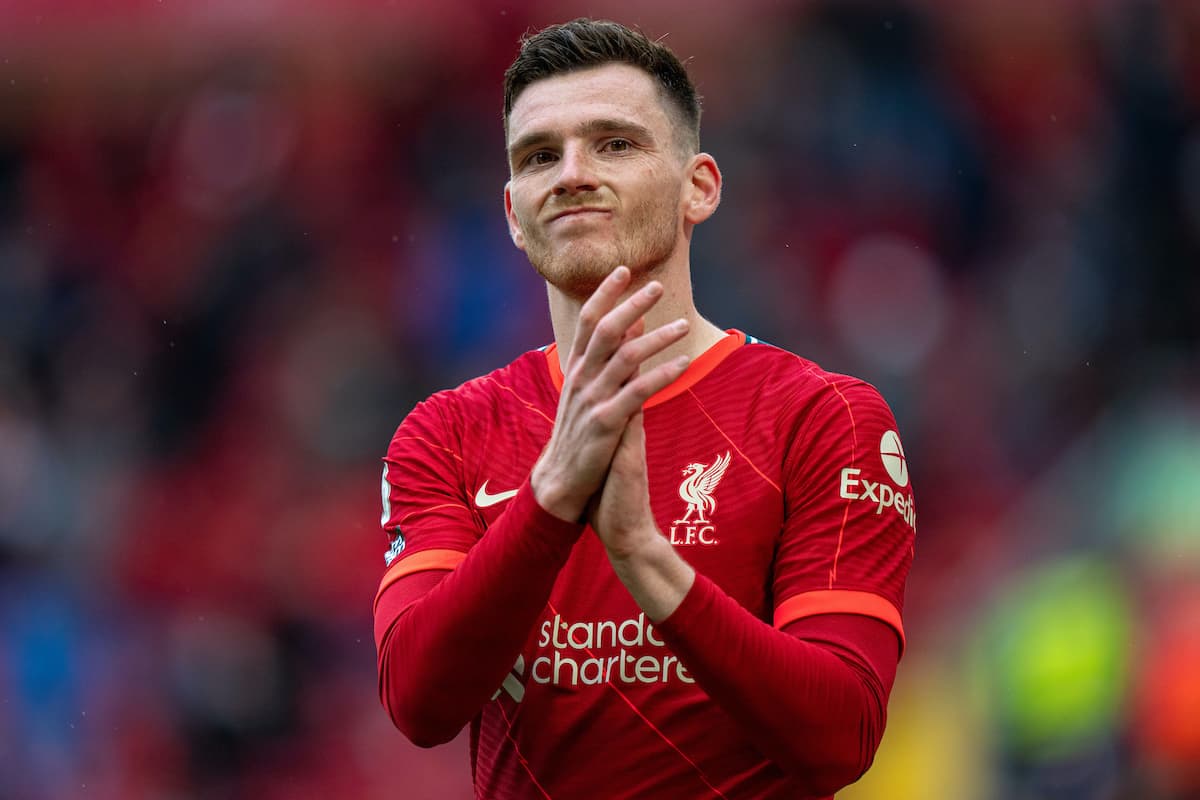 No Liverpool player featured for more minutes than Andy Robertson in 2020/21 and after 64 games for club and country he can now deservedly put his feet up for the summer.

It was a taxing and gruelling season across the board for footballers after the pandemic all but saw one season roll into another and cumulative fatigue hit many hard.

Robertson remained a mainstay for Jurgen Klopp throughout the season having featured in 50 of the Reds’ 53 games for a total of 4319 minutes, showing incredible durability.

At 27, it’s a load that cannot be consistently put on his shoulders if he is to continue his career well into his thirties and this summer will no doubt prove a welcome respite.

While disappointment will linger over Scotland’s early elimination from the Euros, it means Robertson’s summer break is now in full swing.

Members of Klopp’s squad that were not to partake in international action are to have enjoyed a seven-week break following on from the final day on May 23, while a minimum of three is expected to be handed to those at the Euros and Copa America, as per the Athletic.

Pre-season kicks off on July 12, which is now just 17 days away and at least three weeks holiday would see Robertson return later in the first week on July 14.

However, considering both his amount of minutes last season and that the season does not kick off until five weeks after the start of the pre-season schedule, it is reasonable to assume Robertson will have a later return date.

It could be in line with the returnees from the Euros following the knockout stages, where a month’s rest would allow for him to return in the week commencing July 19.

That would provide ample time for the energy to return and the knocks and bruises he’s no doubt been carrying to subside, all the while still having nearly four weeks to prepare for the trip to Norwich on August 14.

Klopp more than anyone has been vocal about the increased demands on players for both club and country and Liverpool will be eager to find the balance as they gear up for another shot at silverware in 2021/22.