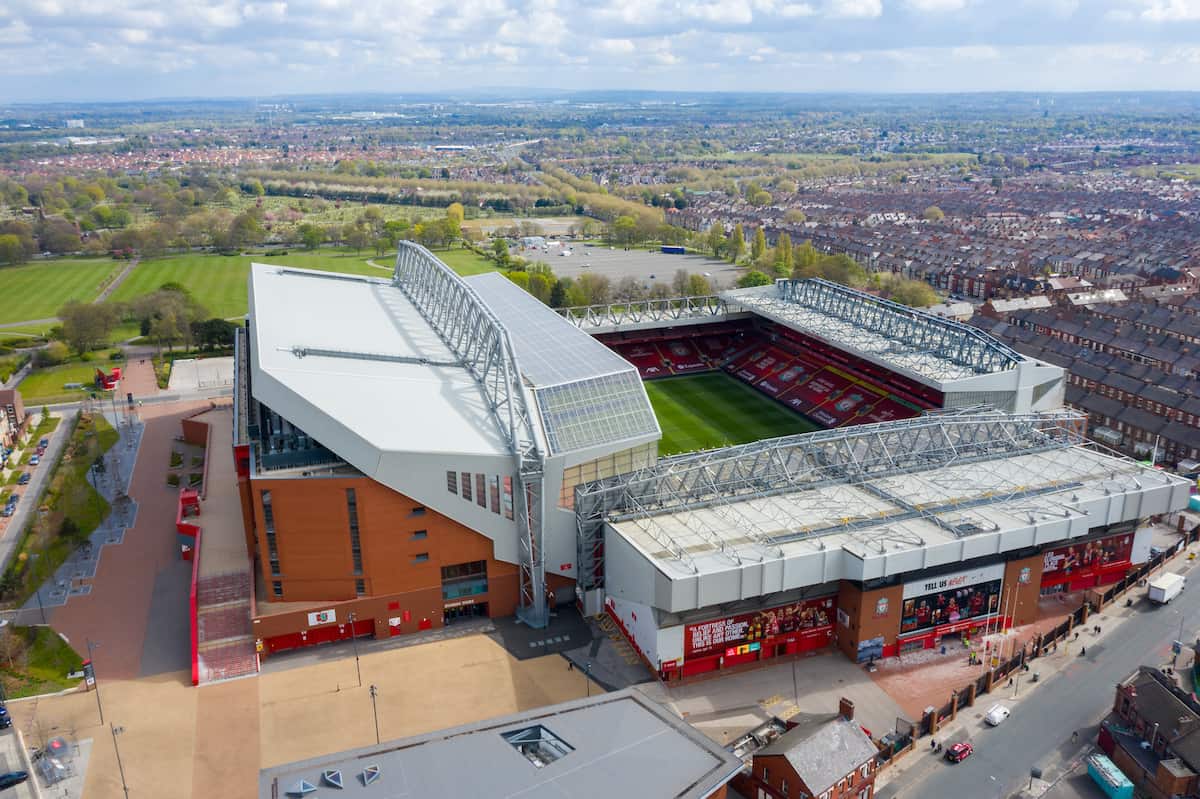 Liverpool are to begin work on a 7,000-seater redevelopment of the Anfield Road end, due for completion in 2023, but that will not be followed by further expansions.

The club have now received the green light for a £60 million project that will increase Anfield’s capacity to around 61,000, following a similar expansion of the Main Stand.

Planning permission has been granted and Anfield Road has already been closed to the public, with the new stand to be built outside of the existing structure before that is then connected, as was the case with previous work.

A new fan zone, more hospitality lounges, an improved concourse and new public foot and cycle paths will be put in place as part of the redevelopment.

The end product, which is set to be in place for the start of the 2023/24 season, will mirror that of the new Main Stand, with two sides of the stadium much higher than the others.

Supporters may then be hoping for a similar expansion of the Kop and/or the Sir Kenny Dalglish Stand, but that is unfortunately not possible. 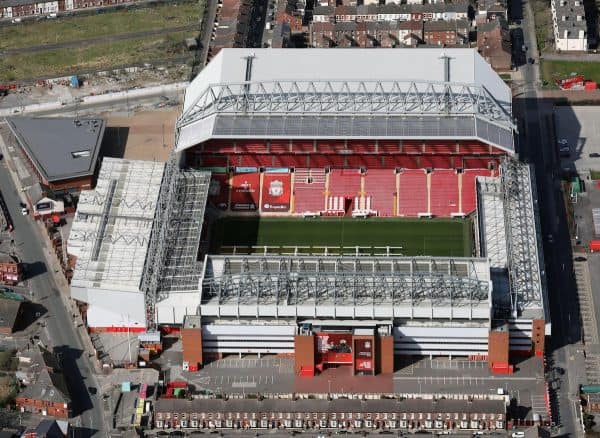 For Liverpool, the biggest problem would be not only in obtaining planning permission, but also securing the land for any additional redevelopment.

Outside of the Sir Kenny Dalglish Stand – formerly the Centenary Stand – runs Skerries Road, which is lined with terraced housing, while the Kop backs onto Walton Breck Road, which is an A road and, unlike Anfield Road, cannot be rerouted.

On Walton Breck Road stands Christ Church and pubs The Park and The Albert, along with occupied housing.

There is, therefore, no room to expand the Sir Kenny Dalglish Stand as Liverpool did with the Main Stand, when three rows of houses were purchased and demolished, nor is there the possibility of rerouting the road outside the Kop as was the case with the Anfield Road end. 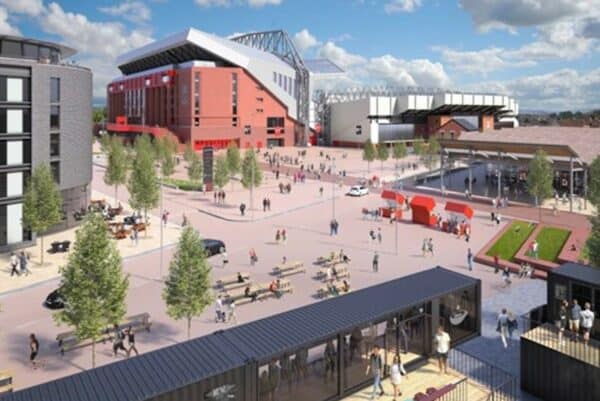 Liverpool City Council have already unveiled plans for a new high street along Walton Breck Road, as explained in partnership with LFC in 2016:

“The new high street would see scores of derelict buildings demolished or rebuilt.

“The road could be narrowed to create wider pavements and make it more pedestrian-friendly, with the creation of new outdoor spaces and high-quality landscaping.

“It is hoped the changes will attract new businesses keen to take advantage of a unique location next to one of the world’s most famous football clubs.”

This is part of a wider rejuvenation project in the Anfield area, which includes further work outside the stadium with a hotel to be built adjacent to the club shop.

There is the prospect of a handful of extra seats being added to the stands as was the case with the Kop in 2017 when the capacity was lifted by 470, but that is unlikely, with a trial for rail seating instead taking place in 2021/22. 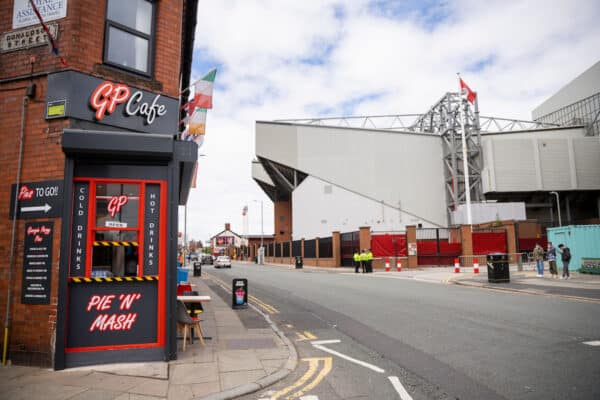 Structurally, expanding the Kop would also be made much trickier – and significantly more costly – due to difficulty in ‘filling in’ the corners of the ground, with the stand currently supported by stanchions.

These stanchions are in place to create a cantilever and thus avoid obstructed views due to internal pillars. The stadium would require extensive remodelling that would not be cost-effective for this to be altered.

In short, while Liverpool may wish to play in a stadium rivalling Old Trafford’s 74,140, the decision to expand Anfield rather than build an entirely new ground makes that almost impossible.

The new capacity of circa 61,000 is what Anfield will certainly be for the medium-term future at the least.