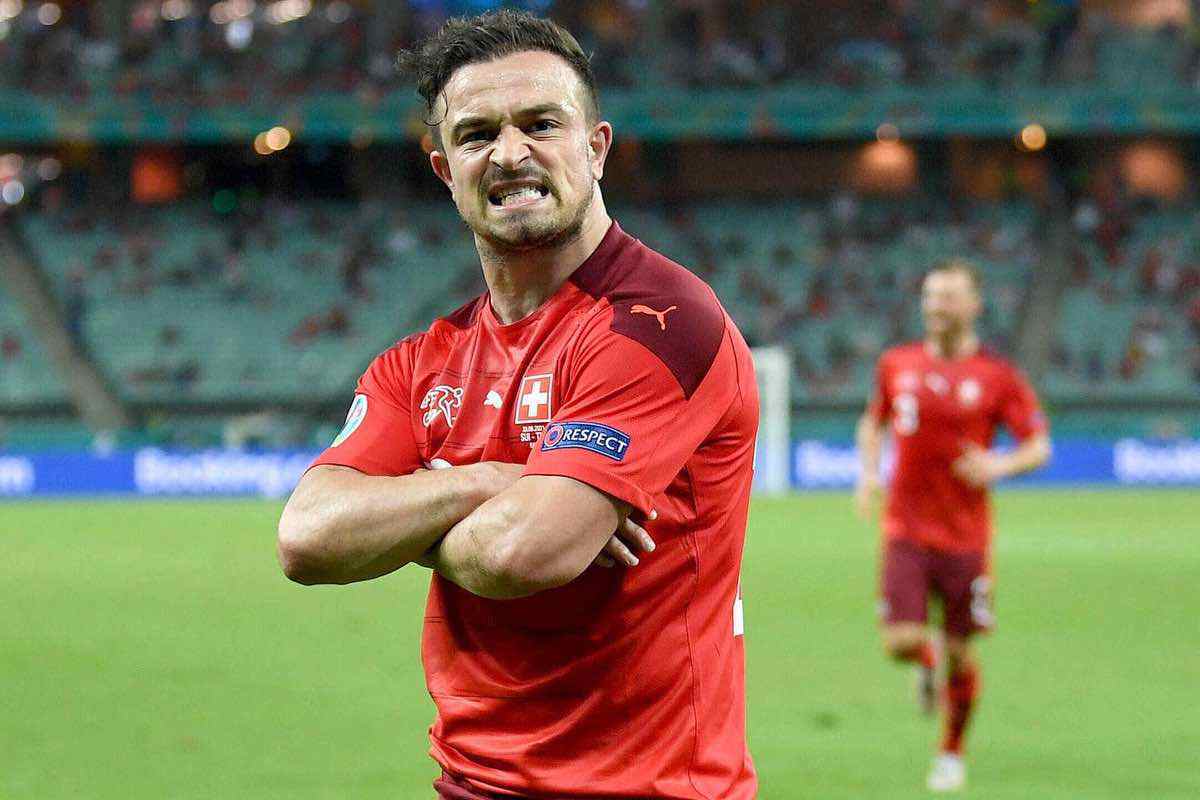 Xherdan Shaqiri and Thiago will meet in the quarter-finals of Euro 2020 after a 14-goal night that saw Switzerland and Spain prevail.

After a relatively straightforward start to the last 16, on Monday night, the shackles were well and truly off.

Spain took on Croatia and France faced Switzerland, with the traditional heavyweights both favourites to progress.

Again, there was no place for Thiago in the Spain side, but Shaqiri made his fourth start of the tournament as the key man for the Swiss.

In Copenhagen, a calamitous error from Unai Simon saw a Pedri own goal set the tone in a game that saw Spain surrender a 3-1 lead before full-time.

Pablo Sarabia, Cesar Azpilicueta and Ferran Torres all scored to put Luis Enrique’s side in control, only to be pegged back by Mislav Orsic and Mario Pasalic.

Thiago went unused throughout, but was able to celebrate at the end of full-time as goals from Alvaro Morata and Mikel Oyarzabal sealed a 5-3 comeback win.

Not to be outdone, France and Switzerland played out a similarly dramatic game in Bucharest soon after. 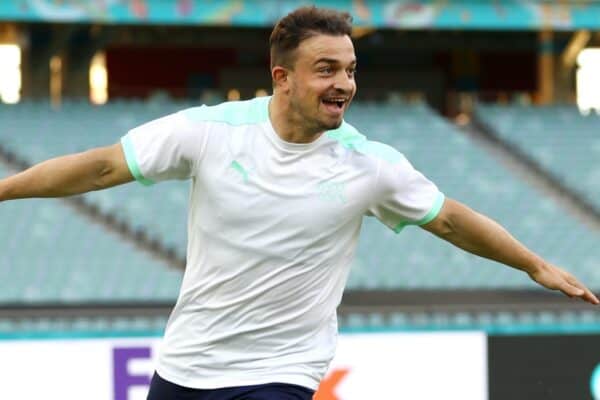 Haris Seferovic put the Swiss in front early in the first half, only for a three-goal flurry after the break that saw a Karim Benzema brace and Paul Pogba’s curler put France 3-1 up.

Switzerland were not out, though, with another from Seferovic and a 90th-minute leveller from Mario Gavranovic sending the game to extra time.

Shaqiri had already been substituted by that point, and watched on as both sides looked to hold out for the lottery of a penalty shootout.

Kylian Mbappe proved the villain of the piece as France’s fifth taker, seeing his shot saved by Yann Sommer as Switzerland won 5-4 on penalties to reach the quarter-finals.

It will be Shaqiri vs. Thiago, then, though it is unlikely Liverpool’s No. 6 will start on Friday evening.

With Diogo Jota’s Portugal and a Wales squad featuring Neco Williams and Harry Wilson already out, Jordan Henderson is the only other Reds representative in with a chance of making the quarter-finals.

England take on Germany on Tuesday evening, looking to book their place against Sweden or Ukraine at the expense of their old rivals.