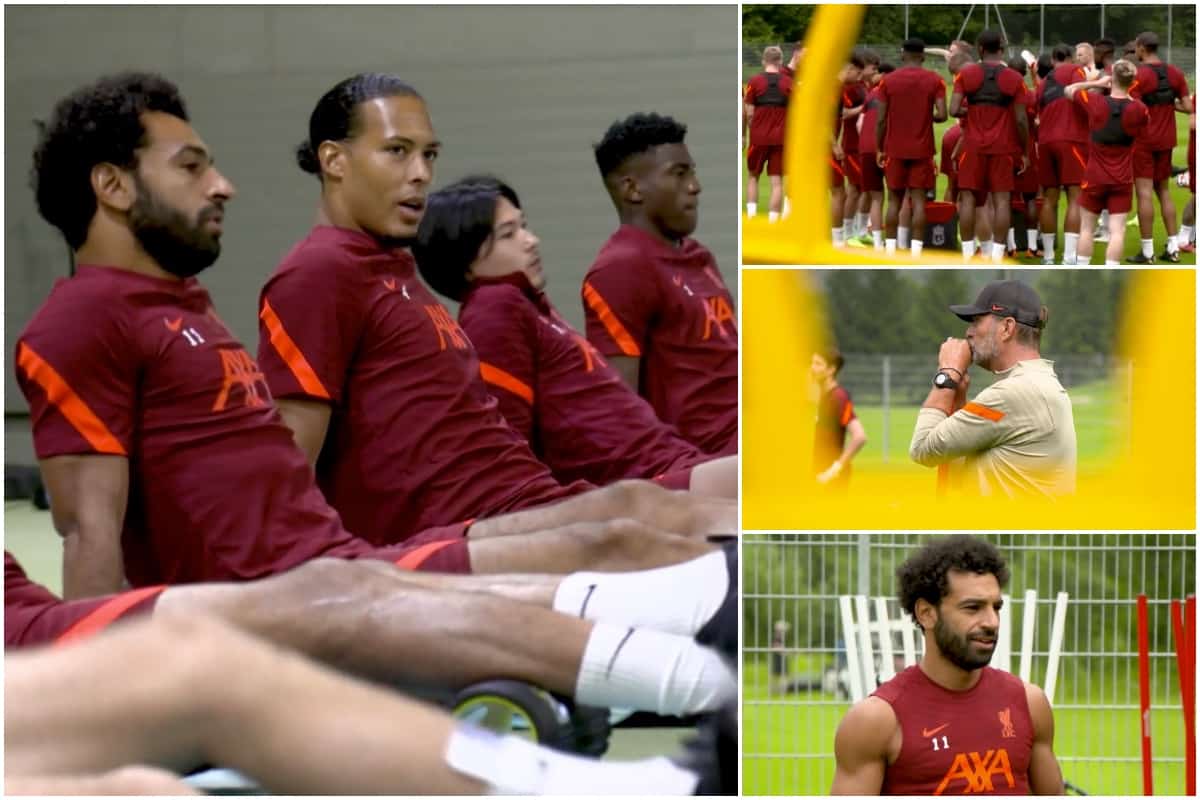 Liverpool have concluded their first week of pre-season training in Austria, with Jurgen Klopp and his coaching staff likely taking a lot from a busy seven days in preparation.

The first of just under four weeks in Saalfelden is over for Liverpool, with Klopp and his squad quickly getting back into the swing of things.

Next up is a run of warmup friendlies, with four opponents lined up over 10 days in Wacker Innsbruck, Stuttgart, Mainz and Hertha Berlin.

It has been a positive start to pre-season for the Reds, who will now slowly reintegrate those who took part in international tournaments over the summer.

A trademark hug and words of encouragement said it all on day one, with Harvey Elliott seemingly set for a breakthrough season with Liverpool.

Our centre-backs can finish

? @IbrahimaKonate_ doing ???? is just one of the reasons to watch our latest episode of Inside Training ?

Stick them up front against Norwich?

While Klopp is manager and the figurehead for Liverpool, it is his assistant, Pepijn Lijnders, who typically leads training sessions.

His voice has been a constant presence throughout pre-season so far, with the Dutchman full of praise for the Reds as they undergo initial sessions and small-sided games.

FSG have met with Klopp

Saturday saw Liverpool chief executive Billy Hogan report to the training camp for talks with Klopp, with the pair exchanging handshakes on the touchline.

The club are continuing to work on transfers both incoming and outgoing behind the scenes, and it could be that Hogan’s meeting with the manager was part of this.

No risks taken with Virg and Joe

One of the biggest positives of pre-season so far has been the sight of Joel Matip, Virgil van Dijk and Joe Gomez all back involved after serious injuries last term.

For Van Dijk and Gomez, however, the process has been carefully managed, with medical staff eager to slowly bring them back into full sessions – though they have both already taken part in ball work with the squad.

“Joe and Virgil are in a similar situation – not exactly the same, but similar,” Klopp told LiverpoolFC.com.

“Both have done parts of our normal training and then they have to do extra parts.”

The youngsters are settling in well

Klopp named a 34-man squad for the first week of pre-season, with this to be increased to 36 on Monday with the arrival of Neco Williams and Harry Wilson.

They look to be settling in well, and a number of them could figure in Tuesday’s friendlies against Wacker Innsbruck and Stuttgart.

Chances for Ox, Taki and Co.

With Lijnders’ voice booming around the training camp, the praise and encouragement for the likes of Alex Oxlade-Chamberlain and Takumi Minamino has been abundantly clear.

After a difficult campaign in 2020/21, they have not shied away in pre-season, and with chances to come in the upcoming friendlies, they could catch Klopp’s eye for the new season.

It will have been a difficult time for Trent Alexander-Arnold, watching on as the England squad he left due to injury reached their first major final in 55 years.

But the right-back looks geared up for the new season with Liverpool, and could make his comeback against either Wacker Innsbruck or Stuttgart. 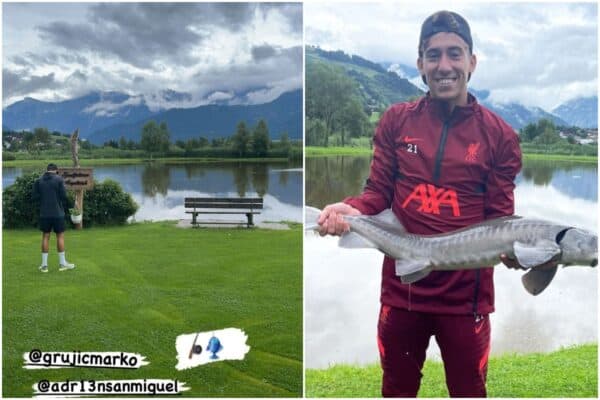 It’s not all hard work for Liverpool in Saalfelden – there has been plenty of time for rest and socialising, too.

For Kostas Tsimikas, Marko Grujic and Adrian, that has included a spot of fishing in one of the lakes under the Alps.

Matip is the star of the show