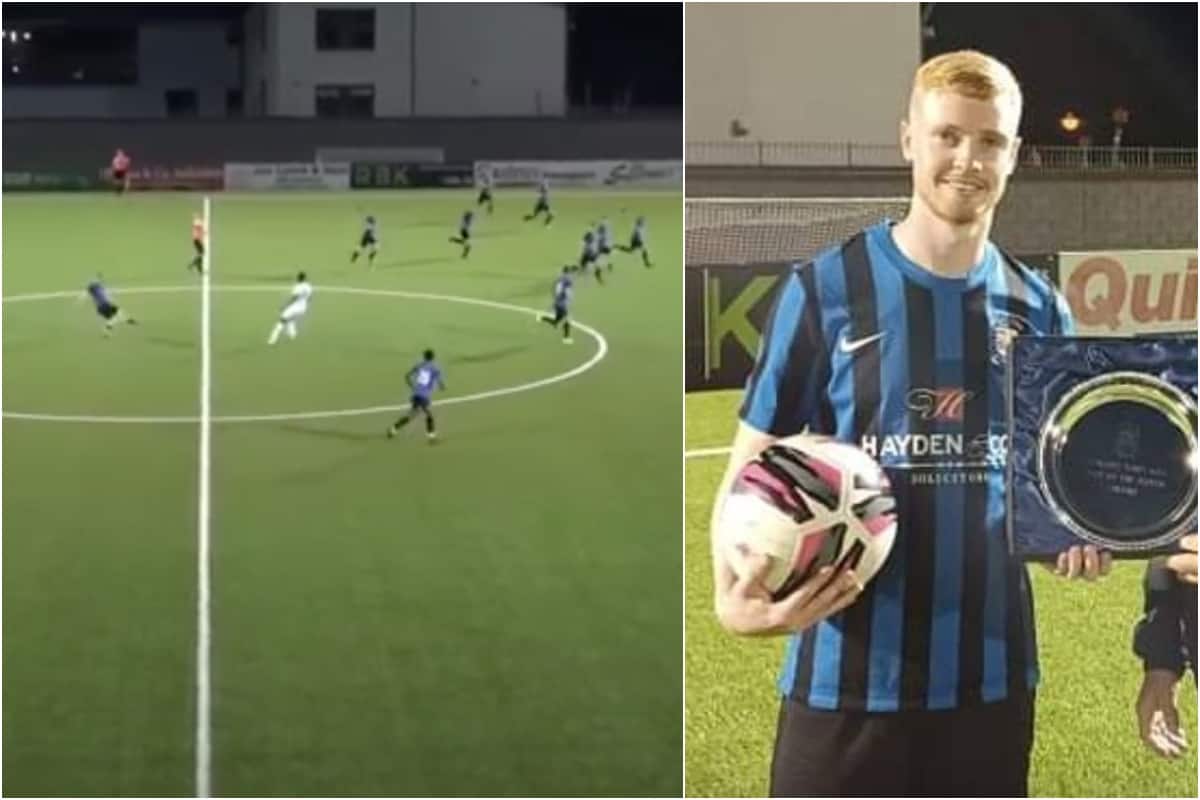 Former academy member Glen McAuley marked his debut for Athlone Town in stunning fashion, with a hat-trick rounded off by an incredible goal from the halfway line.

The 21-year-old was on Liverpool’s books from 2016 to 2019, a striker who regularly stared for the under-18s and worked under the tutelage of Steven Gerrard.

McAuley would rise up the ranks and earn opportunities with the U23s in addition to being called up to senior training under Jurgen Klopp, but he would then return to his native Ireland.

Spells at St. Patricks Atheltic, Bohemian FC and Shelbourne FC would follow in just two years before he joined Athlone Town and was announced on July 23, a day he will not forget in a hurry.

Named in the starting XI without delay, he would soon find his side two goals behind Waterford in the FAI Cup game and it would remain the case until the 75th minute.

McAuley would then convert from the penalty spot for his maiden goal before adding another in the same manner in the 89th minute to hand his side the lead after Stephen Meaney levelled the scores six minutes prior.

Absolutely incredible goal by Glen McAuley to score his hat trick and equalise for Athlone Town, the game goes to penalties! ?@AthloneTownAFC 4-4 @WaterfordFCie

Victory was within reach but Waterford would make it 3-3 to send the game into extra time before hitting the front themselves late in the piece, enter McAuley.

The ball was rolled to the 21-year-old straight from the kick-off and he calmly lobbed goalkeeper Paul Martin from a metre behind the halfway line to send his team into euphoria.

“What a goal” and “unbelievable” were the calls from the commentary box as McAuley wheeled around in celebration, stripping off his shirt as his teammates piled on top of him.

It was a touch of gold that sent the game to a penalty shootout that McAuley’s Athlone Town would, unfortunately, be on the losing end of to bring to an end an extraordinary eight-goal game that also saw both managers sent to the stands. 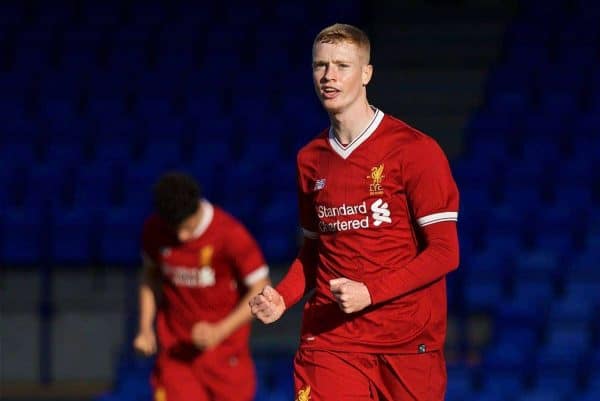 “As soon as I’ve seen the ‘keeper step up I thought I had to hit it and I knew as soon as it left my foot it went in. An unbelievable feeling,” McAuley said.

A debut, a spectacular goal from the halfway line, a hat-trick, Man of the Match award – not a bad way to announce your arrival at a new club!