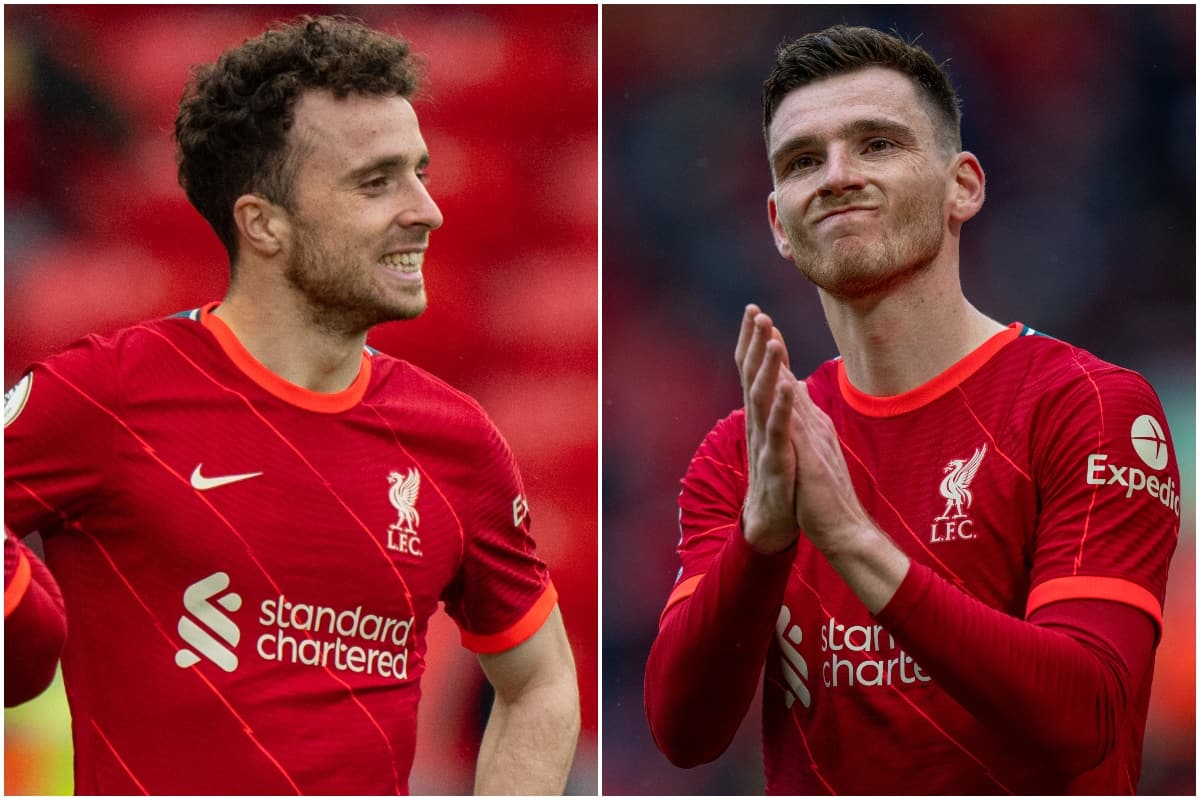 Diogo Jota will report to Saalfelden for Liverpool’s pre-season training camp on Wednesday, but there is no sign of Andy Robertson as he enjoys a longer break.

The Reds were boosted by the return of Neco Williams and Harry Wilson on Sunday, with the pair undergoing the lactate test on Monday before joining full sessions later in the week.

They were the first two players back after the summer internationals, with Wales having exited Euro 2020 at the last-16 stage at the hands of Denmark.

Jota’s Portugal were also knocked out of the last 16, suffering a 1-0 defeat to Belgium, and after a three-week break the forward will rejoin his team-mates in Austria on Wednesday.

His return follows the opening friendlies against FC Wacker Innsbruck and Stuttgart, which Jurgen Klopp has predicted “could be a bit chaotic or could be a bit wild.”

The 24-year-old will then be put through initial tests ahead of ball work with the rest of the squad, who are still without seven other players due to their involvement at Euro 2020 and Copa America.

Jordan Henderson, Alisson, Fabinho and Roberto Firmino are due to be the last to return having made it to finals, while Xherdan Shaqiri and Thiago will be back at similar times.

Robertson, though, was the first to see his international duty end but, despite this, is still not with the Liverpool squad under the Alps.

The left-back is still on holiday with his family, having been granted a longer time off than his fellow internationals after a gruelling campaign for club and country.

No Liverpool player clocked more minutes on the pitch than Robertson last season, with the three other outfielders in the top five having been afforded a long holiday due to a lack of action for their national teams.

Mohamed Salah, Sadio Mane and Trent Alexander-Arnold were all back on day one of pre-season, having had at least a month off following the end of the season.

Alexander-Arnold was, of course, rehabbing a quad injury that forced him out of the England squad, but the right-back was still able to leave the UK on holiday as a mental break.

It is likely that Robertson, who marks the end of his fourth week off on Wednesday, will report back for pre-season training later this week.