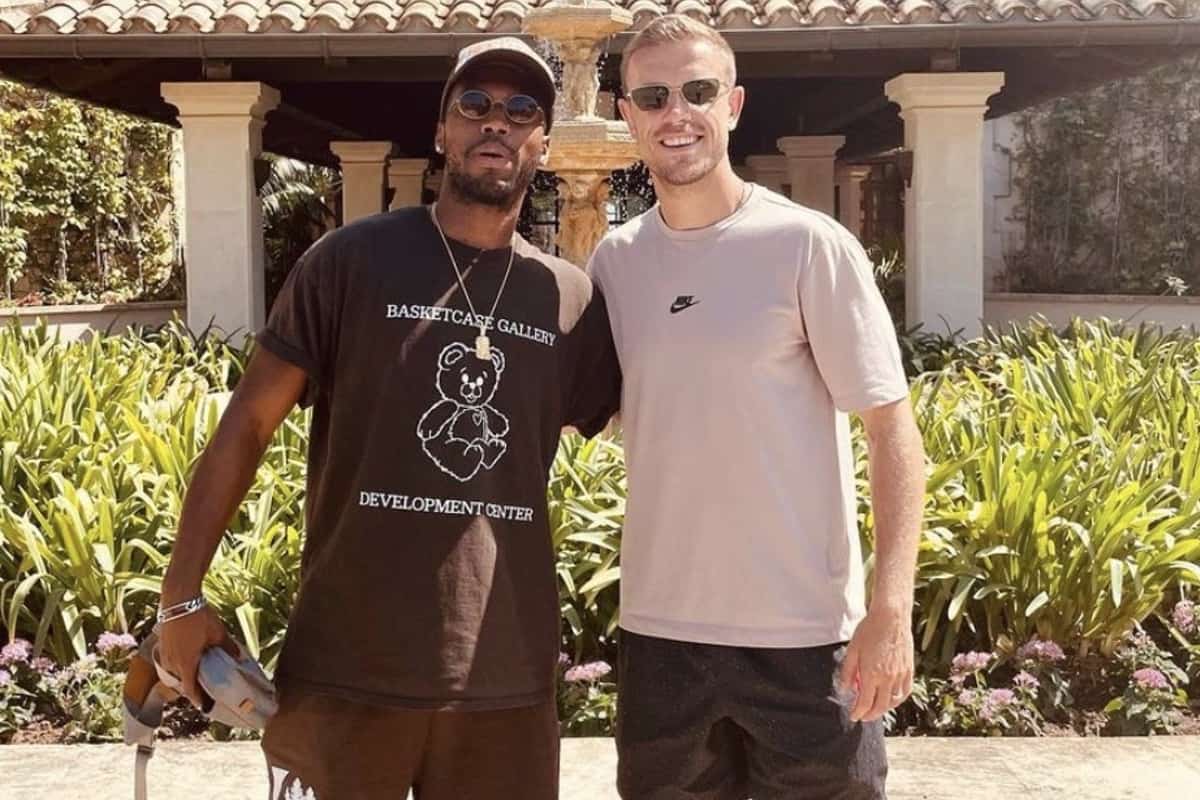 Jordan Henderson is still on holiday following the Euro 2020 final, with the Liverpool captain set to be the last to report back for pre-season training.

The Reds are due to travel from Austria to France for a short training camp in Evian this weekend, with two 60-minute friendlies lined up against Bologna on Thursday.

Jurgen Klopp is likely to trim his squad down for the third stop of pre-season with a number of fringe figures and youngsters in line to head back to Kirkby as key players return from holiday.

Liverpool have now confirmed that Alisson, Fabinho and Roberto Firmino will rejoin the squad on Sunday, with the trio enjoying a meal together with their partners on Friday night to mark the end of their post-Copa America break.

Upon their arrival in Evian, the Brazilians will undertake the lactate test, before joining up with their team-mates for ball work ahead of possible cameos against Bologna.

More feasible, however, is that their first action of pre-season comes against either Athletic Club or Osasuna, who are Liverpool’s opponents in back-to-back Anfield friendlies on August 8 and 9.

No return date has been confirmed for Henderson as of yet, though it is possible that he has been granted a slightly longer break as was the case with Andy Robertson.

There is no suggestion that his absence is linked to speculation over his future, though the captain is eager to resolve contract talks one way or another this summer amid interest from Paris Saint-Germain and Atletico Madrid.

Henderson has two years left on his existing deal but early negotiations stalled over an extension, leading to claims he could even depart this summer.

The 31-year-old has been working on his fitness while on holiday in Spain, training at the facilities of LaLiga club RCD Mallorca along with former team-mate Daniel Sturridge.

Sturridge is currently on trial with RCD Mallorca after 15 months without a club, and the pair worked in the gym together as they caught up, with the striker saying “the banter was flying as per.”

Liverpool can be expected to confirm Henderson’s return to pre-season training in the coming days, with the midfielder potentially back as early as Monday – which would be three weeks after the final of Euro 2020.