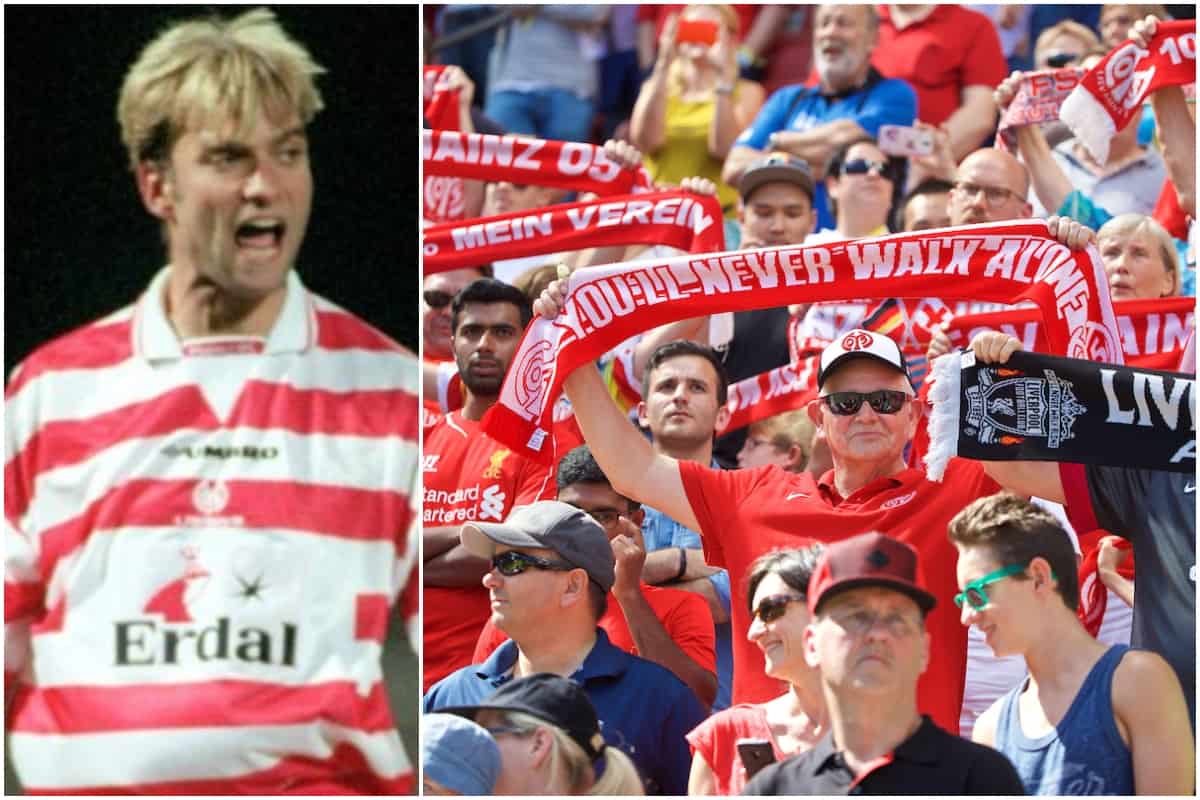 Liverpool take on Mainz in their third friendly of pre-season on Friday, with Jurgen Klopp taking on the club he called home for 18 years in preparation for 2021/22.

After a pair of back-to-back draws with Wacker Innsbruck and Stuttgart on Tuesday, Liverpool are back in friendly action on Friday as they take on Mainz.

Having begun pre-season with two 30-minute games, the Reds will be full throttle again as they play 90 minutes against Bundesliga opposition.

It will be a tough test for Klopp’s side, but one they will welcome as first-team players line up alongside the next generation of youngsters in Austria.

The manager is in line for an even more special reunion, too, as he comes up against a former player in the dugout.

So what do we know about Mainz, and how are they connected to Liverpool?

When is the friendly?

Liverpool will take on Mainz at the Greisbergers Betten-Arena in Grodig on Friday evening, with the third friendly of pre-season set to kick off at 5.15pm on LFCTV.

A crowd of 3,500 is permitted at the stadium in Austria, with tickets sold out.

Who is Mainz manager?

Bo Svensson took over as Mainz manager in January, having previously managed Austrian side FC Liefering between 2019 and 2021.

The 41-year-old Dane spent seven years with Mainz as a player, including a season under Klopp in 2007/08 that saw him play 10 times for the future Liverpool manager.

Svensson retired in 2014 before taking up roles as assistant coach, youth coach and under-19s coach with Mainz, with his return to the club as manager leading to an upturn in fortunes.

In 20 games under Svensson’s management so far, Mainz have only lost five games, and a nine-game unbeaten run between March and May helping them to a 12th-placed finish in 2020/21, having sat second from bottom when he took over.

Who could be their key players? 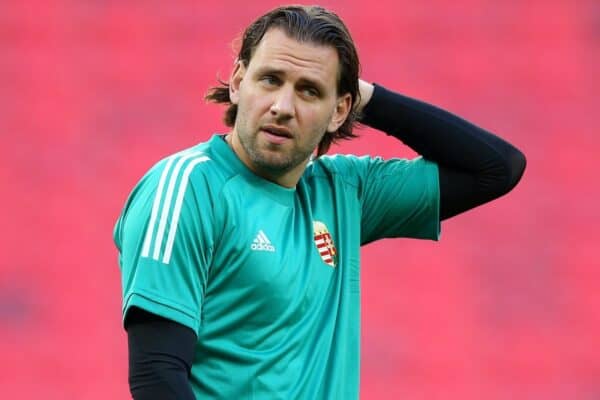 Mainz can call upon two talented centre-backs in Jeremiah St. Juste and Moussa Niakhate, but may struggle in the goal department having seen their two leading scorers from last season depart the club.

Jean-Philippe Mateta, who scored 10, is currently on loan with Crystal Palace, while seven-goal Robin Quaison has joined Saudi club Al-Ettifaq on a free transfer.

Karim Onisiwo and the veteran Adam Szalai, who netted one and assisted the other in Hungary’s 2-2 draw with Germany at Euro 2020, could be relied upon to provide more goals in their absence.

How are Mainz connected to Liverpool? 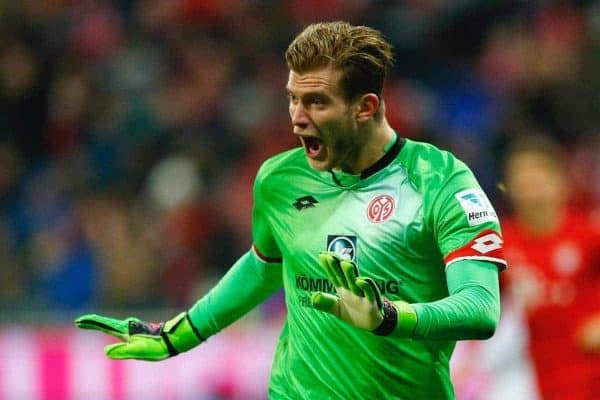 The obvious connection is Klopp, who spent 11 years as a player with Mainz before retiring in 2001 and immediately taking the role as manager, staying for another seven years.

Klopp avoided relegation in his first half-season in charge, and after two fourth-placed finishes he led his club to the Bundesliga for the first time in their history in 2004.

Liverpool have only ever signed one player from Mainz – that being Loris Karius, who arrived in a £4.7 million deal in 2016 – but Taiwo Awoniyi spent the 2019/20 season on loan with the German club, too.

The Reds have played Mainz twice before, both in friendlies, with Klopp reunited with his former club in 2016 as Liverpool suffered a 4-0 pre-season defeat. 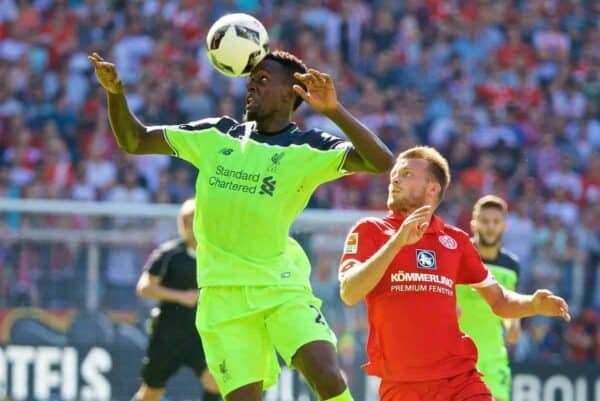 That loss came a day after a 4-0 thrashing of Barcelona at Wembley, with only six of the players to feature still on the books.

Jordan Henderson, Trent Alexander-Arnold, Joel Matip, Ben Woodburn and Divock Origi all started, with Roberto Firmino coming off the bench on a surreal day for Klopp.

What has Klopp said about the game? 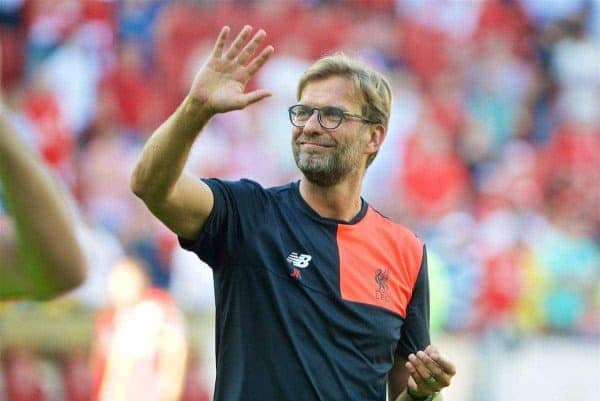 Speaking to Liverpool’s official website, Klopp admitted that he still “cares a lot” about Mainz:

“Actually there are not that many people anymore that I still know – but now the manager again and the sporting director or head of football.

“So, yes, this club is more, for me, than meeting old friends or players or whatever.

“I was 18 years there so I’m just interested that they are doing well because a lot of people I know care a lot about this club. It’s important to them, so it’s important to me.”

He added: “Obviously the next proper coach arrived at Mainz, really pleased for them.”