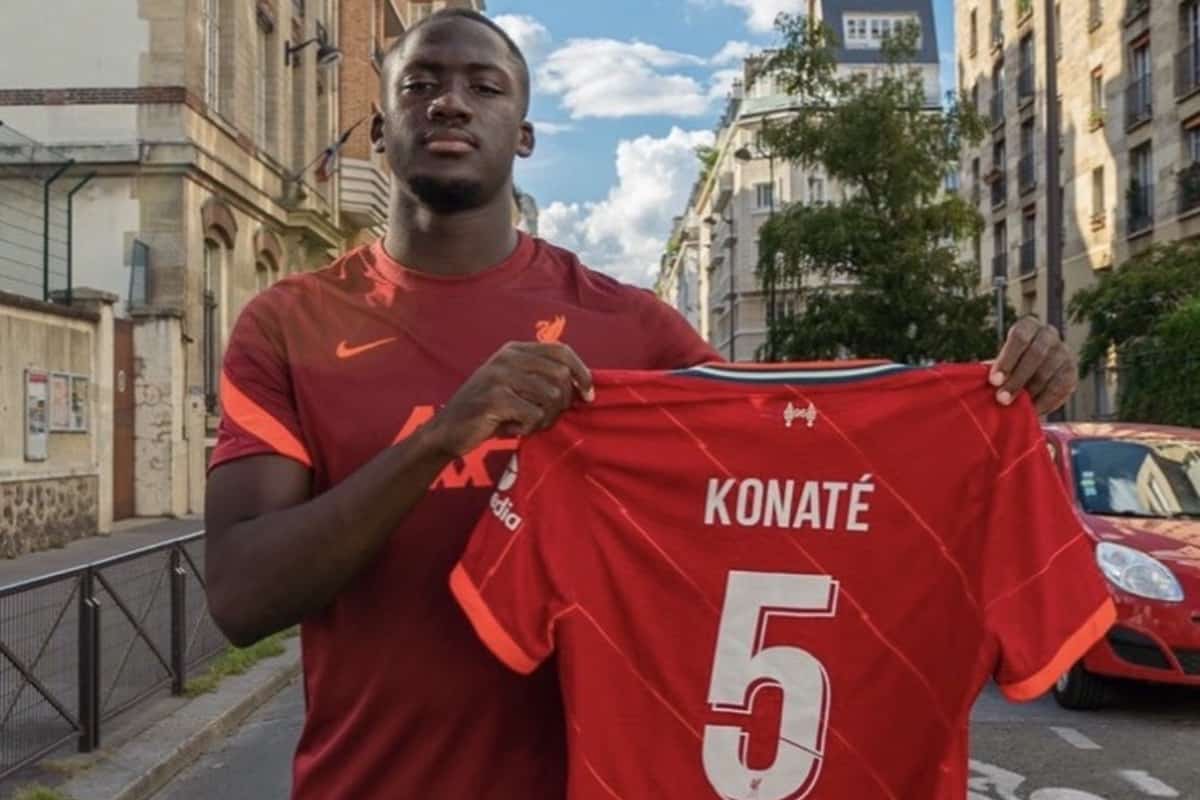 Liverpool have confirmed that Ibrahima Konate will wear the No. 5 shirt following his £36 million arrival from RB Leipzig, inheriting the number from Gini Wijnaldum.

With Wijnaldum having left to join Paris Saint-Germain this summer, his shirt has been taken by a native Parisian.

Konate is the only signing of the transfer window so far at Anfield, and the 22-year-old is poised to take up a key role as competition to Joe Gomez and Joel Matip for duties as Virgil van Dijk‘s centre-back partner.

While the deal to bring the Frenchman to Merseyside was confirmed at the end of May, his squad number was not unveiled until now.

The player himself had offered hints, but now the club have announced that Konate will wear the No. 5, which was previously worn by Wijnaldum.

Daniel Agger, Milan Baros, Steve Staunton and Mark Wright have also worn the No. 5 in the Premier League era.

As it stands, Konate’s move to Liverpool is the fourth-most expensive in Europe this summer, behind only Jadon Sancho to Man United (£73m), Achraf Hakimi to PSG (£51.3m) and Dayot Upamecano to Bayern Munich (£38m).

Liverpool are looking to bring in further reinforcements in the coming weeks, with additions to both midfield and attack expected.

Konate will be among the first to report back for pre-season training on Monday, with the young defender able to get to know his new team-mates along with Jurgen Klopp and his coaching staff.

His summer has been spent in Dubai and France, with Konate not having yet moved into a new house to Liverpool.