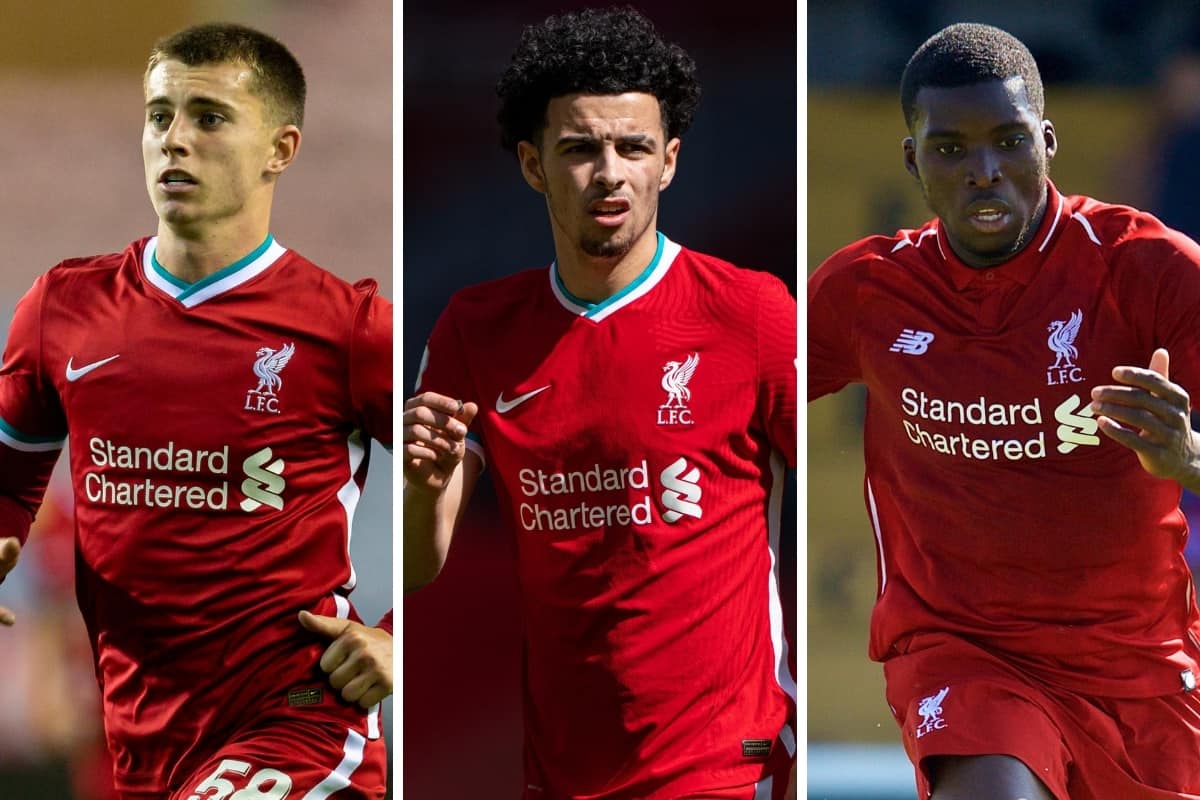 Liverpool may have an issue when it comes to naming eight homegrown players in their Premier League squad this season, but an academy trio could provide a solution.

If clubs want to register 25 players over the age of 21 for the Premier League, that must include at least eight who are classed as homegrown.

That means having been registered with any club in the English or Welsh FAs for at least three seasons before their 21st birthday (or the end of the campaign during which he turns 21).

From the nine homegrown players who were named in Liverpool’s Premier League squad last season, one has already left the club and two more could follow.

Joe Hardy was released on the expiry of his contract, while there is interest in both Ben Davies and Nat Phillips, with it a realistic scenario that one of the centre-back pair leaves.

That would leave Trent Alexander-Arnold, Joe Gomez, Jordan Henderson, Caoimhin Kelleher, James Milner and Alex Oxlade-Chamberlain as homegrown players with the Reds needing to fill at least one slot in the squad.

Liverpool squad, as it stands

* Could leave in transfer window.

This has been regularly mentioned as a big problem for Jurgen Klopp and the club’s recruitment staff in the transfer window.

But while Liverpool are considering moves for the likes of Ollie Watkins and Jarrod Bowen, which would help the issue, there could be an in-house solution to weigh up.

There remain question marks over the futures of both Ben Woodburn and Sheyi Ojo, with the pair touted with moves away from the club following loan spells with Blackpool and Cardiff respectively last season.

Woodburn, 21, is in the final year of his contract with the Reds, while Ojo has two years remaining but, at 24 and not seen as a first-team player, will be eager to leave.

In a normal window, Liverpool would be seeking buyers for both players – and that may well still be the case, with over a month left before the transfer window closes.

But with their homegrown problem well-documented, it could be that one or both of Woodburn and Ojo are retained until at least January, when another player will become eligible.

Curtis Jones turns 21 on January 30, and will therefore be required to take up one of the 25 slots in the Premier League squad from 2022/23, but could feasibly be registered as homegrown from the end of the winter window.

Woodburn is part of the first-team squad at their pre-season training camp in Austria, and was in the matchday squad on three occasions towards the end of last term, with the midfielder clearly highly regarded by Klopp and his staff.

Meanwhile, Ojo has spent the summer with the under-23s and scored in their 6-0 friendly win over Caernarfon Town on Wednesday, and while he would class as an over-age player, there is a possibility he is kept on as a senior member of Barry Lewtas‘ squad. 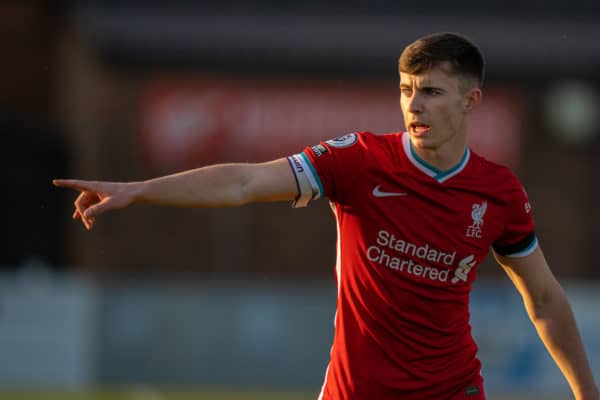 Much will depend on offers forthcoming in the weeks ahead, but keeping one or both of Woodburn and Ojo would allow Liverpool to temporarily solve their homegrown player issue, particularly given the market is still so fragile.

It is worth noting, too, that Rhys Williams and Neco Williams will both turn 21 during the season ahead and would be eligible as homegrown players from 2022/23, as would academy duo Tom Clayton and Elijah Dixon-Bonner.

Dixon-Bonner is currently on trial with League One club Portsmouth ahead of a potential move, however, while Neco Williams could leave if Liverpool receive a bid in the region of £10 million.