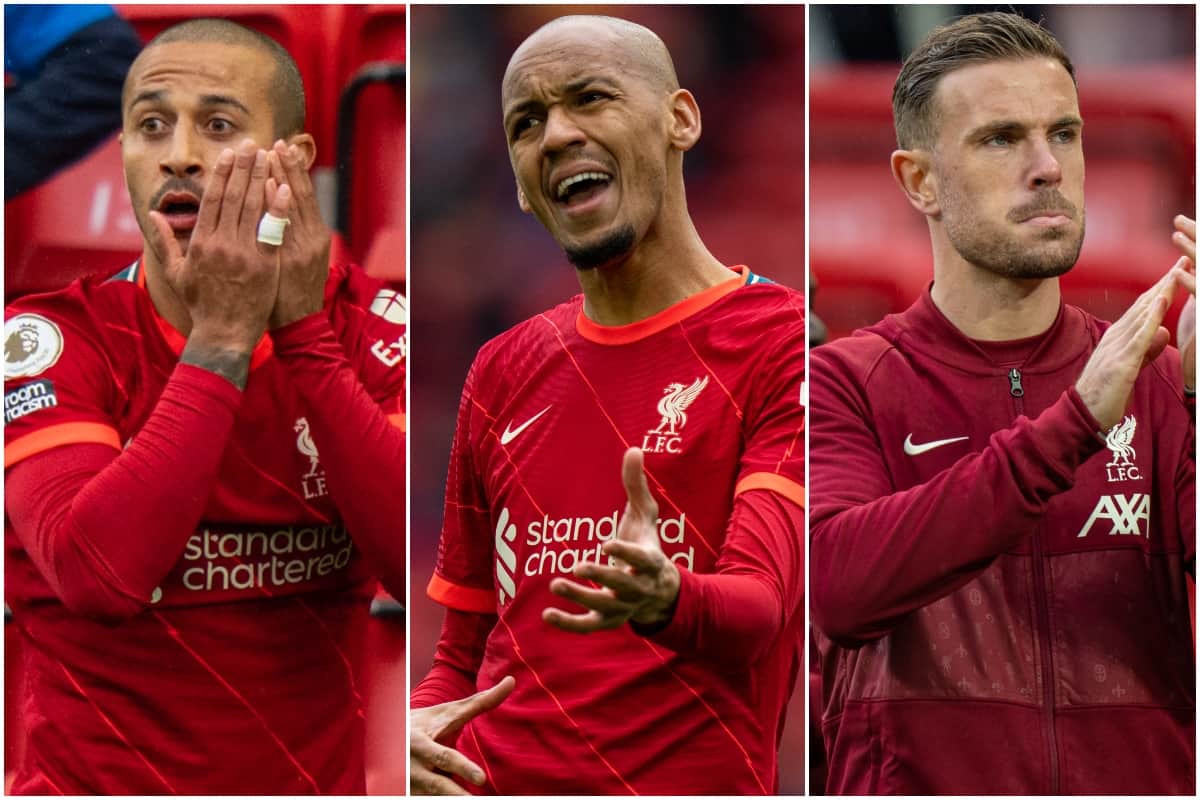 Jurgen Klopp could be forced to name a second-choice midfield for Liverpool’s Premier League opener at Norwich, due to the Euros and Copa America this summer.

The Reds begin the new campaign at Carrow Road on August 14, following an extensive pre-season schedule that could take in trips to both Austria and France.

Klopp will welcome back a smaller squad for the first day of pre-season on Monday, with at least 10 players missing due to their involvement at major international tournaments.

Others may be absent due to injury or circumstances surrounding moves elsewhere, with the group training on day one likely to be much-changed when the season kicks off proper.

However, when Liverpool take on Norwich on opening weekend, Klopp could also be without all three of his first-choice midfielders.

Brazil have booked their place in the final of Copa America, having defeated Peru in the semi-finals on Tuesday, which means Fabinho will be on duty – along with Alisson and Roberto Firmino – until July 11.

The same could be the case for Thiago and Jordan Henderson, with Spain and England both looking to make it to the final of the European Championship.

Regardless of how far their nations reach at the tournament, Klopp is expected to give all of his internationals at least three weeks off and possibly as many as four, according to David Lynch for the Liverpool Echo.

This would see Alisson, Fabinho and Firmino return on August 2 at the earliest and more likely August 9, while depending on how far they make it in the Euros, Henderson and Thiago could be back anywhere between July 29 and August 9.

It will then take the players time to get back up to speed and into full training, which casts doubt over their involvement – at least from the start – against Norwich.

That would particularly be a problem when it comes to how Liverpool line up in midfield, with Klopp potentially without all three of Fabinho, Thiago and Henderson, while Gini Wijnaldum has already left for PSG.

Liverpool could be missing all four of their regular starting options from last season, then, which would leave the manager with James Milner, Curtis Jones, Naby Keita and Alex Oxlade-Chamberlain as his most likely stand-ins.

Keita ended the campaign on the injury list, with no update on his fitness at this stage, and he was left out of the Guinea squad to play Turkey, Togo, Kosovo and Niger earlier in the summer.

That could leave Milner, Jones and Oxlade-Chamberlain as the midfield against Norwich, with academy players Ben Woodburn, Leighton Clarkson and Jake Cain available in reserve.

Klopp is believed to be looking to sign another midfielder in the summer transfer window, however, and if one is brought in they could be required to make a strong start in the absence of big names.