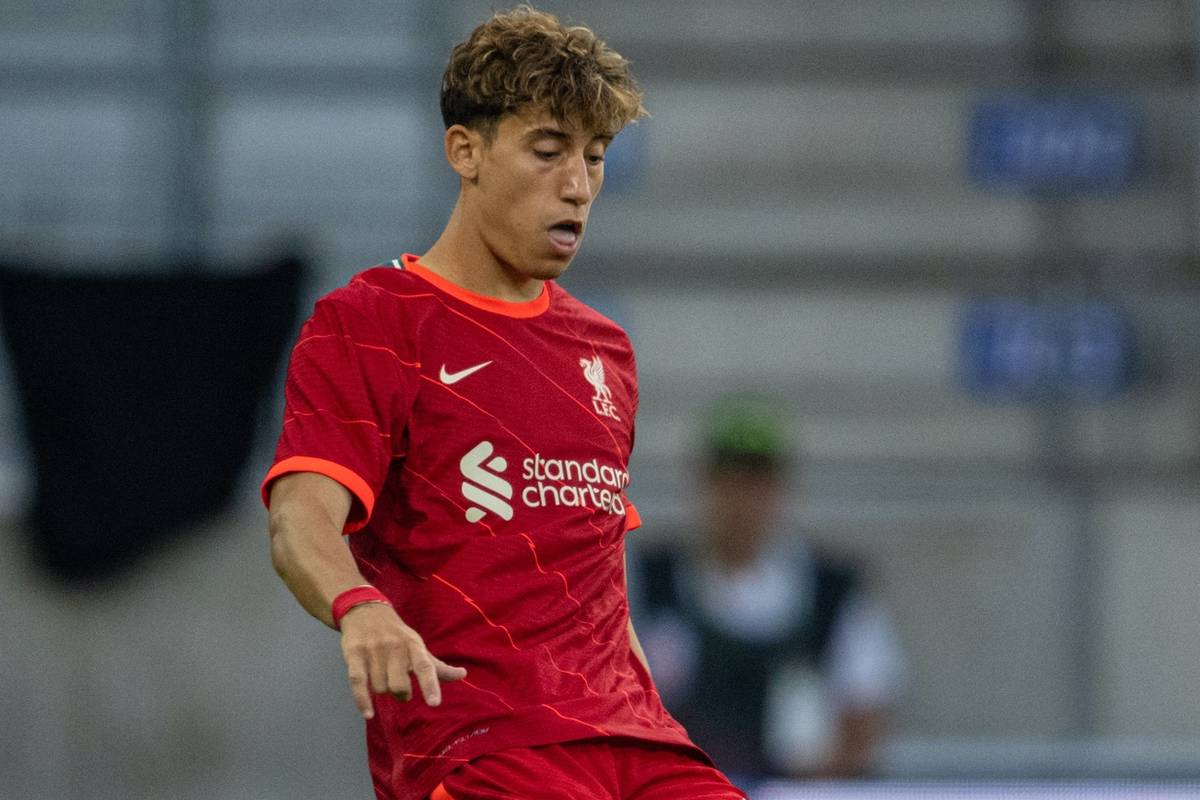 It was a tough first season at Liverpool for Kostas Tsimikas, but the left-back has caught the eye in pre-season and convinced fans he is a “great piece of business.”

Tsimikas was a surprise signing for the Reds when he made his £11.75 million move from Olympiakos last year, with it expected that the club would bring in Jamal Lewis instead.

With Norwich pricing Liverpool out of a move for Lewis – who joined Newcastle for an initial £15 million soon after – there were hopes that Tsimikas could prove to be a bargain alternative.

In his first campaign at Anfield, however, the Greek made only seven appearances, with only three starts and none in the Premier League, as injury, illness and the form of Andy Robertson kept him out of the side.

Tentative links with Napoli suggested Tsimikas could leave this summer, but the 25-year-old has been a key part of pre-season so far, impressing against Mainz and Hertha Berlin.

Along with the likes of Naby Keita and Kaide Gordon, Tsimikas has been one of the most eye-catching players of the summer for Liverpool, and that has seen supporters hail him as the ideal backup for Robertson.

Have been impressed with Tsimikas during pre-season. Rough start with Covid, needed time to settle & impact of CB injuries, but looks much more comfortable now. Would be great if he can help alleviate the dependency on Robertson this season.

Tsimikas has been really good during pre season.

People who wanted Jamal Lewis over Tsimikas dont understand football. Tsimikas is what we need as a back up ie. A poor mans Robertson. Lewis is like Tyrone Mings

Tsimikas is so ready to be apart of this squad and play regularly.

Going to challenge Robbo for his spot quite a bit during the season.

I always knew Tsimikas was a great player when he put in insane performances against Arsenal, Wolves, and Especially Bayern. Ordinary players don't do that.

Naby, Tsimikas and Elliot are impressing this preseason

Tsimikas is a top player

Signing Tsimikas over Jamal Lewis is the best decision ever made.
Perfect backup for Robbo.

Tsimikas was actually a great piece of business, makes it even more confusing that he didn’t make a single PL start last season

Think Tsimikas might be genuinely quite good. Reckon he can play somewhere else cos two good left backs is pretty pointless for the most part.

Happy to see Tsimikas finally getting into the swing of things.

Though Robertson will remain first choice for the long term, establishing a reliable deputy to the Scot is essential, with his overuse impacting his performances.

In Tsimikas, Liverpool have at the very least brought in a player similar in style to their starting left-back, with his attacking thrust and delivery making him a useful outlet.

He is also a hugely popular member of the squad, with assistant manager Pepijn Lijnders naming him along with Robertson, Virgil van Dijk and James Milner as “definitely the loudest” in the dressing room.

If he is able to build on his promising displays in pre-season and translate that into competitive games, the Reds could have unearthed another gem in Tsimikas.