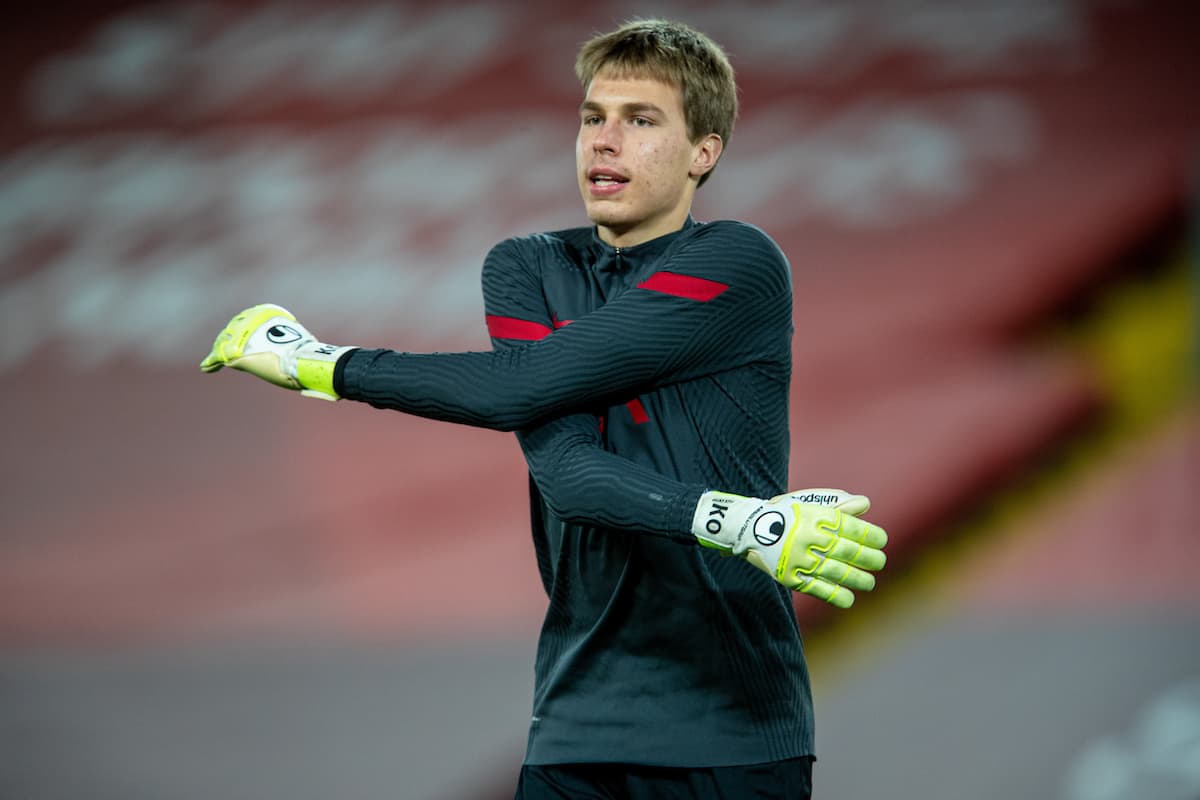 Liverpool have rewarded the progress of 18-year-old goalkeeper Jakub Ojrzynski with a new four-year contract, as he bids to further challenge those in the first team.

Ojrzynski joined the Reds from Legia Warsaw in his native Poland in 2019, and has established himself as first choice for the under-23s, making 17 appearances last season.

The teenager has also been a regular in first-team training and was named on the substitutes’ bench for the 2-0 win over Sheffield United in the Premier League in February.

Only UEFA squad regulations denied him further experience in the Champions League, but Ojrzynski is clearly primed for an increased role at Liverpool as the years go by.

According to Polish outlet Meczyki, Ojrzynski has now signed a new four-year contract with the Reds – a story that is corroborated by David Lynch for the Liverpool Echo.

This comes less than a year after the youngster signed his first professional contract with the club, and serves as a marker of his progress and the potential for more chances at senior level in the future.

Ojrzynski’s new deal ties him to the club until 2025, and follows extended contracts for fellow goalkeepers Adrian, Caoimhin Kelleher and Liam Hughes.

His compatriot Kamil Grabara has left the Reds, however, as part of a £3 million deal with FC Copenhagen, while Vitezslav Jaros remains on loan with St Patrick’s Athletic in the Irish Premier Division until the end of November.

Jurgen Klopp is likely to involve Ojrzynski in his plans for pre-season along with Brazilian stopper Marcelo Pitaluga, who has been working on his injury recovery throughout the summer.

Whether he will be given any game time is unclear, but the Pole is in a stronger position than he may have expected due to Alisson‘s continued involvement at Copa America.

Alisson will not take part in the majority of Liverpool’s pre-season friendlies, which should leave Kelleher, Adrian, Pitaluga and Ojrzynski as the Reds’ primary goalkeeping options.