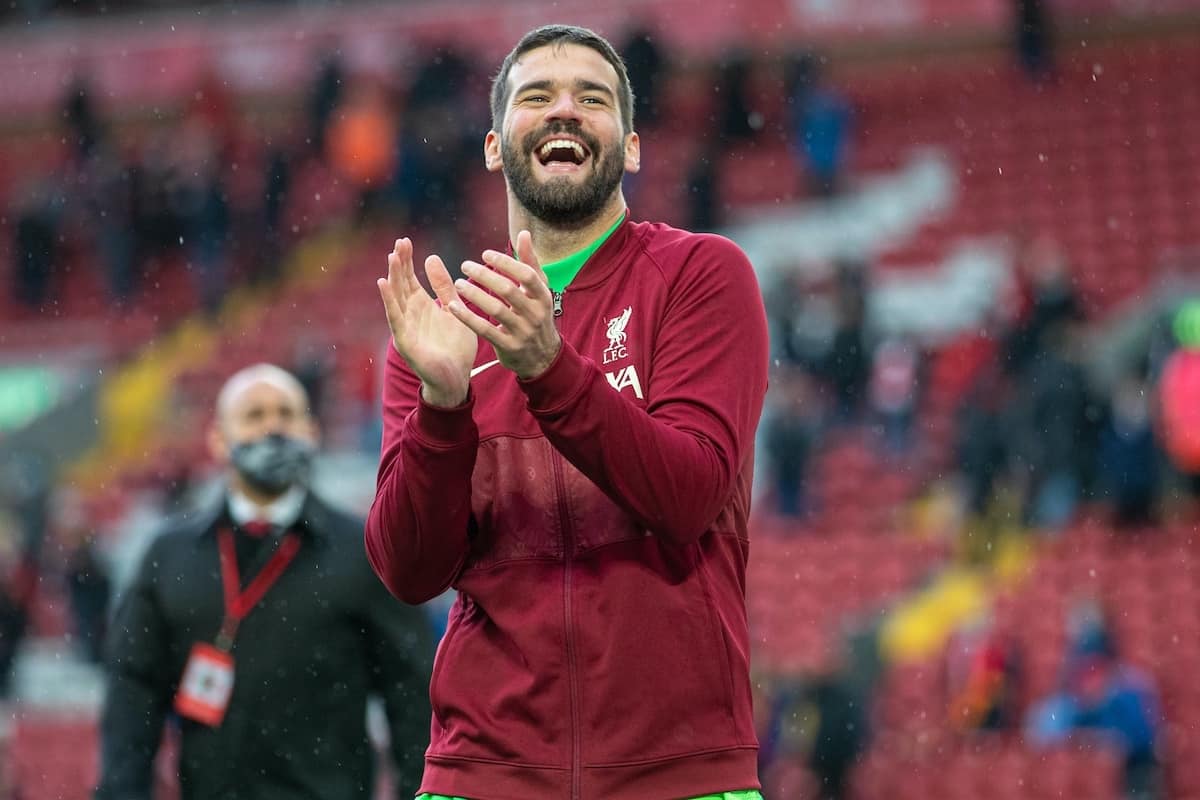 Liverpool are close to agreeing a new five-year contract with Alisson, with the club in the “final stages” of talks with the Brazilian goalkeeper’s representatives.

While the majority of the Reds squad are in pre-season, Alisson is currently on holiday in Rio Grande do Sul, having been part of the Brazil squad that reached the Copa America final.

Jurgen Klopp has granted his summer internationals a break of at least three weeks, with Neco Williams and Harry Wilson the next players to return on Monday.

But talks are ongoing with both Alisson and Fabinho regarding new long-term deals, with the club eager to tie down two of their most important players with improved contracts.

Andy Robertson, Trent Alexander-Arnold and Mohamed Salah are also in line for negotiations, but Alisson is expected to be the first to sign.

According to journalist Fabrizio Romano, likely relaying word from the player’s agency, the two parties are in the “final stages” of talks, with the “final details and clauses expected to be fixed in the next weeks.”

Alisson is believed to be in line for a new five-year deal that will keep him at Anfield until at least 2026, in line with contracts for Ibrahima Konate, Harvey Elliott and Caoimhin Kelleher.

By the time his prospective new terms expire, Alisson will be three months shy of his 34th birthday and likely to have been through his peak years as a goalkeeper.

It would be a major coup for Liverpool to secure the services of their No. 1 for the long term, with the 28-year-old undoubtedly one of the best in the world in his position.

The same can be said of Salah, Fabinho, Robertson and Alexander-Arnold, with retaining key players as important as making additions to Klopp’s current squad – if not more so.

In the coming weeks and months, decisions will be made over the futures of Divock Origi and James Milner, whose deals run out in 2022, while eight other players including Virgil van Dijk, Jordan Henderson and Sadio Mane are all contracted to 2023.