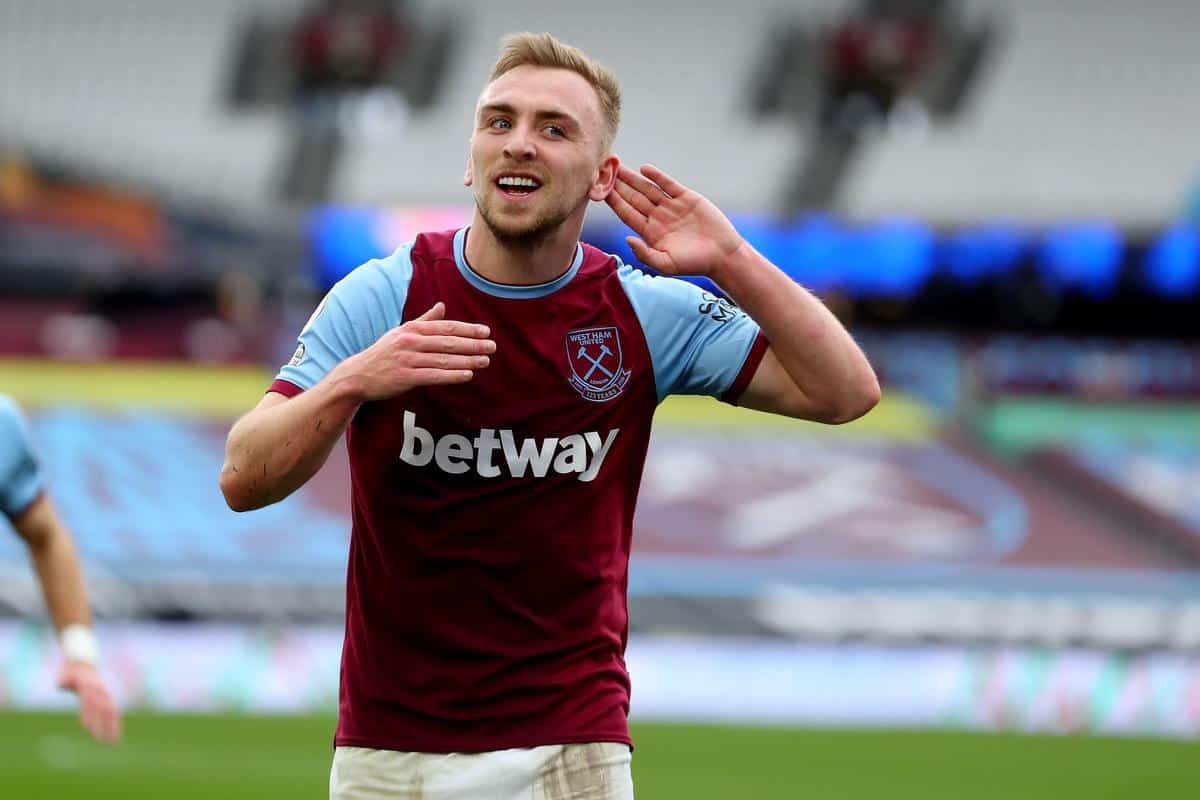 Less than a day after news of Liverpool’s interest in West Ham winger Jarrod Bowen emerged, the same publication has reported that he is “not for sale.”

Bowen was surprisingly named on the Reds’ transfer shortlist in attack as The Athletic‘s James Pearce reported that he was one of a number of players considered for a summer move.

The 24-year-old “fits the profile for Liverpool in terms of his age, playing style and versatility,” it was claimed, with Pearce adding that Jurgen Klopp “rates him highly.”

It was suggested that Bowen could be a long-term target for the club regardless of whether a move to Anfield transpires this summer, with a deal made more difficult due to the length of his contract, which runs to 2025.

Now, Pearce’s colleague Roshane Thomas, who covers West Ham for The Athletic, has relayed word from the east London club in reporting that Bowen is “not for sale.”

Strangely, though, Thomas adds that “the hierarchy at West Ham think a bid would need to be over £35 million to even be considered,” which contradicts his earlier claim.

In a hypothetical situation, then, Liverpool could offer around £35 million and the Hammers would be willing to open talks, though this would be a significant fee paid for a player not arriving as a first-choice starter.

Bowen is likely to be one of a number of wingers on the Reds’ radar, and that Pearce’s report touches on early conversations within the club over his availability.

Some supporters have theorised that the Englishman could be used as a ‘smokescreen’ while Liverpool’s sporting director Michael Edwards works on another deal, with word of interest in a rival player capable of being used in negotiations.

For example, if the club are in talks with PSV Eindhoven over their 19-year-old ex-Tottenham winger Noni Madueke, reports of a potential Liverpool move for Bowen could force the Eredivisie club into a more favourable deal.

The Reds are likely to be targeting a homegrown player for either midfield or attack this summer, with the rumoured departure of Nat Phillips opening up a slot that would need to be filled.

Bowen would qualify as homegrown, as would two other forwards who are under consideration at Kirkby in Leicester‘s Harvey Barnes and Aston Villa‘s Ollie Watkins.

One difficulty in signing a homegrown player rather than developing them in-house – as Liverpool are currently doing with the likes of Curtis Jones, Leighton Clarkson and Rhys Williams – is that they would generally come at a premium.