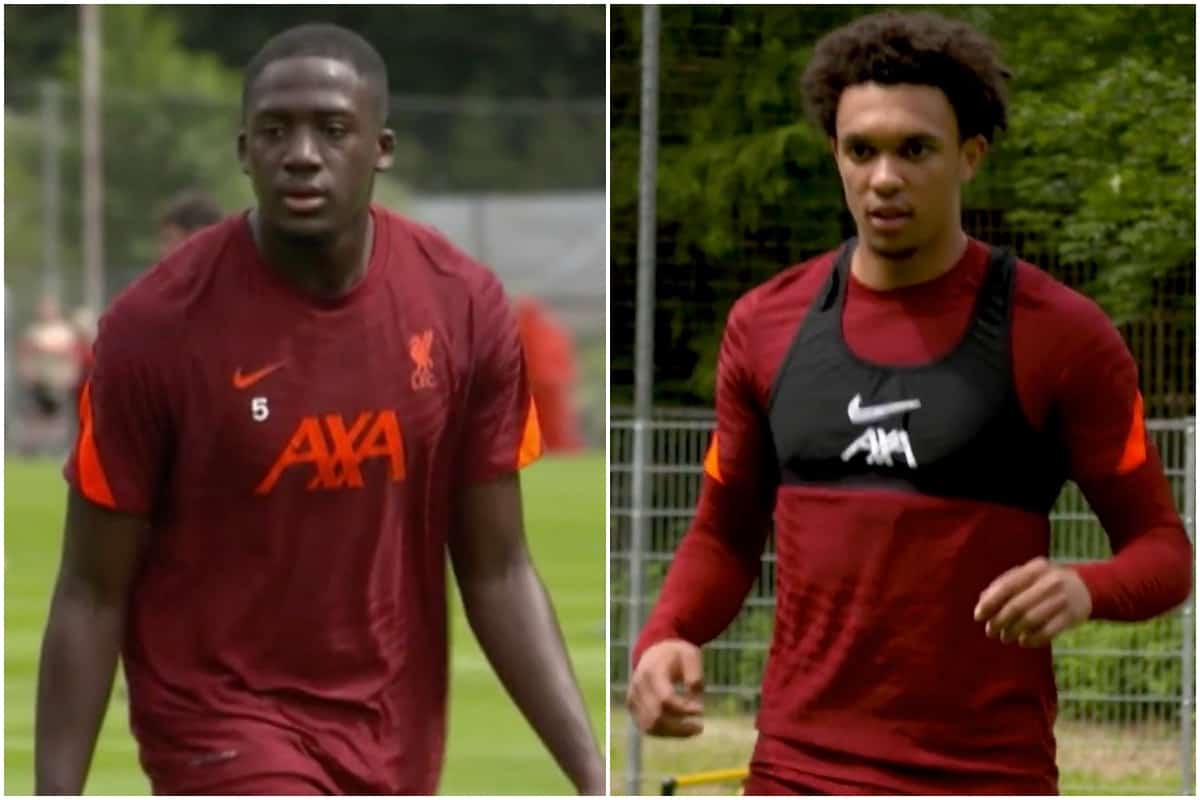 Jurgen Klopp has confirmed that both Ibrahima Konate and Joel Matip will feature in Tuesday’s opening pre-season friendlies against Wacker Innsbruck and Stuttgart.

The Reds will play two 30-minute games on Tuesday evening to kick off their schedule of warmup friendlies, in a departure from the norm in pre-season.

With Klopp and his squad spending the majority of the summer out in Austria, they have chosen to forgo their customary domestic friendlies, which typically include local sides such as Tranmere, Blackburn and Blackpool.

They will gradually increase their minutes on the pitch, too, with half-hour games against Wacker Innsbruck and Stuttgart, followed by an hour against Mainz and then a full 90-minute clash with Hertha Berlin.

It is designed to allow players to gradually get up to speed, with new signing Konate and the returning Matip chief among those who can benefit.

“He’s had a good rest, had a normal pre-season so far, so yeah, he can play on Tuesday,” Klopp told the club’s official website on the prospect of Konate’s debut.

“For Ibou it is important that he gets minutes quickly, that’s what pre-season is for.”

On Matip, he said “there is absolutely no doubt Joel can play on Tuesday,” as he is “the closest of all the four long-term injuries” to making a full recovery.

Neither Joe Gomez or Virgil van Dijk will take part against Wacker Innsbruck or Stuttgart, but Klopp is also hopeful of minutes for Trent Alexander-Arnold.

“Trent looks for me like [he can] but I will have to speak to the medical department and they will tell me if it is too early,” the manager explained.

“I don’t think [it is], I think he could play a few minutes on Tuesday.”