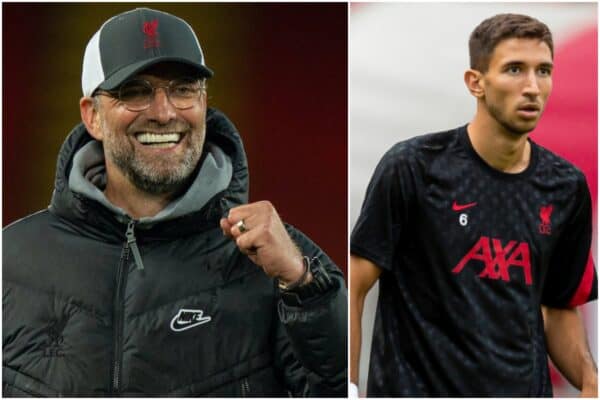 Liverpool have been a well-run club for a number of years now, and the solid moves made in the transfer market arise in part from ensuring a constant income from sales.

The big one in the Jurgen Klopp era was of course Philippe Coutinho‘s departure to Barcelona, the money from which went to exceptional use, highlighting the importance of timing of sales, not just the amount received.

There isn’t likely to be a big-money exit like that one this summer, which makes the smaller – but more frequent – deals all the more important, as they can quickly add up to the value of a single new signing without any players leaving from Klopp’s actual first-team squad.

Two such moves appear possible in the coming days, with Marko Grujic seemingly approaching an “imminent” move to Porto and Luis Alberto potentially forcing a return to Spain.

The former deal has been in the works for a while, with the Serbian midfielder on loan in Portugal last season. He impressed eventually and Porto see him as a crucial part of their plans going forward.

Media outlet A Bola now report that the move is “closer than ever” and the sides have reached a compromise of €13m (£11.1m), lower than the €17m the Reds originally wanted but above Porto’s starting offer.

Assuming that’s correct, there should be few problems completing the deal quickly as Grujic has already spoken about his happiness with Porto last season – and his sale for that value would mean the Reds bank around a £6m profit on the player who was Klopp’s first-ever signing after taking over at Anfield, not including any fees paid for his loan stints at Hertha, Cardiff and the Estadio do Dragao.

The second potential deal Liverpool have no say in, having sold Luis Alberto in 2016.

But when that move was arranged, a 30% sell-on clause was negotiated, and the midfield playmaker has developed into an excellent, consistent performer during his time in Serie A.

He seemingly wants a route back to Spain now though, with Lazio confirming he has not reported back for pre-season or returned the calls of the club, with Atletico Madrid and Villarreal both keen to land a player who the Rome club value at between €50m-60m, according to most Italian outlets.

Even a sale at the lower end of that figure would net the Reds €15 million (around £12.8m) as their cut.

Should the two transfers go through as planned, Liverpool would therefore add €28 million (£23.9m) to their coffers for the summer without so much as removing a single minute of contribution to last season’s Premier League or Champions League squads.

That figure could then be put towards additions for Klopp’s side for the coming campaign. It’s another example of how Liverpool might well need to sell to buy, but that doesn’t at all have to mean that the sales come from those who already form part of this tremendous trophy-winning squad.