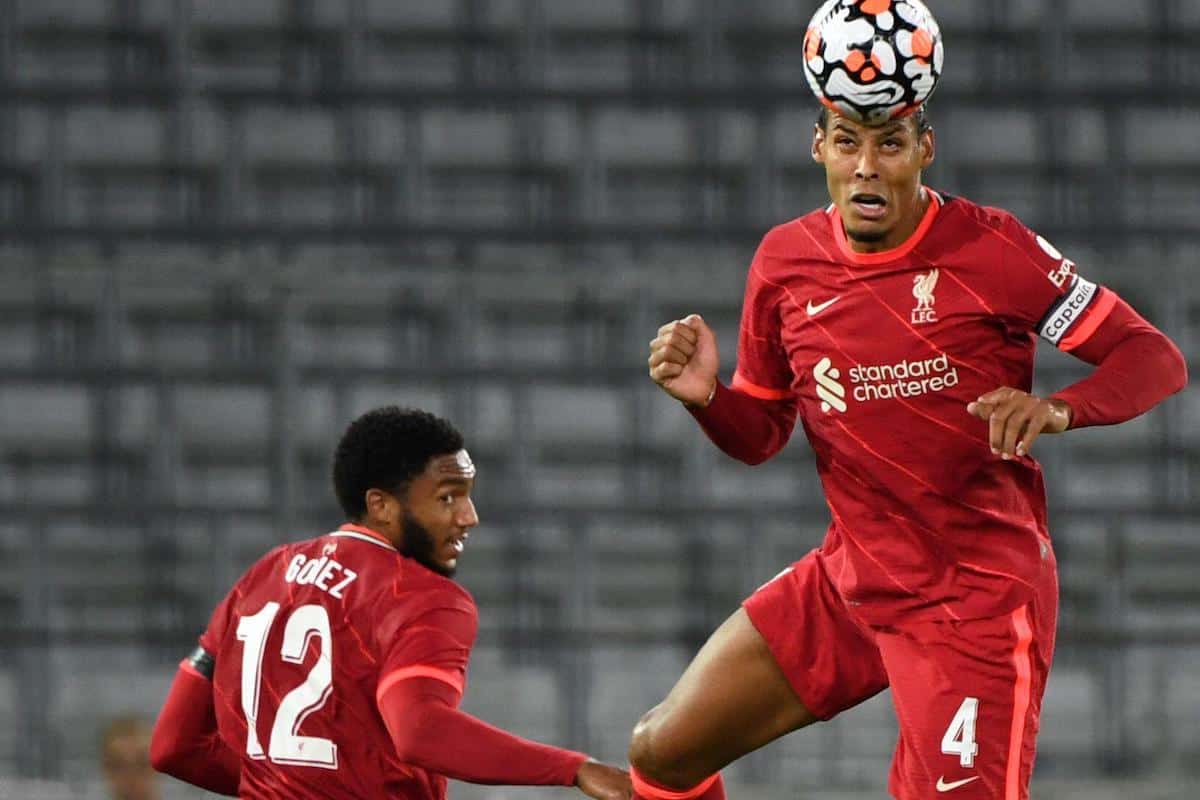 Virgil van Dijk and Joe Gomez made their long-awaited returns from injury on Thursday night as Jurgen Klopp’s side continued their pre-season preparations with a 4-3 defeat to Hertha Berlin in Tirol.

It had been 284 days since Van Dijk had last laced up his boots for first-team minutes, before his coming together with Jordan Pickford in October’s Merseyside derby subsequently ended his season prematurely.

And Joe Gomez’s season didn’t live on for much longer, as his season was ended following a freak injury sustained whilst on international duty with England a month later.

However, the noise coming out of Kirkby over the previous eight months or so has alluded that the pair have been recovering from their setbacks rather well, proven by their inclusion in Jurgen Klopp’s 34-man squad for this summer’s pre-season training camp in Austria. 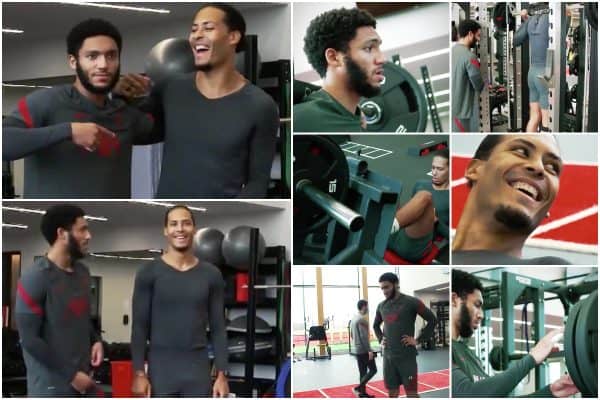 Initially Van Dijk and Gomez had only been carrying out one session per-day as the Reds’ medical department weighed up the most efficient way of balancing out the risk vs reward factor.

However, in recent days their progress seems to have been advanced even further with the duo seemingly taking part in as many of the sessions as the rest of their teammates.

Thursday’s game against Hertha Berlin epitomised just how well the duo have been progressing as Klopp had initially ruled them out of the contest against the German side, labelling any cameo from the duo as “unlikely” after Liverpool’s 1-0 victory over Mainz last Friday.

But on Monday it was revealed that the duo, Van Dijk especially, would be in contention to play some part in the fixture as Klopp provided an update on the duo’s progress.

“In training, they both look really good,” the boss said. 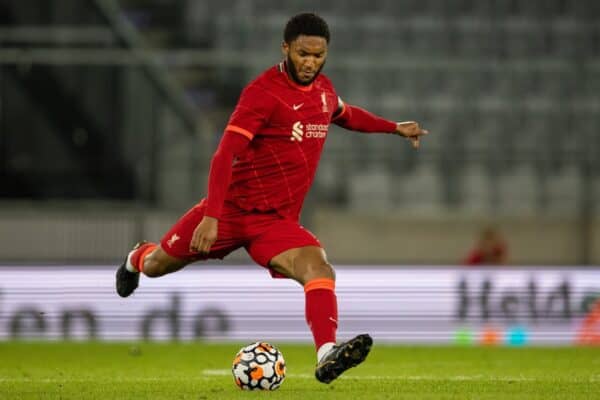 And the moment the pair would’ve spent hours dreaming about during the rehabilitation battle finally came to fruition with just over 20 minutes remaining.

Gomez and Van Dijk rather fittingly replaced their deputies from last season, Rhys Williams and Nat Phillips, to the rapturous applause of the 11,000 fans inside the scenic setting of the Tivoli Stadium.

Like with any long-term injury, there was certainly no emphasis on the performance in their first outing, especially as Liverpool’s No.4 seemed to go disposed of rather easily as Stevan Jovetic grabbed his second and Hertha’s fourth of the night.

And Klopp was full of praise for the comebacks of his Premier League winning duo, casting the result to one side and appreciating the importance of the duo getting their pre-season officially up and running. 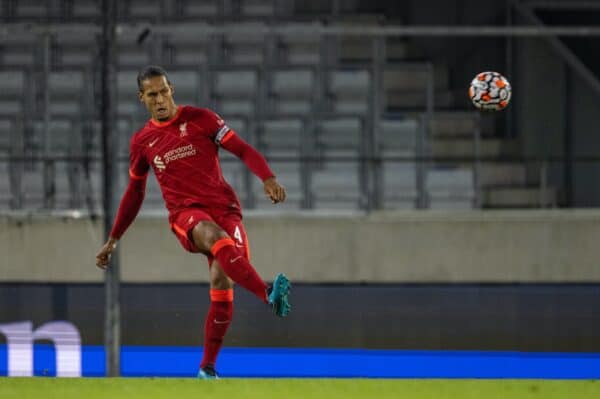 “It was a nice feeling, eh?” Klopp said in his post-match interview. “Usually, we all know the fourth goal, we defend that situation well. But it’s nice to have them back. [It’s the] first step, really important.”

With just over two weeks until Liverpool begin their Premier League season against Norwich at Carrow Road, the boss has a dilemma on his hands as he’s blessed with a wealth of suitable centre-back options.

In fact, there were seven centre backs in the squad vs. Hertha, including unused sub Billy Koumetio. Plus the mysterious Ben Davies who is back in the UK for the past week for “personal reasons.”

With Van Dijk and Gomez only just beginning to get minutes into their legs, it seems unrealistic to believe that they’ll be in contention to start any of Liverpool’s games before the September international break.

But with the arrival of Ibrahima Konate from RB Leipzig, it looks like it could be Gomez who, once again, has to fight back and prove his quality.

Konate, who made a £36 million switch from Leipzig, has already shown his fantastic recovery pace and desire to bring the ball out from the defence during his minutes in a red shirt so far.

Given that Joel Matip has also had his own fitness demons during his time at Anfield, no more so than last season when he was ruled out from January onwards with ankle ligament damage, it’s hard to predict exactly which pairing will become the Reds’ first-choice by wintertime.

One thing that is for sure is that Klopp will have to rotate between his options like never before even when he has all of his options fit and available – not wanting to risk any setbacks.

Especially given the nature of Van Dijk and Gomez’s injuries, and with the Dutchman recently turning 30, they will have to be extremely cautious as to how the duo are deployed over the coming months.

It wouldn’t be far-fetched to suggest that the pair’s game time could be almost halved compared to the numbers they’ve racked up in recent seasons, as Klopp searches for the optimum formula of keeping his key men fit whilst also challenging on multiple fronts this season.

And whilst it remains to be seen who will be given the nod to partner van Dijk this season, one thing that is for sure is that supporters certainly won’t be seeing either of the defenders play three times a week, given the options Klopp and Liverpool now boast.