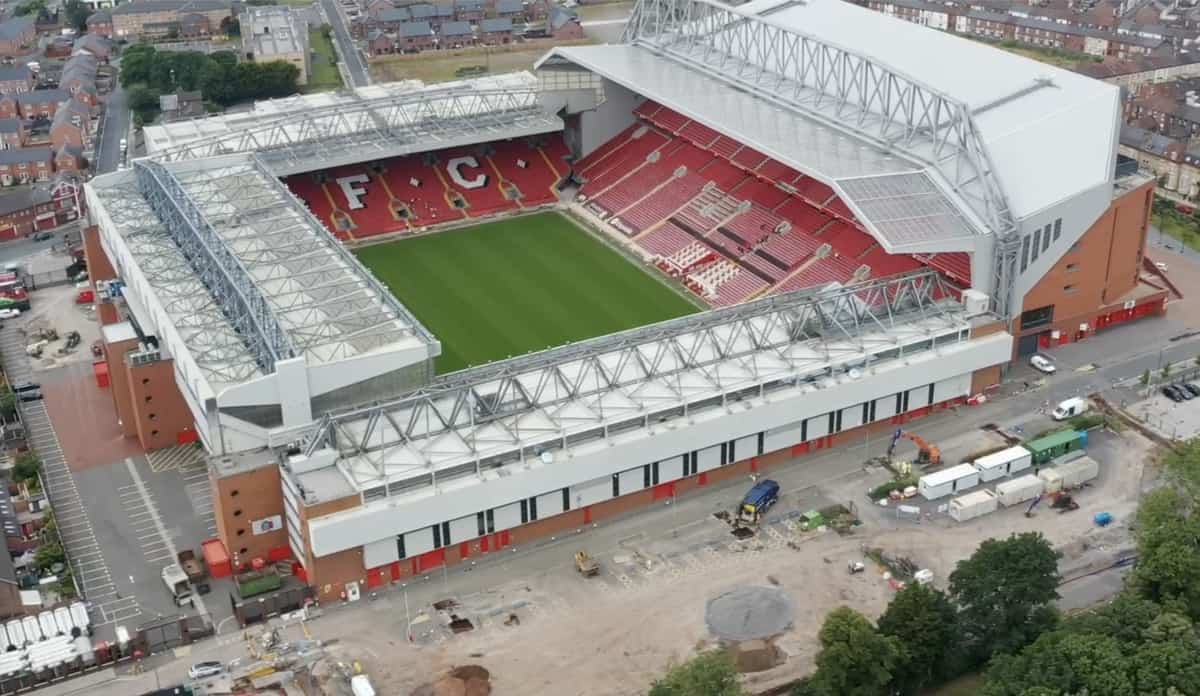 The Anfield Road end expansion remains in its infancy, but groundwork continues for a stand that will boost the overall Anfield capacity to 61,000 by 2023/23.

In mid-June, Liverpool received the green light to begin work on the stand that has been a long time coming following delays due to the pandemic.

The Anfield Road end is one that has one too many obstructed views in the lower tier and its redevelopment signals welcome ambition to match the endeavours on the field.

Currently, work may not be clear to see with the naked eye as at this stage it is all about the groundwork, piping and electrical, before building the foundations behind the existing stand, as seen in our video update (above).

It’s a process similar to that of the Main Stand to ensure no disruptions for matchdays with the current Anfield Road end for both home and away supporters.

It’s the start of a two-year process, one that is scheduled to see the new stand, which will hold 7,000 fans, open in time for the 2023/24 season – the final campaign of Jurgen Klopp‘s current contract. 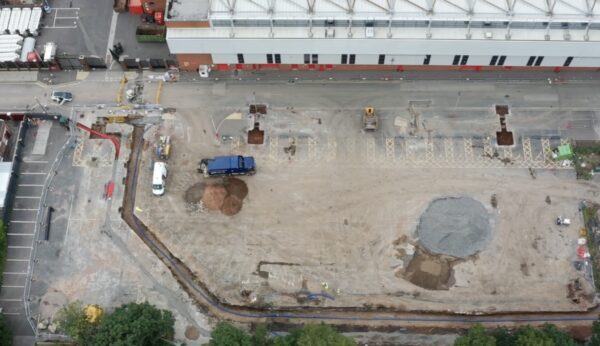 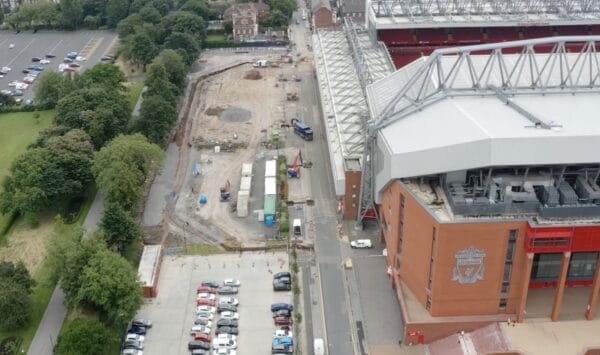 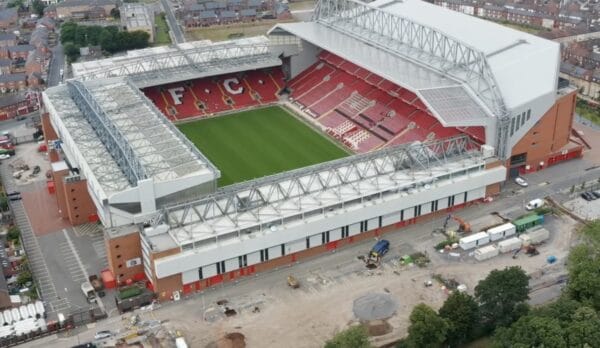 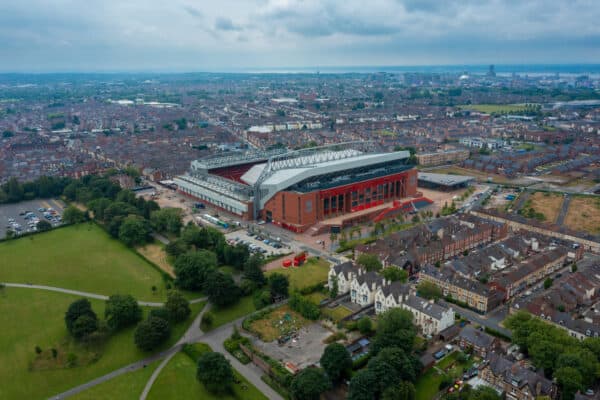 The building footprint from an aerial point of view clearly depicts the scale and size of the new stand, one that will edge toward the boundaries of Stanley Park.

“Making this iconic place available for more people is a very good idea,” Klopp said of the plans back in 2019.

It’s a view shared by thousands of Reds with tickets having grown increasingly harder to obtain and the boost to capacity is to make Anfield the third-largest in the Premier League behind Tottenham Hotspur Stadium and Old Trafford.