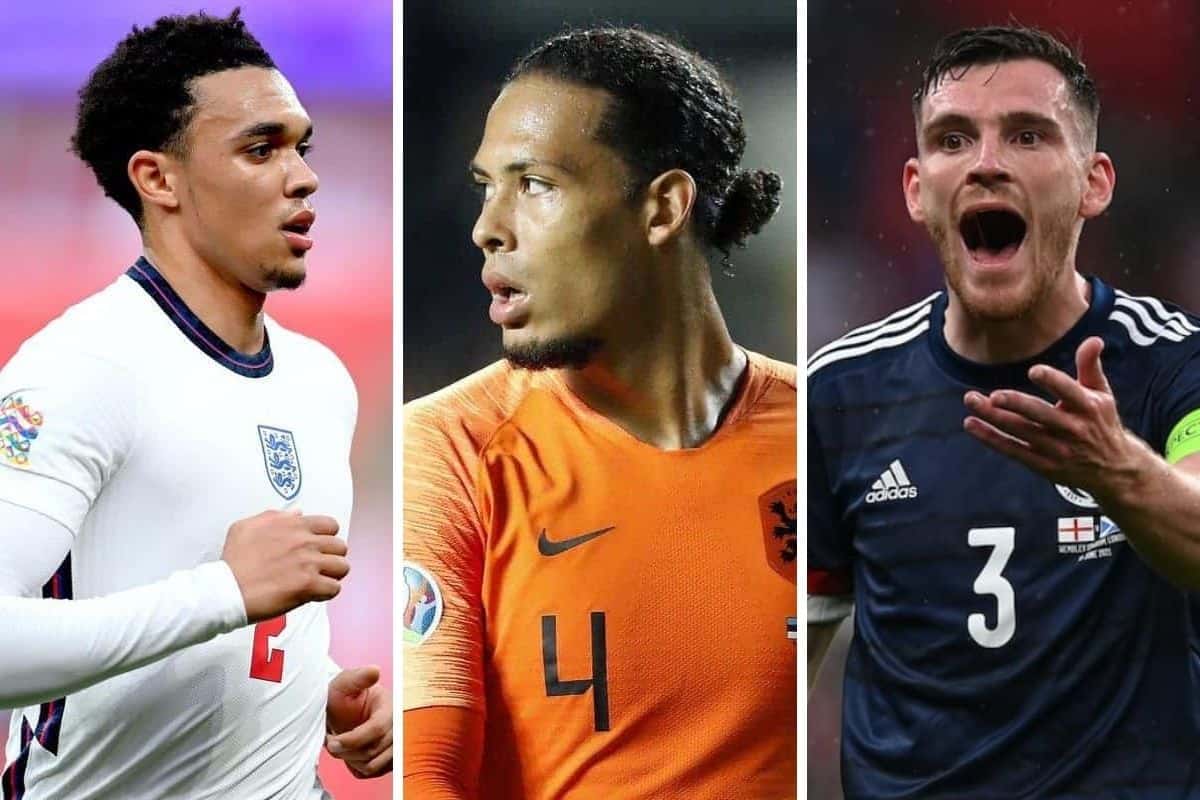 Only three games have taken place but it’s that time of the year already, the first international break of the season and Liverpool have 32 players involved.

And there is doubt over the involvement of four more due to the UK government’s COVID restrictions, meaning the Brazilian trio and Mohamed Salah are set to miss out.

The Reds blocked Alisson, Fabinho and Roberto Firmino from playing a part in a triple-header of World Cup qualifiers due to the need to travel to a red-list country that would enforce a 10-day quarantine.

They are, therefore, to remain on Merseyside while Salah could feature in one of Egypt’s 2022 qualifiers in Gabon, with no threat of quarantine on his return as opposed to his native country.

But there are no doubts over the involvement of other members of Klopp’s contingent, with a total of 13 first team members called up and a further 18 players from the Academy set-up and loan contingent.

Virgil van Dijk will make his long-awaited return to the international stage for the Netherlands under the returning manager Louis van Gaal and alongside former Reds teammate Gini Wijnaldum.

The No. 4 will return to captain his country against Norway (Sept 1), Montenegro (Sept 4) and Turkey (Sept 7).

Jordan Henderson and Trent Alexander-Arnold will be in the mix for England as they meet Hungary (Sept 2), Andorra (Sept 5) and Poland (Sept 8), aiming to extend their lead atop of their World Cup qualifying group.

And Diogo Jota and Kostas Tsimikas close out the European representatives at senior level, with Neco Williams withdrawn due to injury – where Ben Woodburn was subsequently called up.

Sadio Mane and Naby Keita, meanwhile, will have two games on their calendar for Senegal and Guinea respectively.

There is a promotion in the England setup for Harvey Elliott, with the 18-year-old joining Curtis Jones in the Young Lions’ under-21s squad to play Romania and Kosovo.

Notably, Thiago and Ibrahima Konate will also remain on Merseyside with no call-up coming their way and fingers will be crossed that all internationals return fit and healthy.