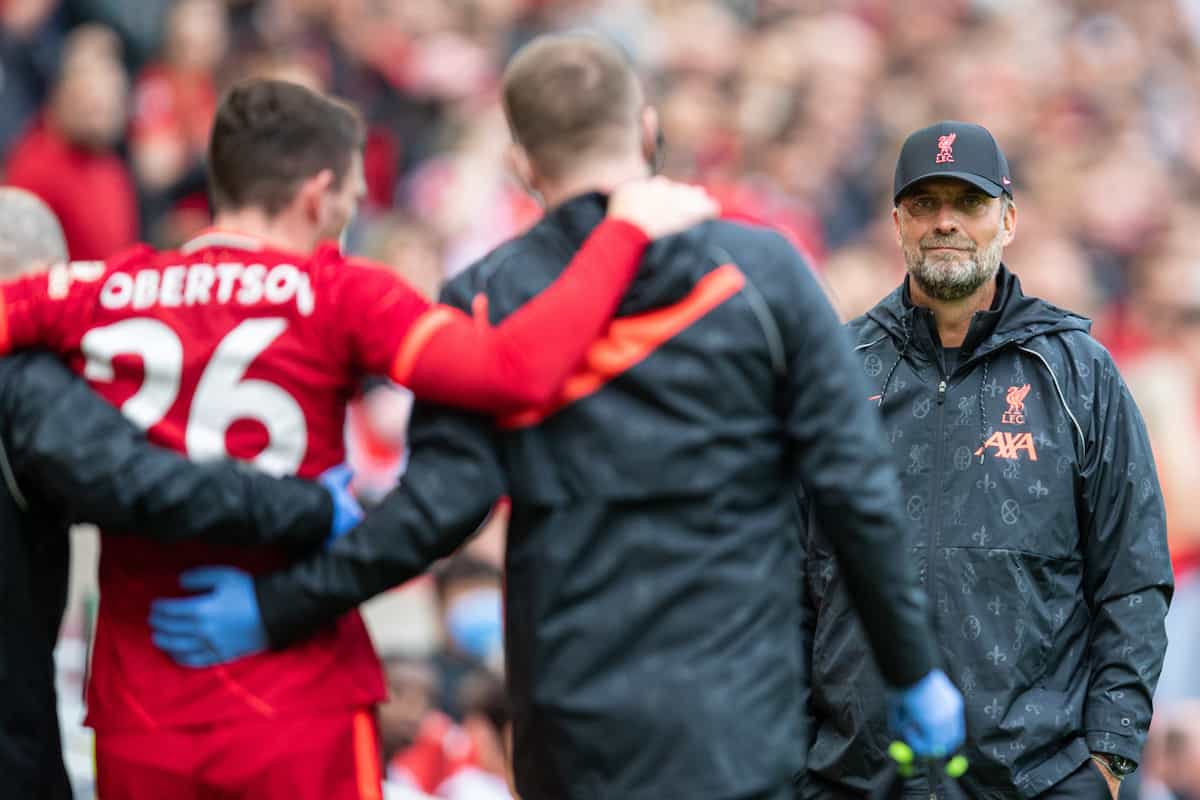 Liverpool’s 1-1 draw with Athletic Club was a largely positive event, but for a first-half incident.

Andy Robertson injured his right ankle while blocking a shot shortly before half time, limping off to be replaced by youngster Owen Beck at half-time.

Speaking post-match, Jurgen Klopp explained: “We obviously don’t know in the moment how serious it is. It was pretty painful and that’s why Andy went off.

“You probably saw it on the TV pictures better than we did, but he got the ball, the ball on the front of his foot, [and] twisted the ankle.

“The pain settled already, but we cannot say anything further without further assessment tomorrow. He has to get a scan and then we will know more.”

Your support today was amazing! Thank you for all your messages, I’m positive but let’s see what tomorrow brings! #YNWA pic.twitter.com/tOFvWrvNgG

Robertson, meanwhile, took to social media to say “Thank you for all your messages, I’m positive but let’s see what tomorrow brings” – referring to a scan on Monday he will undergo.

The cautious nature of Klopp’s words are to be expected, but despite Robertson walking off the pitch – Kopites will remember Virgil van Dijk doing the same against Everton before a torn ACL verdict was returned – it’s extremely unlikely he’ll feature at the start of the 2021/22 campaign.

Kostas Tsimikas was already planned to start against Osasuna on Monday night and the ‘Greek Scouser’ could now make his first Premier League start against Norwich on the opening day on Saturday. 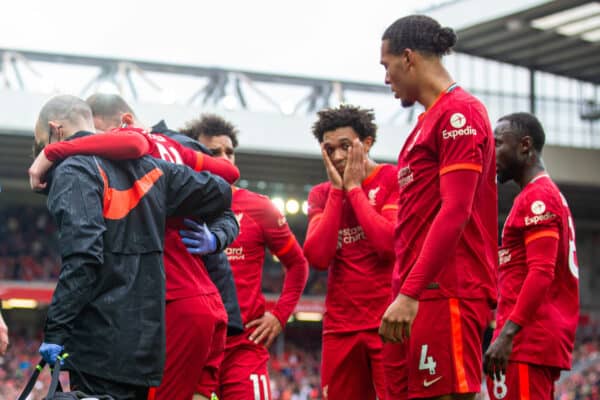 He also then went on to feature in all three games this summer for Scotland at Euro 2020.