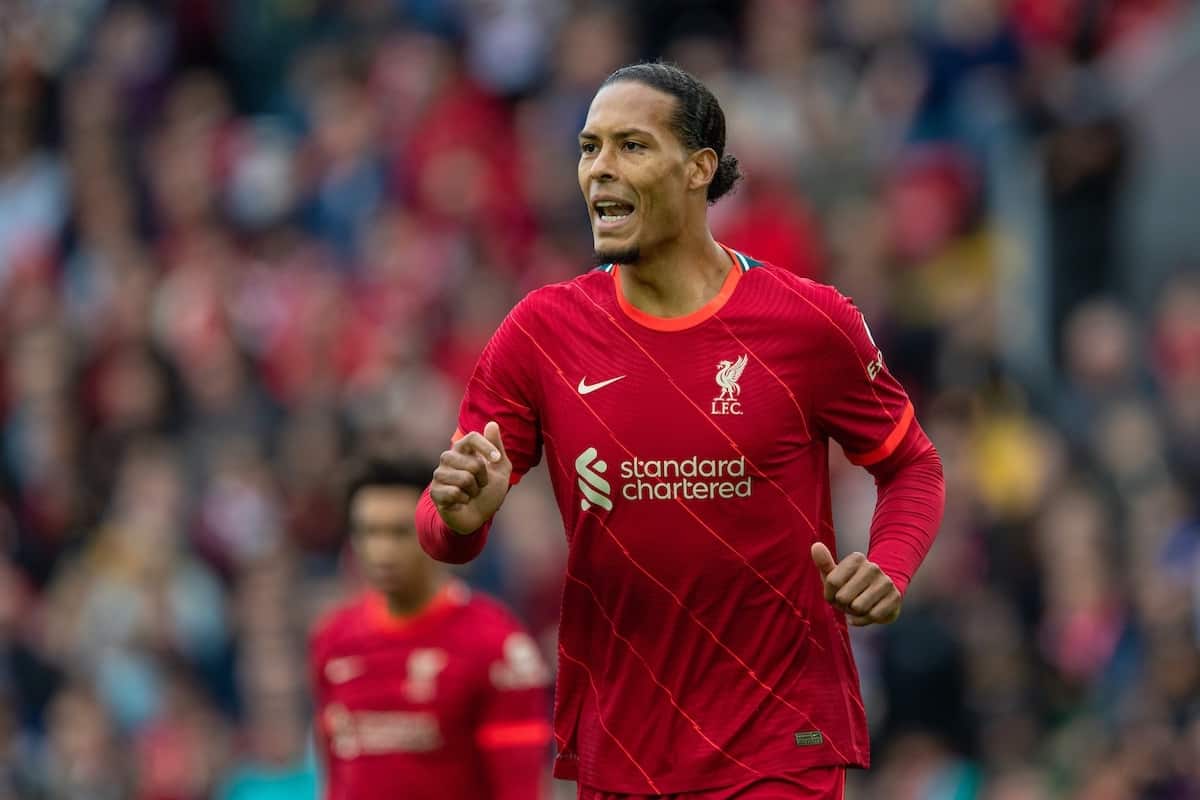 Liverpool’s season gets underway tonight at Carrow Road and Jurgen Klopp has named Virgil van Dijk in his starting XI for the first time in 302 days.

The summer work on the training track is done and now it’s time for the Reds to sink their teeth into the 2021/22 campaign, one that holds plenty of promise.

It was a positive pre-season for Klopp’s men and they’ll look to carry that good feeling into Carrow Road and back to Merseyside with their first three points in the Premier League.

And Alisson will be looking to keep his first clean sheet to help them do just that.

The Brazilian will sit behind a defensive line of Trent Alexander-Arnold, Joel Matip, Van Dijk and Kostas Tsimikas – the latter of whom is making his first league start.

In midfield, Alex Oxlade-Chamberlain is given the nod alongside James Milner and Naby Keita.

Mohamed Salah, meanwhile, will be chasing a goal in the opening league game for the fifth successive season, which would be a new record, with Sadio Mane and Diogo Jota his strike partners.

Clubs can still only make three substitutions, but nine can be named on the bench and it allows Klopp to have a host of options at his disposal, including Harvey Elliott, Roberto Firmino and even Ben Woodburn. 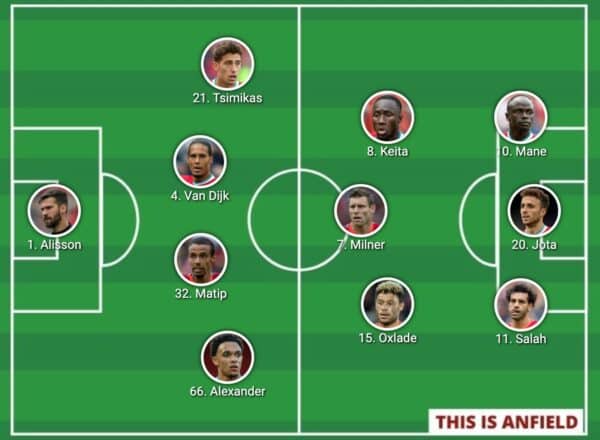