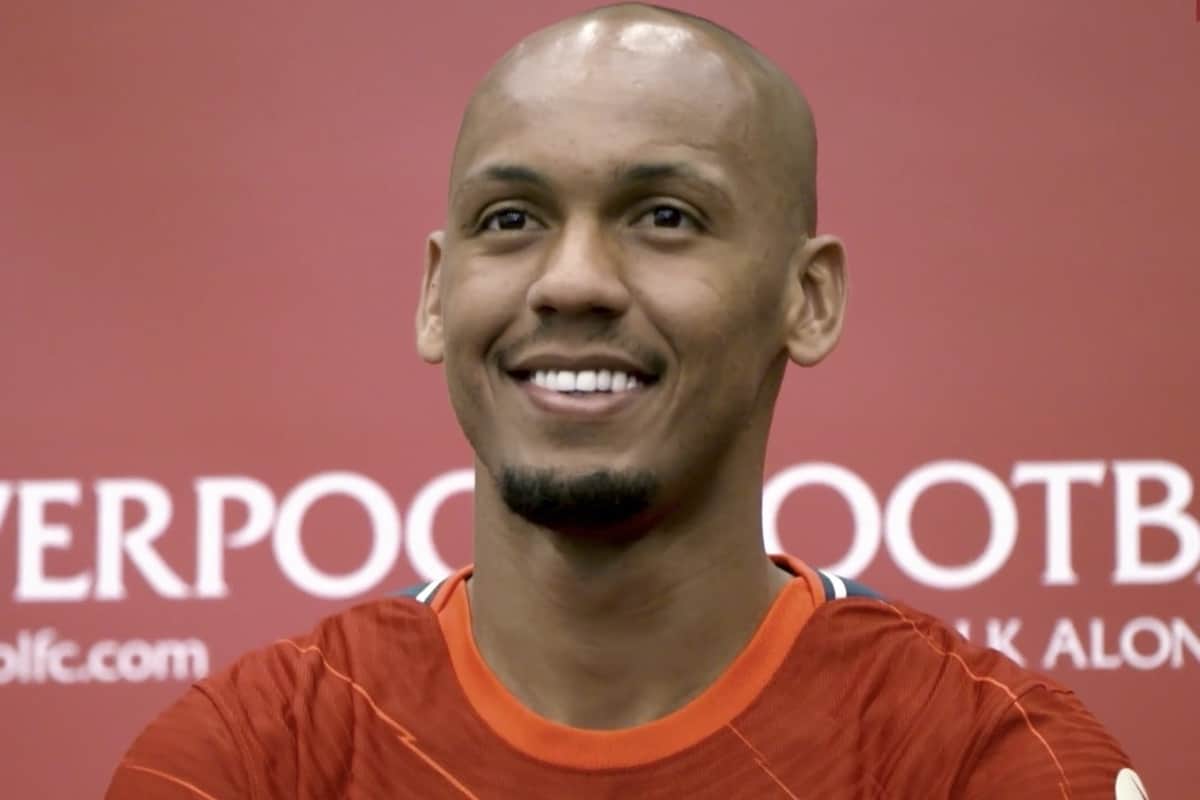 Fabinho has become the latest Liverpool player to sign a new contract, with the Brazilian midfielder committing himself to the Anfield club for the next five years.

The Reds have announced a host of new deals for first-team players this summer, with Trent Alexander-Arnold, Caoimhin Kelleher, Harvey Elliott and Adrian among those to agree extensions.

Talks are underway with a number of key figures within Jurgen Klopp‘s squad, and Fabinho is the latest to have put pen to paper on fresh terms.

Liverpool confirmed the 27-year-old’s new contract on Tuesday evening, ensuring he stays with the club for the next five years until 2026.

By that point, Fabinho will be nearing his 33rd birthday, with this extended deal tying him down through his peak years as a defensive midfielder.

It is a major boost for Liverpool due to the transformational impact their No. 3 has made since arriving from Monaco in a £43.7 million deal in 2018, playing 122 times for the Reds so far.

“Since the beginning of the conversation, I was really positive about it because it’s what I wanted – staying in this club, keep playing for Liverpool,” Fabinho told the club’s official website.

“Now this is official and I’m really happy.

“These last three seasons I’ve been really happy here. I learned a lot with the manager, with all the staff, with the boys as well.

Alisson, Mohamed Salah, Virgil van Dijk, Andy Robertson and Sadio Mane are all due talks over new deals in the coming weeks, while the hope is negotiations will resume with Jordan Henderson.