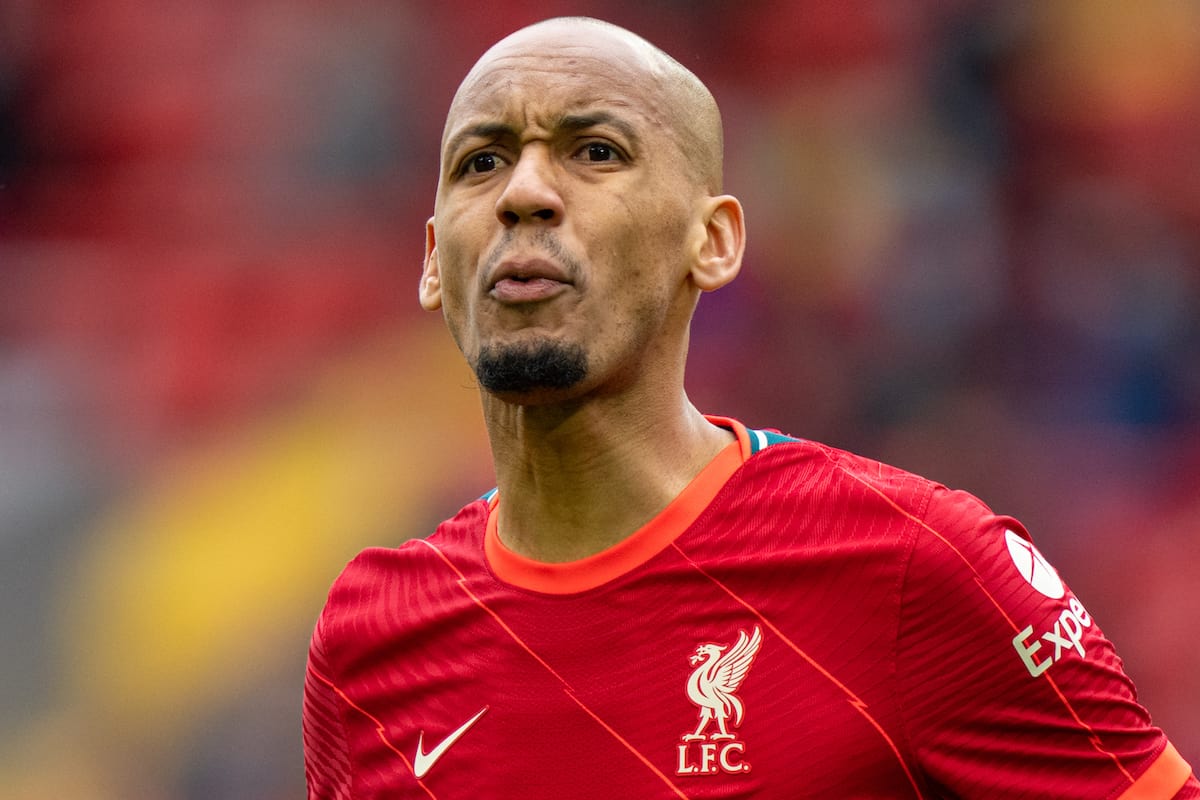 Liverpool fans have been provided with another boost in the form of Fabinho penning a new five-year deal, and it was easy to see why there was excitement over the announcement.

The No. 3 has proved to be an instrumental figure for Jurgen Klopp since his arrival in 2018, and he’s not called the lighthouse for no reason.

A world-class operator who showed his selflessness last season in defence, Fabinho is a fan favourite and while potentially underrated outside of Anfield, there’s no questioning the love Reds have for him.

He is the latest player to agree to a contract extension this summer, following Trent Alexander-Arnold, Caiomhin Kelleher and Harvey Elliott – and he will not be the last.

It’s an investment in the current squad and that Fabinho is here to stay until 2026 was greeted with excitement.

Great to see Fabinho sign a new long-term contract. Has been instrumental since joining in pushing Liverpool to another level. One of the world's best defensive midfielders – progressive, assertive & a core part of the team's spine.

Long-term deals for big players and then signings. Keep the faith.. https://t.co/WWnakomY8o

Fab and Thiago starting in midfield: W8 D1 L0. With the updated VAR rules, it’d be W9… Exciting times ahead.

It's so reassuring to have a player like Fabinho. Just a world-class no.6. ? https://t.co/JONZjN9Ts4

Love seeing our key players getting locked down with new contracts. Fabinho is a key piece to our midfield. https://t.co/S8A4UIV6E9

Tying up new deals for Trent and now Fabinho is great news for Liverpool. Long term they need to keep that spine along with Alisson, Virgil, Robbo, Salah and Mane. It’s as good a spine as any team in world football to build around.

Reasonable to believe that by the start of the season Liverpool will have Alisson, Trent, Robertson, van Dijk, Fabinho, and Salah guaranteed with new contracts.

Key men, among the best in the business. A successful group doesn't need new faces it needs to sustain its old ones.

As an instrumental piece of the Reds’ spine, tying Fabinho down for the long term is a brilliant piece of business for Liverpool ahead of the new season.

The 27-year-old is still very much in his prime and will be at the heart of the success the team no doubt go on to achieve in the coming years.