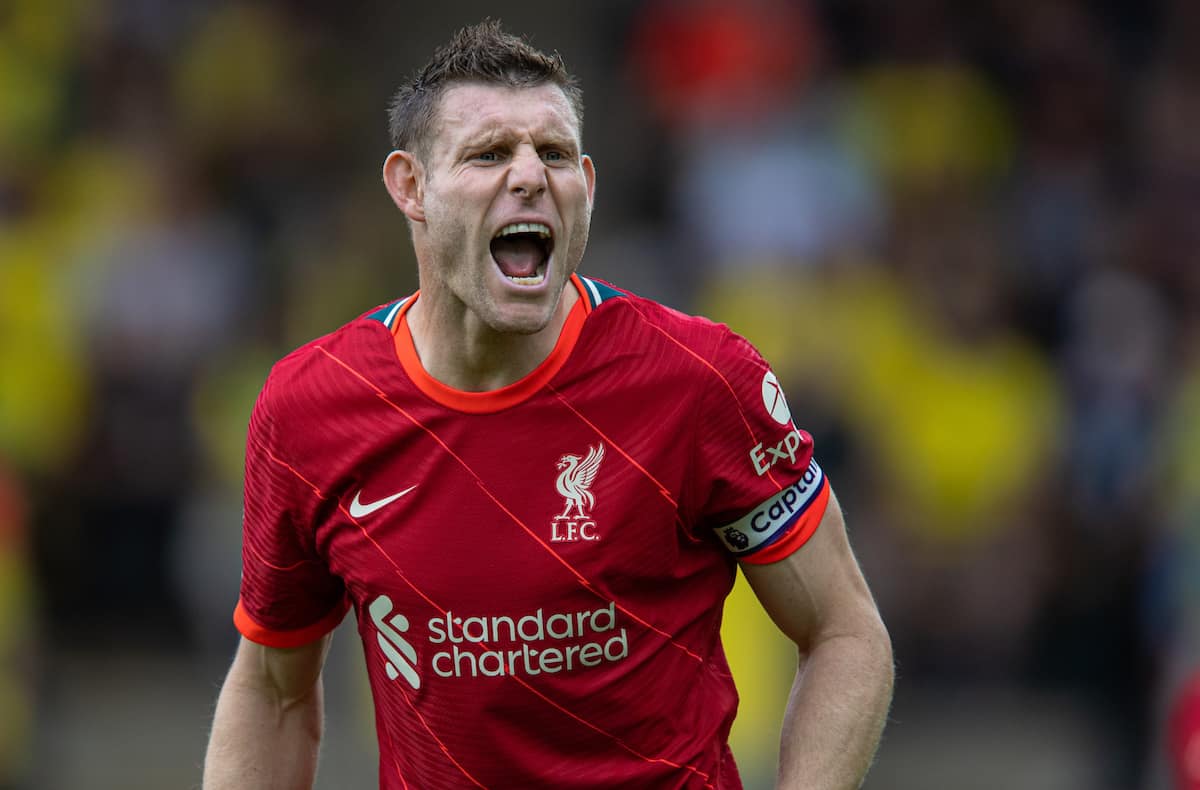 Liverpool fans know him as the lactate test king and James Milner continues to record staggering numbers on the pitch, as he did again at Norwich on Saturday.

The 35-year-old’s fitness knows no bounds and while many expected the No. 7 to take a more peripheral role this season, there can be no questioning his ability to cover the ground.

And that is evidenced by the fact that he had more kilometres in the legs than any other Premier League player across the opening round of fixtures with 12.65km.

That stat from Squawka is a hugely impressive one off the back of a tough pre-season and that Milner’s last league start was on April 19 against his former club Leeds.

James Milner covered more ground (12.65km) than any other player in the first round of 2021/22 Premier League fixtures.

A lung-busting performance made for a good afternoon’s work as he remained the only midfielder to stay on the pitch for the entire 90 minutes in the win at Norwich with Alex Oxlade-Chamberlain and Naby Keita both substituted at 60 and 83 minutes respectively.

It isn’t new territory for Milner to cover such distances but it’s a trait that makes him ever reliable for Klopp, even in his last contracted year at the club.

Even at 35, he remains untouchable in the fitness stakes and he continues to live up to the tag of a man-machine in what is his 20th Premier League season, only Gareth Barry (21) and Ryan Giggs (22) have played in more in the English top-flight.

With Thiago, Jordan Henderson and Fabinho all returning to the fold, Milner may find himself with more appearances from the bench — he is the most-used sub in Premier League history — as the season progresses but he will remain important to Klopp. 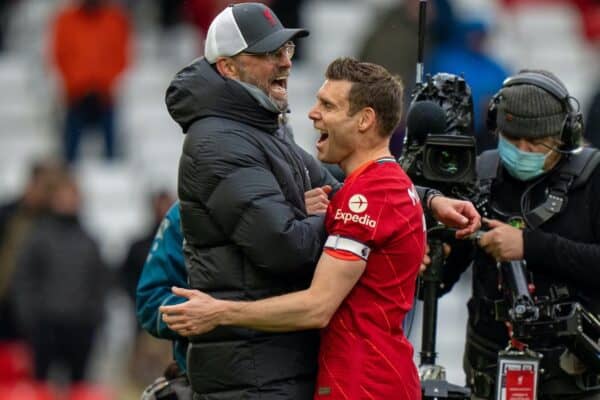 And more victories like the one at Norwich are eyed by Milner as he looks to ensure returning fans are treated to positive results.

“Having our fans here today singing all the way through and seeing them at the end, amazing to have them back and obviously it will be special next week at Anfield as well,” Milner told LFCTV.

“We’ve missed them and hopefully we can keep putting in performances and getting results like today for them.”