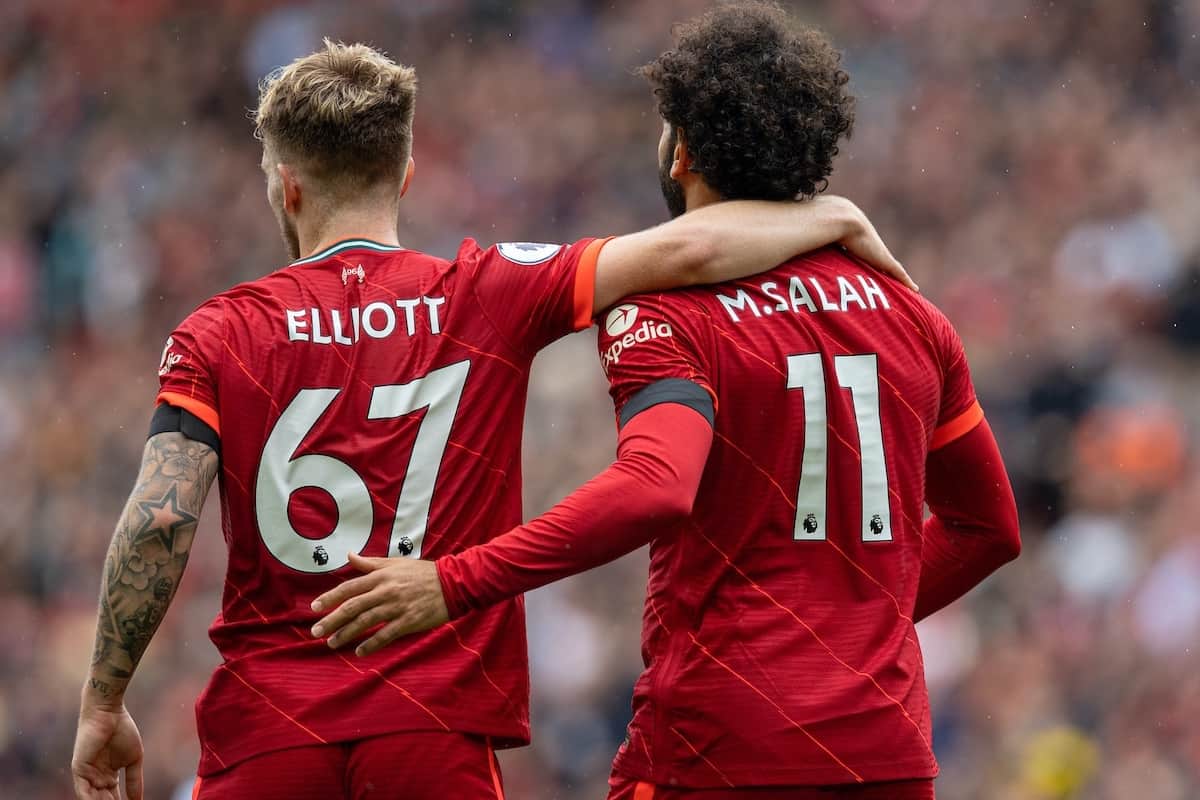 Jurgen Klopp believes he could have landed on another tactical ace as Harvey Elliott completes a new “triangle” in his side, after Liverpool’s 1-1 draw with Chelsea.

Elliott made his second consecutive start for the Reds and, after a full Premier League debut against Burnley, was given a big show of faith as he kept his place against Chelsea.

The 18-year-old’s inclusion came at the expense of Naby Keita, with Fabinho returning to the side, and throughout a 90-minute showing at Anfield he certainly justified the call.

As was evident in the 2-0 win over Burnley, Elliott’s chemistry with Trent Alexander-Arnold and in particular Mohamed Salah gave Liverpool another edge on the right-hand side.

Speaking to Sky Sports after the game, Klopp lauded the performance of his No. 67 and noted how effective this “triangle” has been.

“Really good. The triangle on the right-hand side worked pretty well,” he explained.

“That’s important for us, the understanding between Mo, Trent and Harvey is really good. Three footballers on this side works really well.

“Harvey just looked completely fine, I could see he wasn’t exhausted or whatever, he always had the ball and was trying to get through the wall.”

“He is in the right place. He’s a smart player. He didn’t look tired for a second and kept going.”

It came as something of a surprise to see Jordan Henderson withdrawn instead of Elliott as Thiago was brought on midway through the second half.

But Klopp explained the thinking behind substituting his captain, who – like Andy Robertson – is still working his way back to full fitness.

“Hendo didn’t really have a proper pre-season, played last week absolutely too early and today I wanted his energy,” the manager said.

“He played a super game but step by step, same for Robbo, come on, try fresh legs, let’s go.”