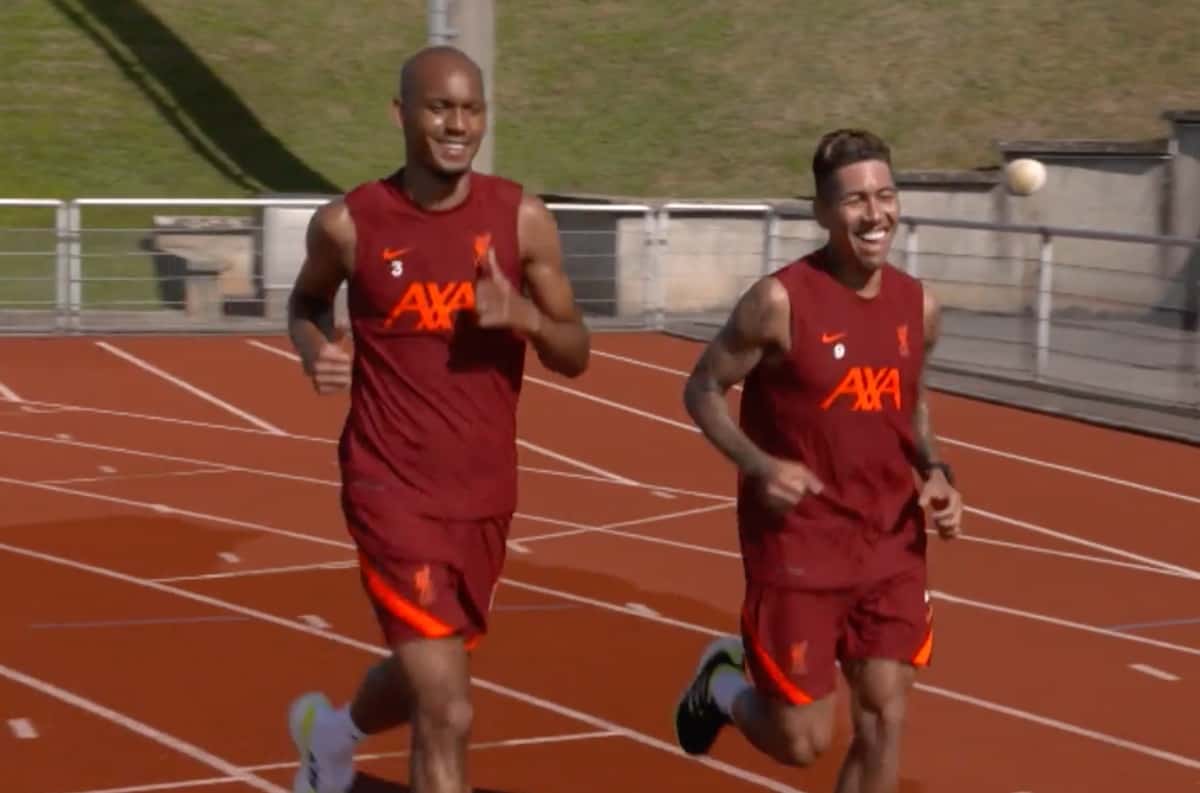 Roberto Firmino and Fabinho returned to the track on Monday as their pre-season training finally got underway in France, with Jurgen Klopp not eager to ‘kill them on their first day.’

Following their exploits in Copa America in Brazil, the duo alongside Alisson were able to enjoy a three-week break to recharge the batteries after a taxing season.

Sunday marked their arrival at the training camp, rejoining Klopp’s squad, the majority of which are three weeks into their preparations for the year ahead.

Their arrival means the Reds are only without Jordan Henderson, who is enjoying an extended break, with the season opener now only 11 days away.

The Brazilian trio could yet be involved on Thursday in one of the double-headers against Bologna, with Klopp hinting at “maybe 15, 20, 30 minutes,” with the lactate test now behind Firmino and Fabinho. 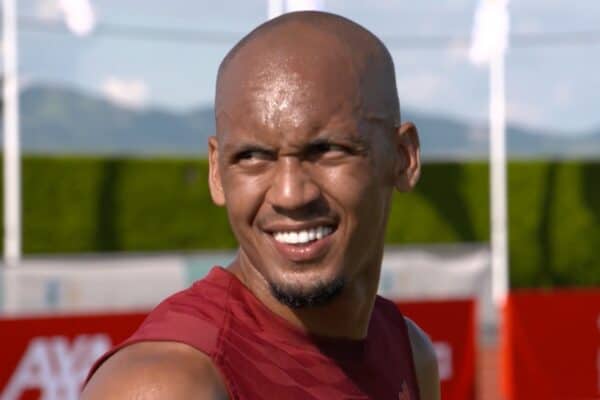 The pair hit the running track on Monday in Evian, where their teammates were enjoying running sessions of their own but had time for passing words.

Mohamed Salah was quick to say in jest, “relax, relax, it’s still a holiday” as they ran past with Andy Robertson hot on his heels with words of his own.

Klopp, on the other hand, who was sporting a grin, was overheard saying on LFCTV: “I didn’t want to kill you on your first day…I thought we’d do it on the second!”

And they didn’t need to look far to see what lay in wait as they push on with their pre-season, with time not on their side as they look to get up to speed.

But the games against Bologna on Thursday and the back-to-back Anfield friendlies with Athletic Club (August 8) and Osasuna (August 9) will no doubt assist in the matter before the trip to Norwich.

Alisson can be expected to start the season opener after Caoimhin Kelleher and Adrian stepped up throughout pre-season to date, while 191 minutes for Brazil for Fabinho holds him in good stead to get his wheels back in motion.

And with Alex Oxlade-Chamberlain yet to impress after being used as a No. 9, nor Takumi Minamino or Divock Origi, there could be a greater urgency to see Firmino get back up to speed.