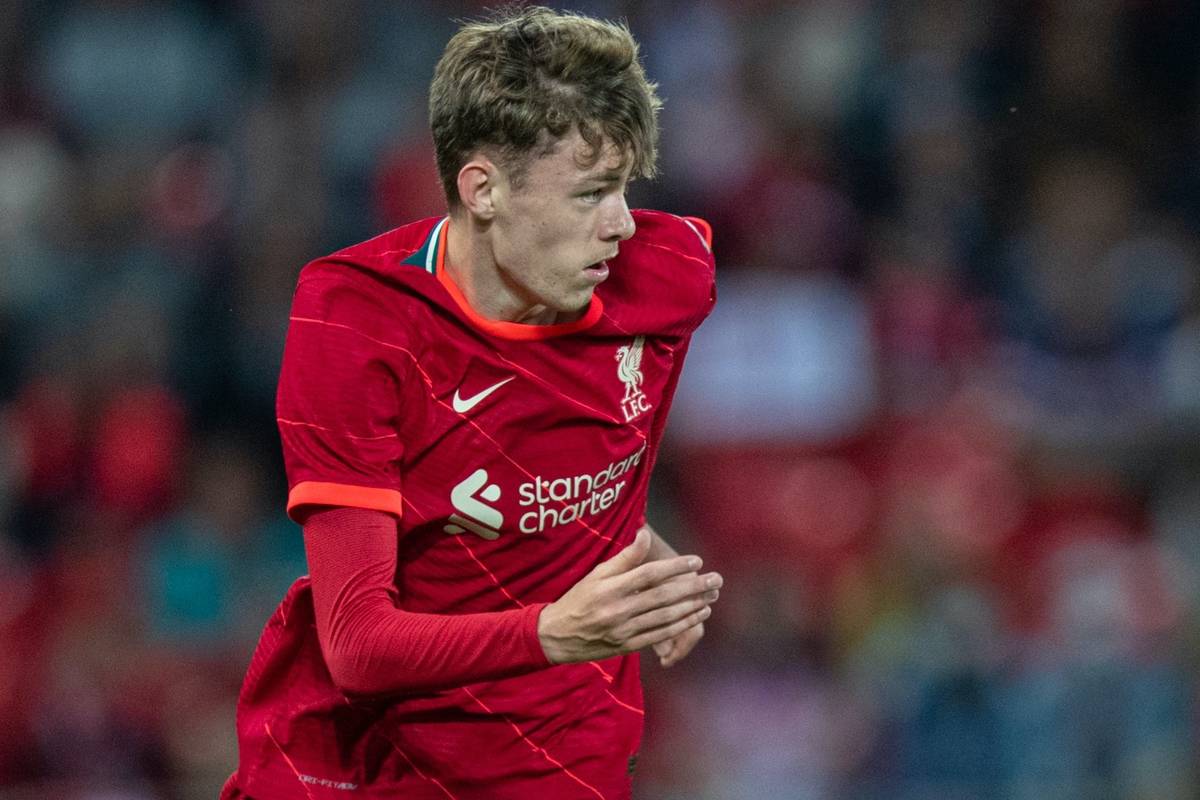 Liverpool right-back Conor Bradley has kept his place in the Northern Ireland squad after his surprise debut in May, despite having yet to play for the first team.

Bradley is one of the most highly regarded talents in the Reds’ academy, and was part of Jurgen Klopp‘s senior squad for pre-season training in Austria.

The 18-year-old featured in the friendlies against Stuttgart and Osasuna, before rejoining the under-23s for the start of the new campaign, which saw him assist twice in Monday’s 3-1 victory over Everton.

While Neco Williams is established as backup to Trent Alexander-Arnold, Bradley is expected to be involved in first-team training on a regular basis throughout 2021/22.

He is also part of the Northern Ireland squad for next month’s clashes with Lithuania, Estonia and Switzerland, two of which are World Cup qualifiers.

This follows his shock call-up to Ian Baraclough’s side at the end of last season, which brought his international debut as a late substitute in the 3-0 win against Malta in May.

Tellingly, Bradley is the least experienced player in a squad that has seen the likes of Steven Davis, Jonny Evans, Jamal Lewis and Corry Evans recalled.

Stuart Dallas and Craig Cathcart are among the other Premier League regulars involved, along with familiar faces such as Shane Ferguson, Paddy McNair and Conor Washington.

Though Northern Ireland are a low-ranked side, the calibre of Bradley’s team-mates is a testament to the esteem he is held in by Baraclough despite having yet to make his competitive debut for Liverpool.

Whether he features in the World Cup qualifiers against Lithuania and Switzerland remains to be seen, but his inclusion suggests he could at least be involved in the friendly against Estonia.

If he does, he can hope to give a good account of himself when handed another big chance.