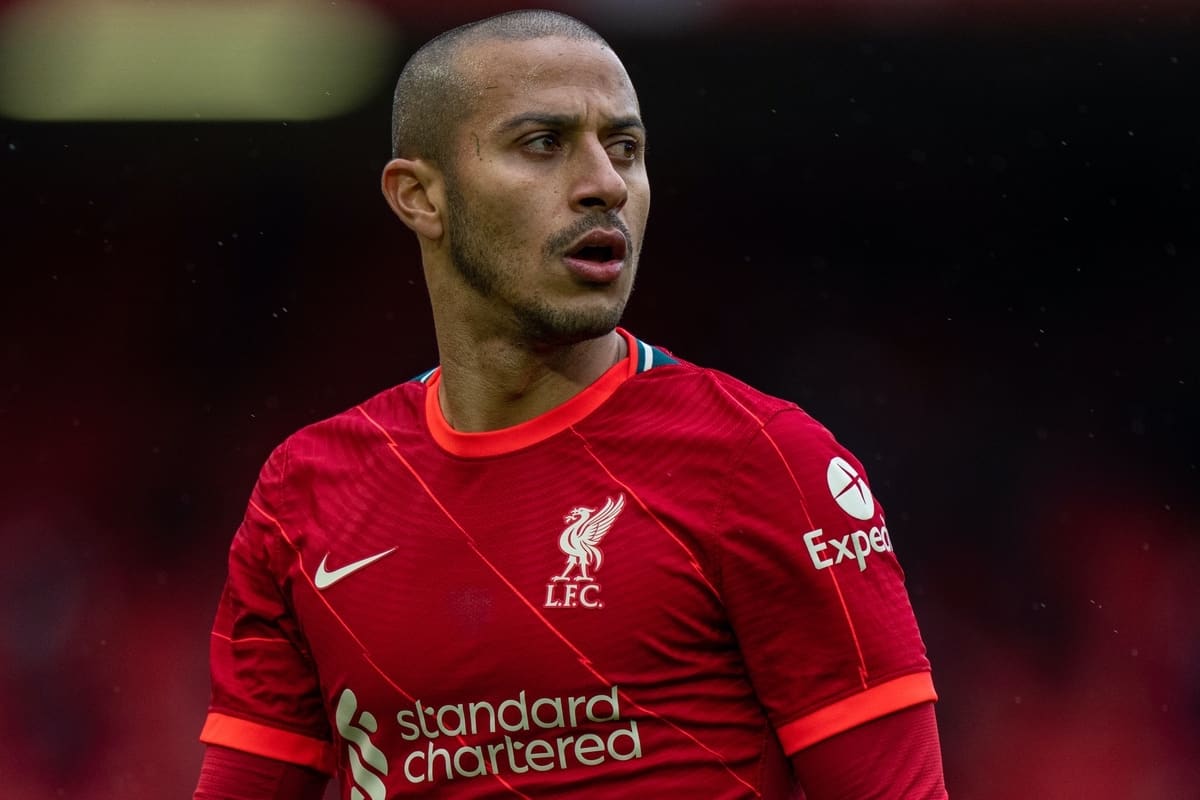 Thiago is yet to return to team training with Liverpool this pre-season, though there are no major concerns with the Spaniard ahead of Thursday’s clashes with Bologna.

The Reds will play their Serie A opposition twice this week after organising a pair of 60-minute friendlies in Evian, which allows Jurgen Klopp to give his entire squad game time.

“For sure now we have enough players who have to play 60 minutes, that’s clear,” the manager has explained.

“But we have some, they are maybe not allowed or should not play a full 60, so some will play 30, this kind of stuff.”

Klopp will name two different XIs for the back-to-back games, while some players like Virgil van Dijk and Joe Gomez are available as substitutes as Liverpool manage their minutes.

Thiago may also fall into the 30-minute bracket, with medical staff eager to ease the 30-year-old back into action despite his quiet summer with Spain at the Euros.

Liverpool’s No. 6 played just 64 minutes on the way to the semi-finals before embarking on a post-season holiday to Paris and Ibiza, but he is yet to rejoin his team-mates in full sessions for pre-season.

According to the Liverpool Echo‘s Ian Doyle, however, there is no issue for Thiago or Neco Williams – who was also absent on day one in Evian – with Liverpool simply giving certain players individual programmes. 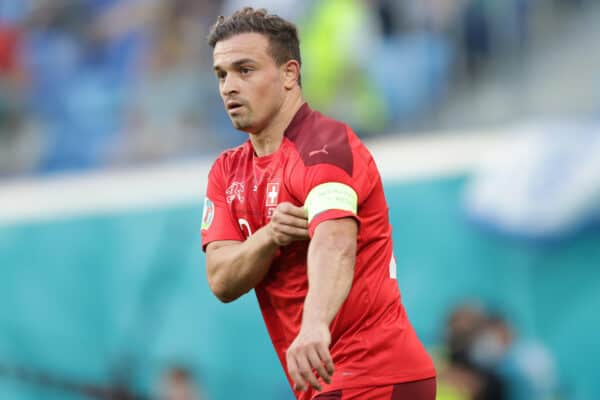 Two players who should definitely be involved against Bologna are Divock Origi and Xherdan Shaqiri, however, with the pair a part of team training on Sunday.

Origi was absent for the friendly against Hertha Berlin last week, but was back with the group in the days after and can be expected to at least make the substitutes’ bench against Bologna.

Shaqiri rejoined the squad at the same time as Thiago, but unlike his fellow midfielder has already been back in regular sessions, and should figure in Klopp’s plans despite announcing his intention to leave.

The Swiss is attracting interest from Lazio and has expressed his desire to join the Serie A club, with Liverpool seeking around £13 million.

Also considered for sale, Origi is yet to garner any concrete interest, though Wolves have been suggested as a possible landing spot while Goal‘s Neil Jones reports that sides in England and Germany are weighing up moves.

Deals for Shaqiri and Origi are not guaranteed, but their exits would not only bring in funds for further signings but also free up non-homegrown slots in Klopp’s squad.

There are no restrictions in pre-season, of course, and therefore so long as they remain with the club, they will be factored into Liverpool’s warmup schedule and beyond.