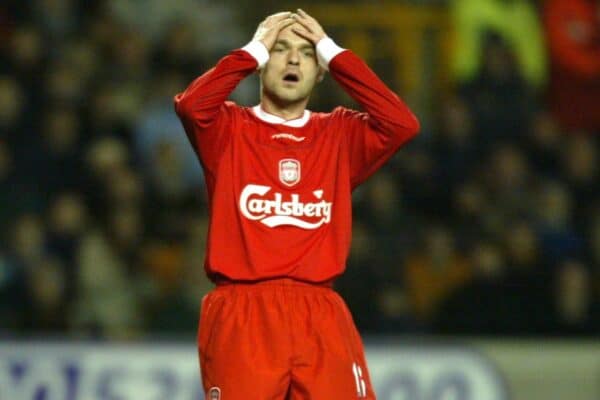 Ex-Liverpool player Danny Murphy has become strangely angered by the appointment of a set-piece coach at Aston Villa, and Thomas Gronnemark has put him in his place.

Saturday saw Danny Ings score his second goal in as many games after a surprise move to Villa earlier this summer, and it was a top-class finish with an overhead kick.

It displayed the immense talent of Ings as a striker, and also the attention to detail at the club as it came through a long throw from Matty Cash’s long throw, flicked on by Tyrone Mings.

After the game, manager Dean Smith gave “kudos” to new set-piece coach Austin MacPhee, revealing that the long-throw situation had been worked on during pre-season.

But in reaction, speaking on talkSPORT, Murphy questioned the need for specialist coaches – including set-piece and throw-in coaches – as he believes the manager and his first-team coaches should be able to fulfil the role themselves.

While Murphy insisted he was “all for attention to detail” and “trying to get marginal gains from anything,” he argued that “every club I’ve been at, one of the coaches does the set-pieces.”

He pointed out that Phil Thompson covered set-pieces while he was playing for Gerard Houllier at Liverpool, and specifically criticised a throw-in coach as “beyond” him.

“My belief is that if you’ve got two very good coaches in the building – and yourself the manager, who is paid to be a coach and a manager of the team – why are you needing somebody else to tell you how to work on throw-ins?” he added.

Murphy attempted to cover all bases in stressing that analysis and focus on marginal gains was an important part of the game, but for some reason he was stuck on the appointment of specialists.

The clue is in the name, of course, and Liverpool’s throw-in coach Gronnemark – who also works with the likes of Ajax, RB Leipzig, KAA Gent, FC Midtjylland and Atlanta United – was on hand to explain it to Murphy.

It's pretty simple. If the specialist coach have been researching his/her subject for 17 years… every day, like I have, then an assistent coach will never have a single chance to have the same knowledge around that subject. They are more generalists.
That's why they bring me in

“If the specialist coach has been researching his/her subject for 17 years…every day, like I have, then an assistant coach will never have a single chance to have the same knowledge around that subject.

“They are more generalists. That’s why they bring me in.”

It is a basic explanation, and it is strange that the reliance on more specialist coaches is still such a major point of contention among those who have worked in the game at a high level.

Put simply, if the opportunity is there to consult or work with a coach who has more experience or knowledge in a field than yourself, why not do it?