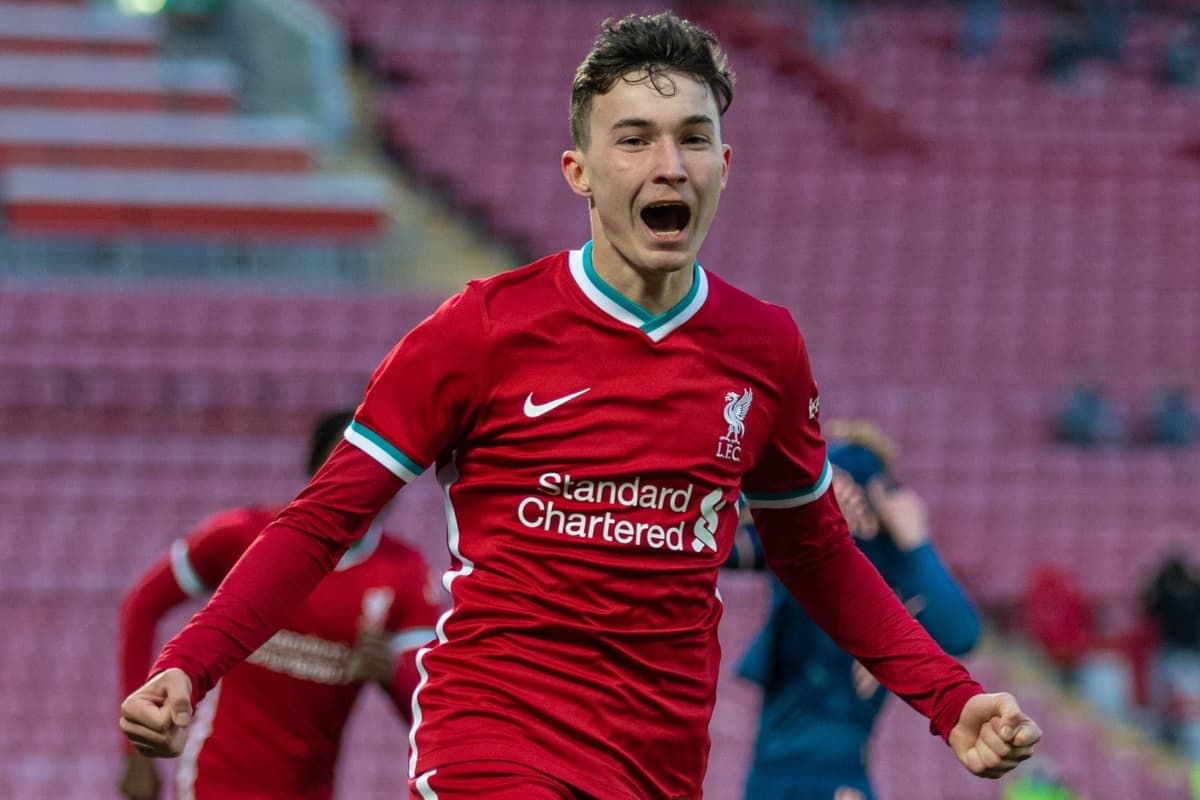 Mateusz Musialowski is one of the players most highly regarded in Liverpool’s academy setup, and the young Pole is being moulded into a first-team ready forward.

Only bad fortune kept Musialowski from making more of a mark during the Reds’ pre-season training camp in Austria, with the 17-year-old suffering a knee injury in training.

He was subsequently left out of the squad to travel for the second leg of the tour in France, instead returning to Kirkby to pick things up with the under-23s.

Despite his young years, Musialowski is now considered a full-time member of Barry Lewtas’ U23s squad, and is likely to train with the first team on a regular basis too.

The teenager made his debut at U23 level in Sunday’s 0-0 draw with Man City, leading the line as a No. 9 in a role similar to that seen in the second half of his maiden season with the club’s under-18s.

A winger or No. 10 by trade, Musialowski will be looking to become more well-rounded in order to emulate the likes of Mohamed Salah, Sadio Mane and Diogo Jota, with a view to becoming an option for Jurgen Klopp.

“I think the beauty of being a front player now, it was like the first team [against Norwich],” Lewtas told the Liverpool Echo of the need for versatility.

“You’ve got three players there who’ve all played on each side of the pitch. Look at Jota who played through the middle.

“I suppose the front line of any elite team is quite versatile, in terms of where people operate, and that’ll be something we’ll strive to explore with Mateusz as well.”

Ensuring Musialowski is capable of stepping up to elite standard will be a long process, but while he already caught the eye with 12 goals and five assists in 26 appearances last season, equally as important is his work off the ball.

The youngster was already a hardworking attacker when he joined, but will continue to develop that side of his game as part of the U23s.

“He played in a little bit of a different position and that was for tactical reasons really,” Lewtas reflected after the 2 opener.

“We just felt maybe we could put an extra player in the middle and maybe try and get a little bit more possession.

“That’ll be a brilliant game for him today, he’ll learn an awful lot. And I think he did a lot on the other side of the game which, you know, he’s going to have to develop.”

The U23s are next in action on Monday night, with a trip to Everton bringing the first Merseyside derby of the season.