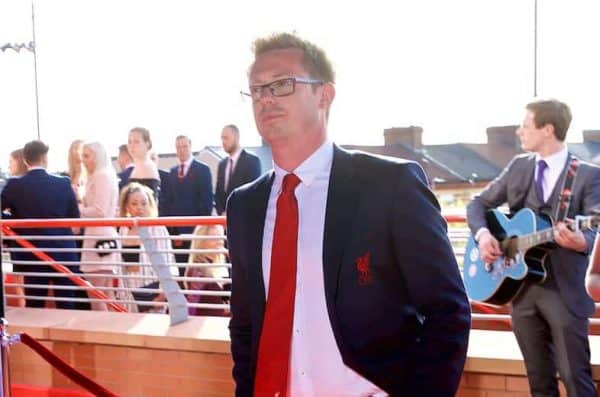 Liverpool’s transfer guru Michael Edwards is expected to depart the club next summer and the news has caused a wide array of emotions and thoughts for Reds.

The club’s sporting director has overseen a significant transformation since stepping into the role back in 2016, helping to elevate the club to the top of European and English football.

Edwards and his team are revered for their transfer dealings and thorough analysis, with Jurgen Klopp backing their expertise.

But reports on Monday state that Edwards is expected to step down at the end of the current season after 10 years with the club, although Liverpool are rightly keen for him to stay.

A formidable force in transfer dealings, Edwards’ reported departure is one that led to mixed reactions from fans:

It's disappointing, but the possible Edwards exit isn't necessarily surprising. What will be +10 years building at #lfc including several as SD is a decent stint, and if he has ambitions – I don't know! – to become a club CEO, that pathway isn't one likely to be free soon.

We always talk about Edwards' brilliant track records when it comes to signings, but I also often wonder how many we might have missed out on because of his hardball approach to negotiations. Think we'll be fine without him.

I’ve said post Klopp, LFC are in trouble and I stand by that. Squad will have aged significantly, investment clearly limited and following Jürgen always going to be a massive task. Just hope we maximise our potential before he leaves.

Him leaving will be a huge loss but hope that the club retains the team he has working in the background.

I wouldn't be as crestfallen as others about the Edwards news. The promotion of Julian Ward means this was anticipated and so they would have gotten their ducks in a row. Besides, it seems a job with a limited shelf life.

Michael Edwards has been an integral part of #LFC’s recent success, and would be a huge loss. Big shoes to fill but with a squad rebuild ahead maybe he feels timing is right for a change. Next 18 months will be huge for FSG to prove club can keep moving forward.

Didn't quite compute that Edwards has been here 10 years. Hopefully he stays, he's had a huge impact on the club. Bit of a modern day Peter Robinson, possibly https://t.co/vrsjODxdIj

So that Edwards news is… worrying ?

… in all seriousness, this would be a bit of a blow from everything I’ve read and heard about the lad Edwards. Wish him the very best.

An integral part of Liverpool’s rise to the top, Edwards will be a significant loss to the club but there certainly looks to be a succession plan in place should the Reds fail to keep him on board.

Julian Ward was promoted to the role of assistant sporting director at the end of 2020 and has been with the club since 2020, earning a strong reputation in the process both internally and externally.

In the never stopping football train, a smooth transition is paramount in roles such as these.