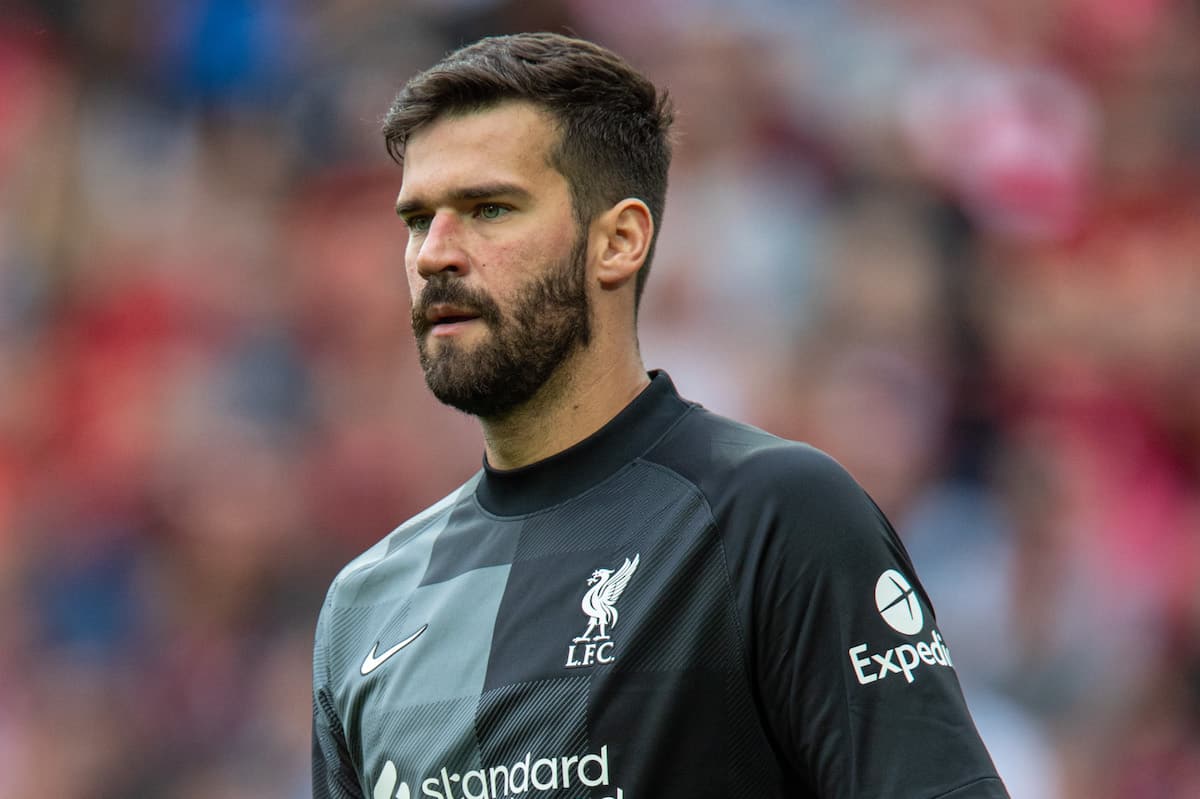 Liverpool are yet to officially release their new Nike third kit for the 2021/22 campaign, but Thursday’s friendlies against Bologna quietly revealed the goalkeeper kit.

The Reds have already unveiled their home and away kits for the new season, but the third kit is not slated for launch until September.

Nike are into their second term providing kits and merchandise for Jurgen Klopp‘s side, with their designs sparking mixed reviews from supporters – as seen with the reaction to the home and away offerings for 2021/22.

Liverpool took on Bologna in two 60-minute friendlies on Thursday afternoon, producing a combined 3-0 victory as Klopp fielded a total of 30 players.

Among those to start was Alisson, making his first outing of pre-season, taking over between the sticks from Caoimhin Kelleher for the second game – before being replaced by Adrian after 30 minutes.

Striding out onto the pitch at the Camille Fournier Stadium, the Reds’ goalkeeping trio wore a previously unseen kit – which, admittedly, is similar to their home kit from last season.

With black shorts and socks, the kit is best distinguished by its black-and-grey patchwork design for the shirt, with the logos – including the LFC badge – in white.

The kit is based on the current Nike goalkeeper template, with the same design used for the likes of Barcelona, Chelsea, Tottenham and Galatasaray heading into the new campaign. 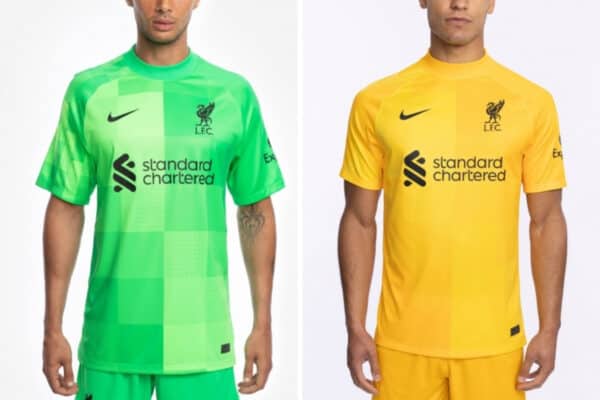 The soft unveiling of the new Nike third goalkeeper kit was not the only thing that caught the eye on Thursday, with the Reds’ outfielders taking to the field a strange combination of their home and away kits.

A communication breakdown between Liverpool, Bologna and the referee led to a clash between the Italian side’s all-white kit and the Reds’ plan to wear their away kit.

Instead, Liverpool were required to wear their home shirt with the away shorts and socks, with the end product resembling closer to a Man United kit – which fans described as “absolutely bizarre.”