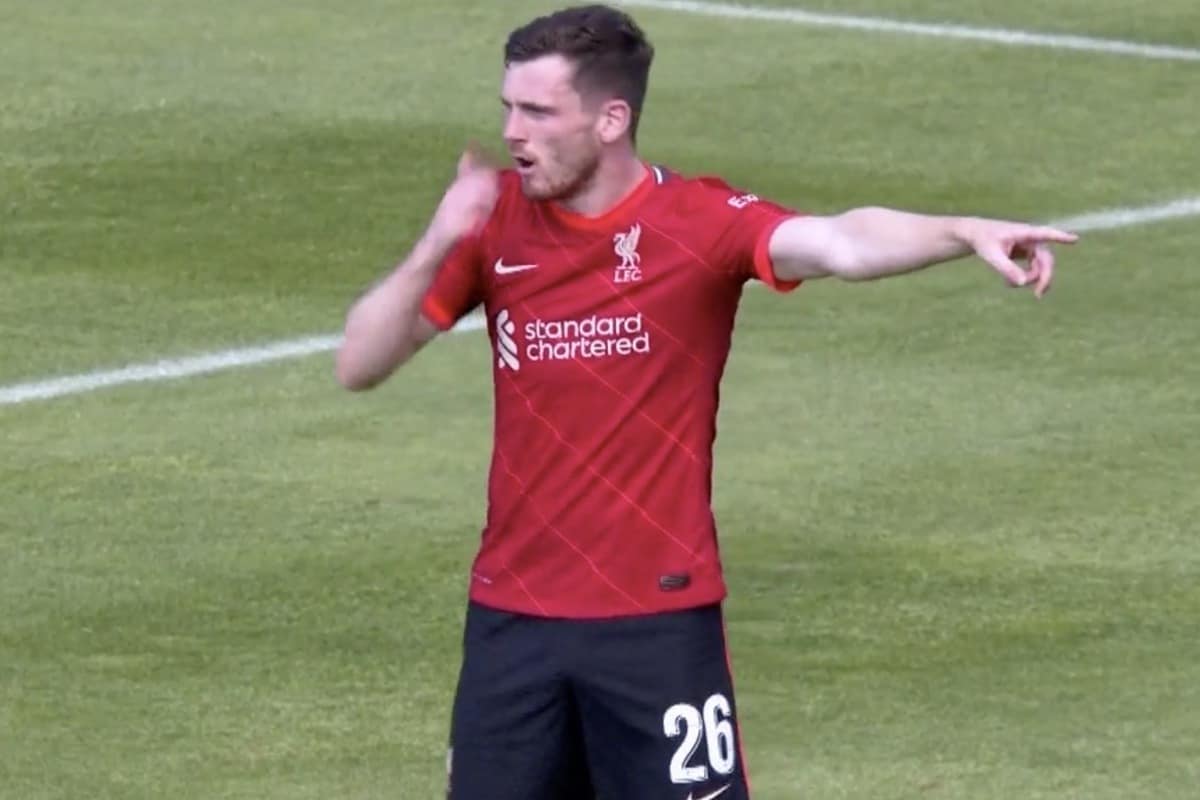 Liverpool ran out 2-0 winners from their opening friendly against Bologna on Thursday, but supporters were left bemused by their red, black and white kit combo.

Goals from Sadio Mane and Diogo Jota were enough to seal victory over the Serie A outfit in Evian, in the first of two 60-minute friendlies on the banks of Lake Geneva.

It was a positive runout for what was close to Liverpool’s strongest possible side in pre-season, most notably as Virgil van Dijk played 42 minutes in his first start back from injury.

There was also a clean sheet for Caoimhin Kelleher and a full hour on the pitch for the likes of Andy Robertson, Naby Keita and Joel Matip, plus a rare outing for Ben Woodburn.

Fans can consider it a productive display from the Reds, despite the lack of quality on show from Bologna, but there was one talking point that had onlookers scratching their heads.

Against a side wearing all white, Liverpool wore their home shirt along with the black shorts and white socks from their new away kit, in what resembled closer to a Man United strip.

Liverpool have gone full Man United with this absolutely bizarre kit combo. And the white socks match the opposition's. Weird.

This kit is not Liverpool. Bring back Graham Carter.

This is a United kit… pic.twitter.com/A2csp1MfUz

Liverpool are playing in red shirts, black shorts, and cream/green socks, against Bologna who are all in white. I expect I’ll go to my grave never knowing why.

Those are United colours ?

Liverpool clearly wearing this kit to distract us all from no signings.

There is likely a simple explanation, for example a lack of shorts and socks available for at least 22 players over two 60-minute games, but it was still a strange sight.

Kit clashes do at times force a mixup of home, away and third kits in the regular season, with even the slightest similarity prompting a change.

Hopefully this won’t happen too often, though, as it isn’t a colour scheme that suits the Reds!