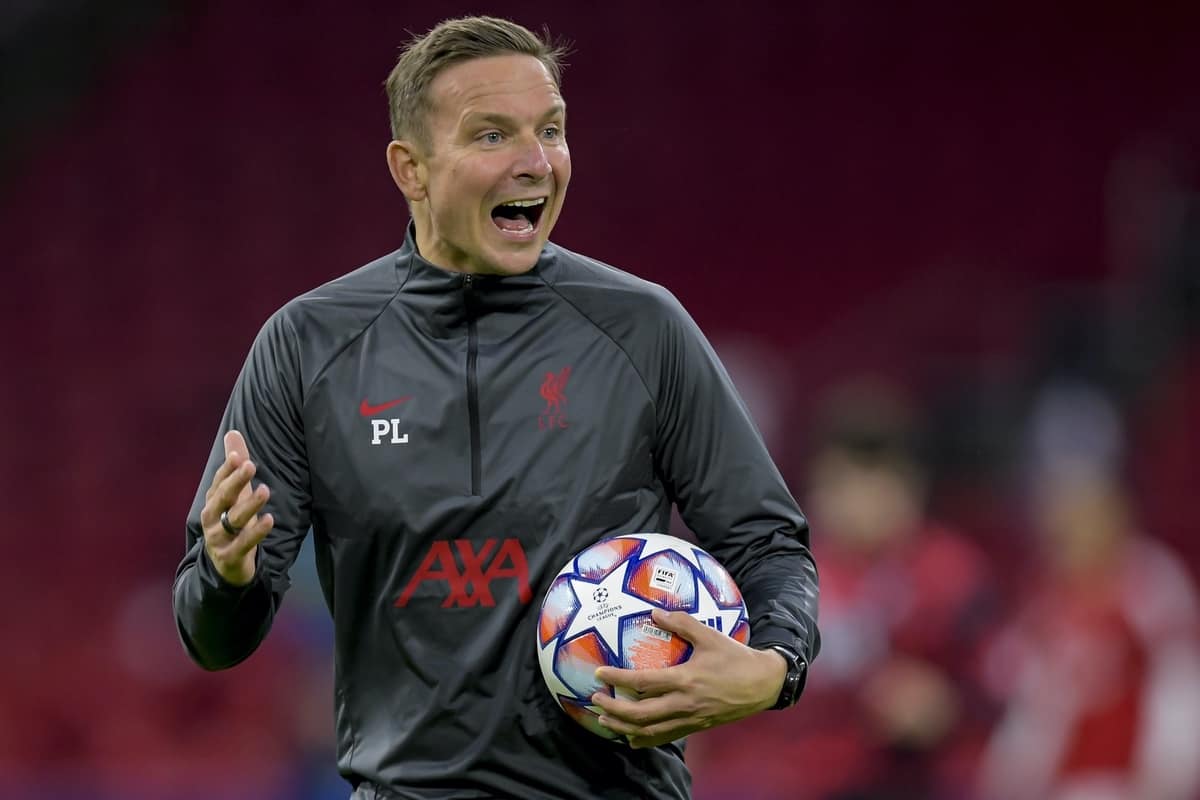 The Liverpool squad return to Merseyside on Saturday after a month away for an extended pre-season training camp in Austria and France.

The Reds have played six friendlies of varying length and different quality of opposition and now face Spanish sides Athletic Club and Osasuna at Anfield on Sunday and Monday, respectively.

A full month away for pre-season has never been done before, and assistant boss Pepijn Lijnders has been reflecting on the crucial time in his final LFC diary entry.

One thing that is always noticeable with this current Liverpool squad is the team spirit, unity and camaraderie, with Lijnders noting: “I enjoyed each minute. A squad like this is a manager’s and coach’s dream.

“As Jurgen often says, a pre-season is to create a base, get in the best shape possible and create team spirit. The time was especially good for that and we achieved it.

“We use it to work on our football; Jürgen calls it a trampoline for the season.” 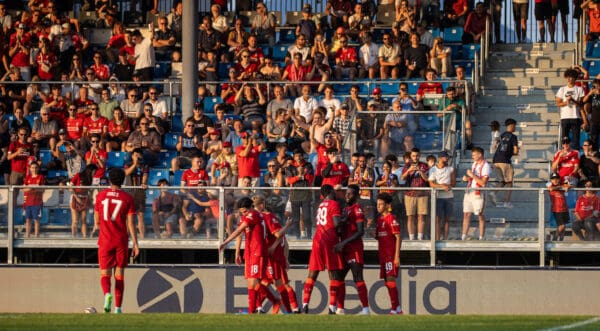 The month away, isolated in a covid-secure bubble, has meant that Liverpool are one of the few Premier League teams not to have had their summer plans disrupted.

“With a longer pre-season we can draw a line after last season,” says Lijnders. “A restart. A new deal, to give everything we have with everyone who is with us. We like the challenge.

“In these four weeks we could focus on football, on creating team spirit. The boys were outstanding.

“Last year we found a reason to re-invent ourselves. That’s a good thing. It’s not about climbing Mount Everest; we did that, is what Jurgen said. It’s about coming back, that was the hard path, we made it in the end to base camp. But we suffered.

“And this is where we can improve. You learn the most by experiencing highs and lows. We did that. We learned a lot we can use going into this season.

“The message in Jurgen’s team meeting on Friday night was one full of belief in each other.”

The likeable Dutchman concluded his diary from pre-season with a lovely message to the families of the players and the staff after a month apart from their partners.

“This is the moment to say thanks to all our families, we are nothing without you,” acknowledges Lijnders. “You are home, going on with life, while we are away for four weeks. Thanks to you all for the constant support. Hopefully we can quickly organise something for us all together soon.”

A month-long pre-season training camp, with no local domestic friendlies, has never been done before, but unusual times call for unusual measures and Liverpool appear to have been highly successful in ensuring their pre-season went smoothly, unlike many others.

And finally, a message to the Liverpool supporters who will finally get to see the team again at Anfield on Sunday: “We’ve missed you and we cannot wait to be back with you.

“We’ll see you at Anfield very soon, the stadium no club in the world can sign.”