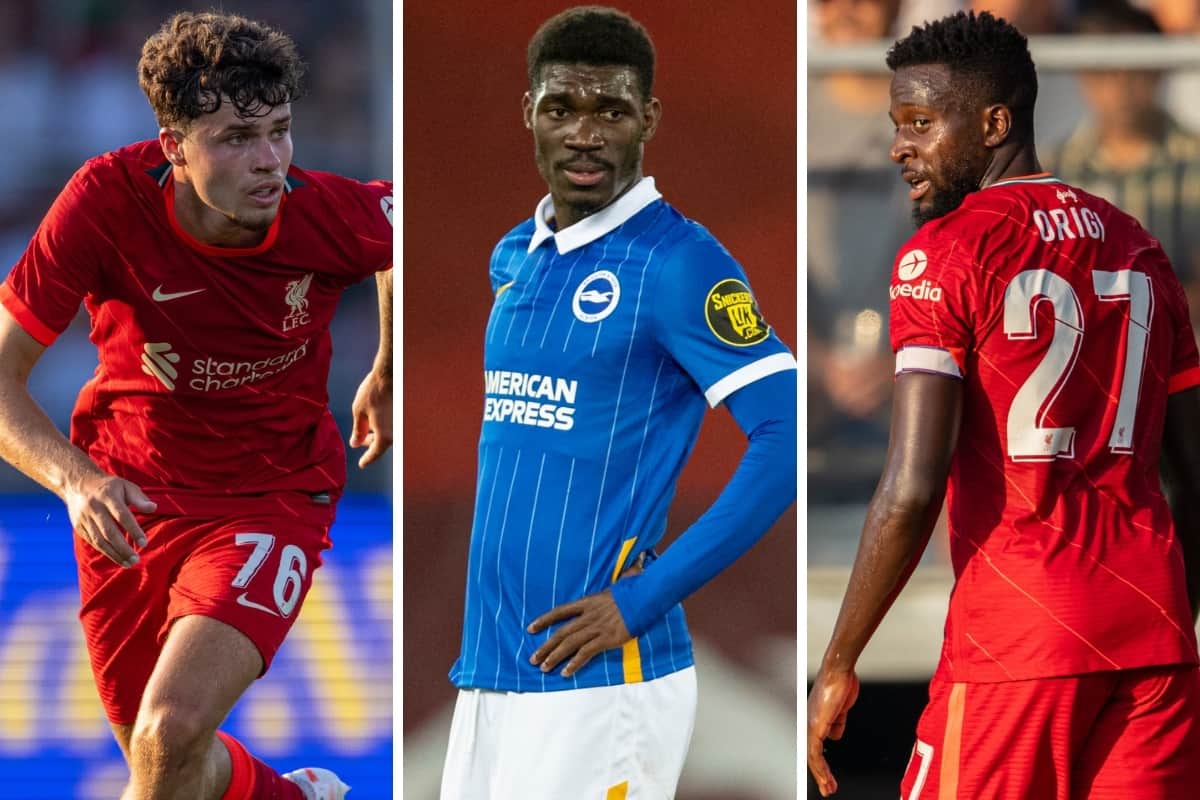 We have entered the final month of the summer transfer window and Liverpool still have plenty of business to conduct. So what can we expect before August 31?

The Reds have so far made just one signing since the transfer window opened, that being £36 million centre-back Ibrahima Konate.

Five players have been sold to the combined value of £33.3 million, while Gini Wijnaldum was among seven to be released with the Dutchman joining Paris Saint-Germain on a free transfer.

Liverpool have also sanctioned five loan deals, with Sepp van den Berg and Paul Glatzel among those to depart for new clubs on a temporary basis.

The transfer window for English clubs closes at 11pm on August 31, by which point the Reds will have already got their Premier League campaign underway with clashes against Norwich, Burnley and Chelsea.

There is clearly a lot more to do for Michael Edwards, so what can fans look out for?

Clearly, the most exciting part will be who follows Konate through the Shankly Gates, with at least two positions needing to be strengthened.

It is widely reported that Liverpool are looking to bolster their ranks in both midfield and attack, though whether they add to their forward options depends on whether they can shift a number of fringe players.

With Wijnaldum having left, Jurgen Klopp is set to work with Fabinho, Thiago and Jordan Henderson as his first-choice midfield, but despite Harvey Elliott emerging as a viable candidate, the departed No. 5 will still need to be replaced.

The sale of Marko Grujic opens up a spot, and the likes of Yves Bissouma, Ryan Gravenberch and Floran Neuhaus have been mentioned as targets – as it stands, Bissouma seems the most likely addition.

For the attack, Liverpool have been linked with a variety of players, largely who have been from the Premier League, including Aston Villa‘s Ollie Watkins and West Ham‘s Jarrod Bowen.

Bowen has popped up on the radar most recently, but there is a sense that reports of a possible move for the 24-year-old could be a distraction as the Reds work on a surprise acquisition.

It has been regularly claimed that Liverpool will need to sell to buy this summer, and while that is true in a sense, it is perhaps not in the way many would expect.

The reality of the situation is that the Reds are required to reduce the numbers within their squad to avoid any difficulty in registering players when the transfer window closes.

So as much as sales will raise funds for further signings – and that is as straightforward as it comes – they will also free up places in the Premier League squad, and in particular for the coveted non-homegrown slots.

The most high-profile players considered up for sale are Xherdan Shaqiri and Divock Origi, while the club would be open to offers for Nat Phillips and Neco Williams if the pair wish to leave.

Others who the club will actively look to sell are Loris Karius and Sheyi Ojo, while there are doubts over the futures of Ben Davies, Ben Woodburn and possibly even Takumi Minamino.

From the academy, both Tony Gallacher and Elijah Dixon-Bonner have been encouraged to find new clubs, with the latter currently on trial with Portsmouth.

As ever, Liverpool will look to utilise the loan market further this summer, with Elliott’s breakthrough campaign with Blackburn the perfect example to follow.

Rhys Williams is likely to drop down to the Championship for first-team football as, despite his string of starts for the Reds last season, the 20-year-old requires more experience.

The 19-year-old midfield pair of Leighton Clarkson and Jake Cain were regulars in training and matchday squads last term and could remain as useful options for Klopp.

But the reality is they would find themselves on the periphery at this stage, and a season in the Championship or League One would benefit them more than another year on the fringes for Liverpool.

Clarkson is attracting interest from Blackburn, which could provide the ideal landing spot for the hugely talented deep-lying playmaker.

Some of the more senior players within Liverpool’s under-23s squad could also head out on loan, including Morgan Boyes, Tom Clayton and Luis Longstaff, who are all 20.